4-H Horse Lovers triumph, the Aktion Club gives to those in need, and more

There is also a tribute to NPS superintendent Joseph Salvatore.

The newsletter, which is about the environment and people of the Upper Delaware River Valley in New York and Pennsylvania, has been published free of charge by the UDC since 1988.

To view the newsletter online, visit upperdelawarecouncil.org/wp-content/uploads/fall-winter-2022-newsletter.pdf. The website also offers an archive of past issues on the Publications page.

BEACH LAKE, PA — It was a special Christmas party for special kids.

On November 27, the club hosted its annual Christmas party for children with special needs at the Central House Resort.

Everyone enjoyed a delicious dinner prepared by Fred Thuman and the team at the Central House, a club member reported, and each child received a present from Santa and a fruit bag.

“I am honored to announce that the Honesdale Lions Club has been able to give back to our community for 65 years with a special dinner for special children,” said club president Bill O’Neill.

He thanked Tiffany Dzwieleski and the rest of the Schemitz family for the role they played in organizing the party. “I know Rudy Schemitz would be very moved to see you continue the work he had done on this event for many years. As Lions, as our motto says, ‘We serve.’”

The Honesdale Lions Club meets on the first Monday of each month at the Honesdale Golf Club at 6:30 p.m.

As Lions, the club member said, “we know that when caring people join together, roll up their sleeves and take action to make our community better, it’s a beautiful thing and an incredible feeling for everyone involved… Being a Lion is about leading by example, building relationships, and improving the world through kindness. We are honored to be able to serve our community in this way for the last 65 years.”

Learn more about the club on its Facebook page, Honesdale Lions Club.

MILFORD, PA — Ed Mosher is used to staying on track.

Retired after 43 years as a locomotive engineer with the Erie Railroad, he recently followed his personal track when he established a donor-advised fund with Greater Pike Community Foundation.

“I was looking for a way to give back to the community,” the 88-year-old Milford Landing resident said. “I’ve always had the desire to help others who need help.”

Mosher, who has a personal connection with cancer in his family, plans to direct funds to St. Jude’s Children’s Hospital as well as other cancer-support organizations. The self-proclaimed animal lover also plans to assist animal shelters and local food pantries, “who do so much for the community.”

“Greater Pike is helping me to direct my contributions to causes that are important to me and that can use the help,” he said, adding that he is happy to be able to “give back anything to the community for whatever needs they have for whatever reason.”

Online donations to the Edson D. Mosher Jr. Fund can be made at greaterpike.org/fund_list/. Scroll down to the fund name for the link.

Greater Pike helps individuals, families and local businesses provide a permanent and personal way to give back to the community. For more information, contact the Greater Pike executive director at 570/832-4686, info@greaterpike.org, or visit www.greaterpike.org and Facebook.com/GreaterPike.

BETHANY, PA — At the November meeting of the Bethany 4-H club, the officers were elected for the new 4-H year.

During the club’s November community service, members collected hats and gloves, which will be donated to the community. 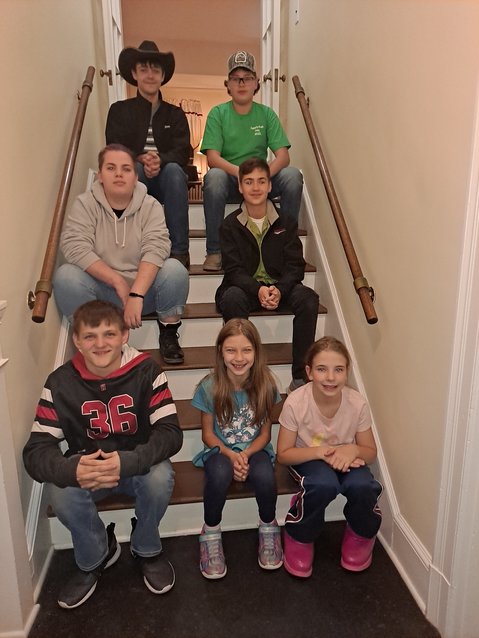 Monti Kiwanis give Thanksgiving to others

The food items were distributed to families in need in the community. 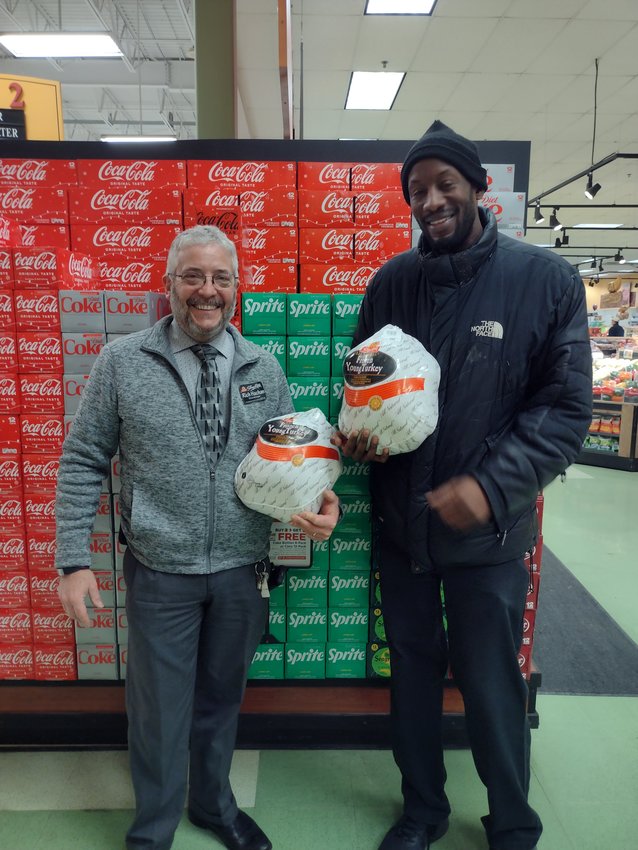 HONESDALE, PA — The Wayne County YMCA and its board of trustees were recently informed by Sen. Lisa Baker and Rep. Jonathan Fritz that the group was approved for a PA neighborhood assistance grant.

The grant was funded by the Dime Bank, the Wayne Bank, and National Bank; each donated equal shares of $124,250. Each institution will receive Pennsylvania tax credits in exchange.

The grant will fund a variety of costs associated with the construction of a new YMCA building for Wayne County.

According to Eric Linde, chairman of the construction committee for the YMCA, the grant will fund Phase 1 of a four-phase building project.

The proposed site for the new YMCA building will be a 20-acre parcel of land, located on Spinner’s Road, two miles outside Honesdale, off Route 191 South.

The property is being donated by the Wayne Memorial Hospital Systems board of directors.

Tina Hoehn, executive director of the YMCA, described the grant as an incredibly important first step toward making a modern, up-to-date facility.

A national market study firm will conduct local surveys to determine what programs and facilities should be included at the new building.

Paul Edwards and Paul Meagher, co-chairs of the Y board of trustees, expressed their deep appreciation to Wayne Memorial Hospital and the three local banks that make this project a real possibility. Both said that there will be a mountain of work and support that will be needed going forward, and that in the future the details for the fundraising campaign will be made public.

Giving thanks and providing food

One hundred local families were able to enjoy a full Thanksgiving dinner because of the generosity of the local community.

The annual Thanksgiving food drive has been a tradition at Monticello High School for more than 30 years. In fact, it is the oldest continuous tradition at the school.

In the weeks leading up to the drive, classrooms competed against one another for the largest donation; they ultimately raised $5,231.

Recently, the school held an assembly to announce the winning teams and to show off the results.

With a mountain of donated food as a backdrop, the food drive committee chairs took turns sharing the history of the food drive and their experiences participating in the event.

All winning classes received a box of Blow Pops, and the grand prize winner earned a free breakfast cooked by the school’s administrative team.

The students also took time to recognize English teacher Karen Collura, who has managed the drive for the last decade and has assisted with the drive for even longer. This will be the last year under Collura’s guidance, because she is retiring. The students thanked her for all of her work and dedication.

After the assembly, the students on the food drive committee assembled the baskets and hand-delivered them to the recipients. Each basket contained a turkey, potatoes, pumpkin pie, peas, corn, green beans, cranberry sauce, yams, fresh rolls, stuffing and gravy. In addition, families received a can opener and cooking tin for the turkey. 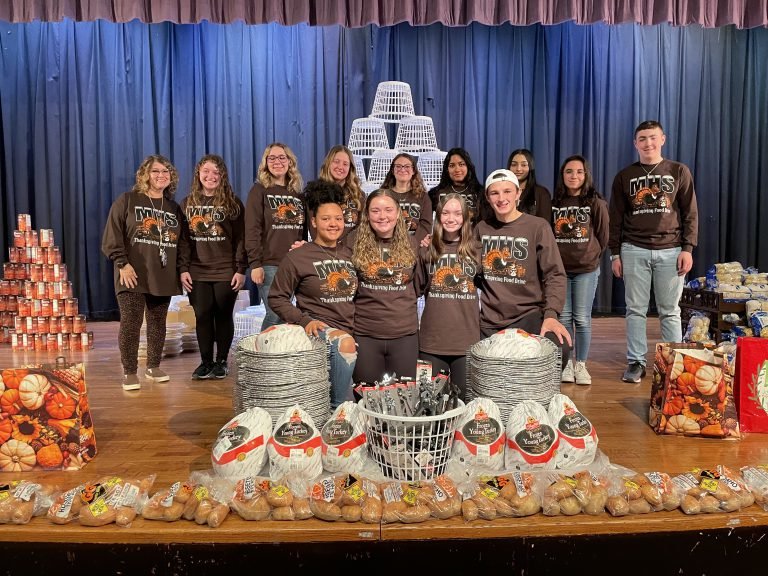 The food drive committee and Collura pose by a mountain of donations...

The expansion of medical services has been a priority for the board of commissioners for the past eight years, a spokesperson wrote. In that time, the commissioners have met with numerous medical providers to discuss the healthcare climate of the county.

Out of the 67 counties in Pennsylvania, Pike is the only county that does not have a hospital or urgent care facility located within its boundaries. This issue significantly limits residents’ and visitors’ access to treatment services, resulting in required travel to neighboring counties. In the case of emergencies, this can be detrimental. The lack of facilities also means relying on limited ambulance assets, and raises the possibility that people could forgo care.

“Access to hospital and urgent care facilities is something we lack in the county,” said commissioner Matt Osterberg. “Through this partnership with Northwell Health, we will be able to bridge the gap.”

The expansion of medical services will not only greatly improve the health of the community, the spokesperson noted, it will also create employment opportunities by keeping services in-county, which will help to bolster the local economy.

Northwell Health is the largest private employer in New York State, with 21 hospitals and more than 850 ambulatory facilities, in a service area of 12 million individuals.

Northwell Health approached the commissioners three years ago to discuss the healthcare landscape of the county and evaluate the possibility of bringing more significant healthcare services to Pike.

The discussion came about after an executive at the company, vacationing in the county at Lake Wallenpaupack, experienced a medical emergency. This individual learned firsthand the struggle Pike residents face locating treatment, and sought to rectify the situation.

Following a market analysis, Northwell Health identified two promising locations for facilities: the Weis Market complex on Route 739 in Dingmans Ferry, and a spot along the Route 507 corridor in Palmyra Township.

“Northwell is a great company with a proven track record of success,” said commissioner Tony Waldron. “Opening these locations will significantly improve the quality of life for our residents and visitors.”

Commissioner Ronald Schmalzle added that he sees this as the first step in the future expansion of medical services in the county. “The goal is to ultimately add a small hospital in the center of the county,” he said, “where a majority of the population resides. We will continue to work with providers to build collaborative relationships to realize this goal.

Updates on this partnership will be provided as details emerge. 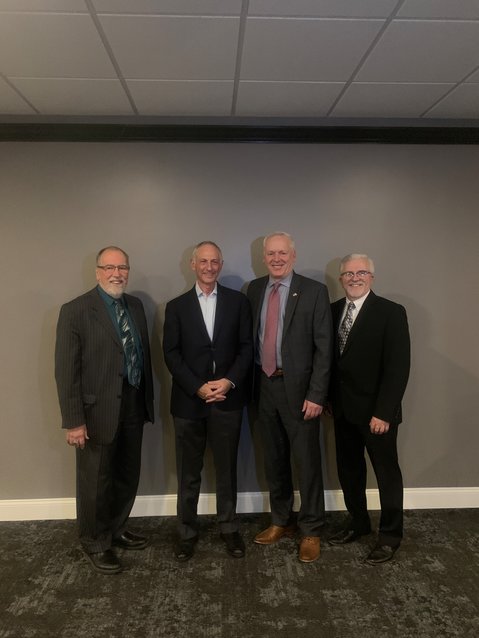 TOWN OF THOMPSON, NY — Three open spaces in the Town of Thompson are receiving upgrades, new names and new signage. They will also be designated as town parks.

Along with the new names, a hand-crafted sign has been installed at each park entrance.

The new names are united by a common theme: the bodies of water at the heart of each area.

The original town park is now the East Mongaup River Park, located at 181 Town Park Rd., highlighting the river that runs through it. The former Camp JENED is now Lake Ida Park, located at 53 Adams Rd. in Rock Hill, NY. It is named for the approximately 12-acre lake at its center.

Those parks are open now.

The third park is the new Neversink River Access Park at County Road 173 (Old Route 17) in Bridgeville, NY. It provides portage out of the Neversink River, along with fishing and beautiful views. The park opens in the spring of 2023.

“Bodies of water provide excellent recreation opportunities, which is why we wanted to base our park names on this asset,” said town supervisor Bill Rieber. “For example, the trail at the East Mongaup River Park follows the river which is also a popular spot for picnics and general exploration. The new Neversink River Access Park is a popular spot for kayaking, canoeing, and fishing.”

A fly fishing demonstration will be held at the Neversink River Access park when it officially opens in spring 2023.

The changing role of race in dementia research