NARROWSBURG, NY — From police reform to “Sesame Street” to chats with filmmakers, in long films and short, there’s something for everyone at the Big Eddy Film Festival.

NARROWSBURG, NY — From police reform to “Sesame Street” to chats with filmmakers, in long films and short, there’s something for everyone at the Big Eddy Film Festival.

The choices embrace both the Big Eddy tradition of indie films and a more recent focus on films by and about the area.

The festival runs from Thursday, September 30 to Sunday, October 3, and this year it takes place at the Bethel Woods Center for the Arts.

The lineup includes the New York in-person premiere of “The First Step.” The documentary on criminal justice reform focuses on #cut50 co-founder Van Jones and the campaign’s work—and struggle—to pass reform bills at the state and federal levels. Although it premiered at Tribeca, that was held virtually this spring. Now, for the first time, people can sit in an audience and enjoy the movie. Together. 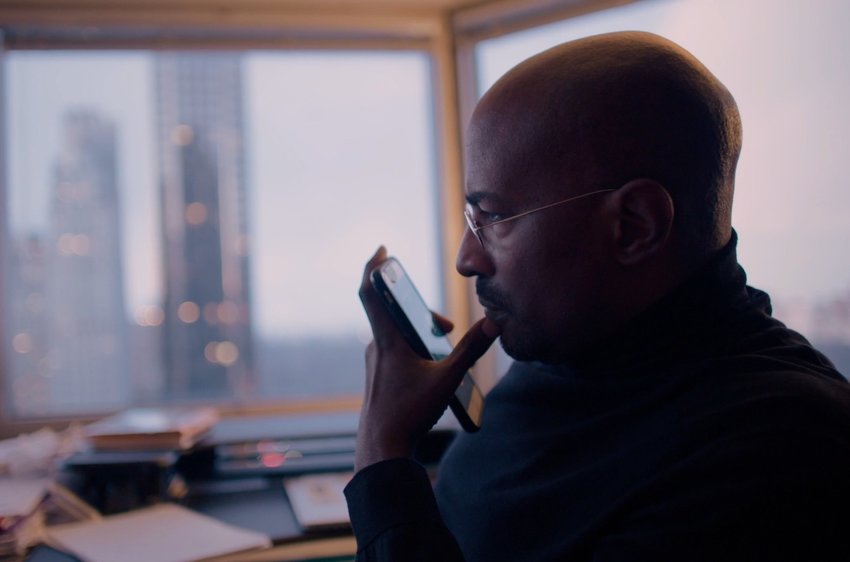 “The First Step” examines the fight to reform the justice system. The documentary is directed by Brandon Kramer. It will make its New York in-person premiere at the Big Eddy Film Festival. 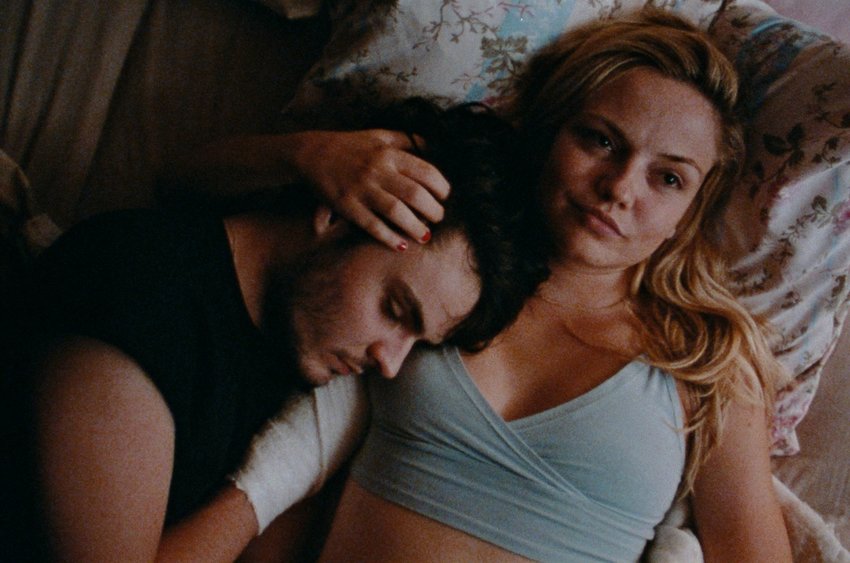 Duke Nicholson and Emily Meade star in “Pearl and Duke,” part of the “Rural Shorts” collection. The film was directed by Matt Sukkar. The short films will be screened during the Big Eddy Film Festival. 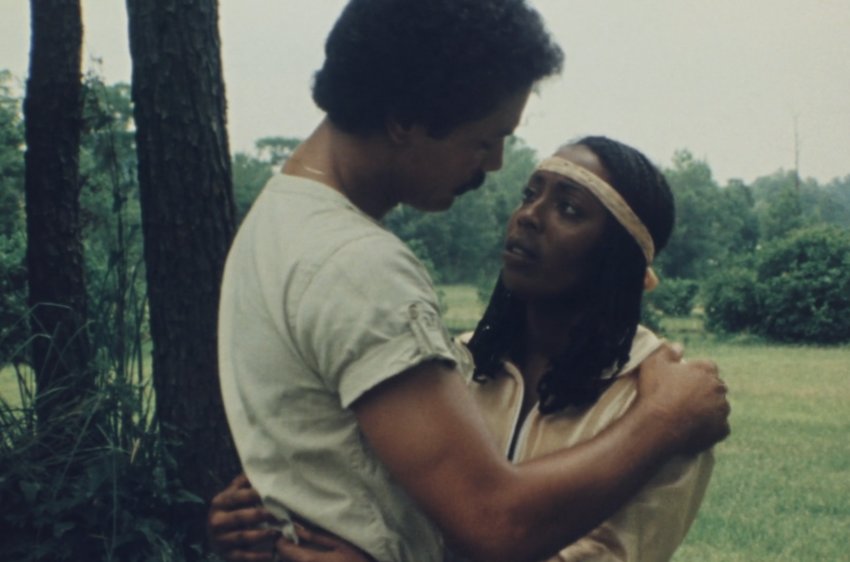 "Cane River" will be screened during the Big Eddy Film Festival.
Previous Next

The festival, then and now

It’s been 10 years, with Tina Spangler at the helm the whole time. “In the beginning, it was, ‘Let’s bring independent filmmakers to audiences here,’” she said. “We still do that, but part of the festival is filmmakers who are from here.”

Example: “The Art and Times of Frosty Myers,” celebrating the life and work of Damascus, PA, sculptor Forrest Myers, as well as the art world of which he was a part. The 2018 feature-length film made its world premiere at the festival pre-pandemic to a sold-out screening.

It just goes to show that people love the area and are more than happy to make and watch movies about it. “There are so many home-grown projects,” Spangler said.

So the festival has evolved into a “showcase for filmmakers and stories that flowered here,” she said. As well, of course, as films from other areas, about other topics.

There are 25 new independent films to see, and a concert the first day, a performance by the Sullivan County Chamber Orchestra, of famous film music. That will be held at Bethel Woods at 6:30 p.m. on Thursday, September 30.

It will be followed by the premiere of “The First Step” at 8 p.m., with producer Lance Kramer in attendance.

Among the offerings is “Cane River,” described by the Louisiana Advocate as a “groundbreaking African American film.” It was completed in 1982 but lost until its rediscovery a few years ago.

The movie examines the tensions that arise because of a forbidden romance in Natchitoches, Louisiana.

Directed by documentarian Horace Jenkins, father of prominent Sullivan County business owner Dominique Jenkins, the movie premiered in New Orleans in 1982, but Horace Jenkins died before the year ended and the movie was never released nationally.

There’s more, of course. Spangler said, “I’m very excited about ‘Rural Shorts.’ They’re short films shot in our area.” A collection of seven very different productions, “Rural Shorts” will be shown at 5:30 p.m. on Saturday, October 2, Many are world premiers because there haven’t been festivals at which to show them, she said.

There are short films to screen throughout the festival, plus panel discussions. It’s all detailed on the website, www.bigeddyfilmfest.com.

What’s changed over the years?

Whereas in the beginning, the audience was composed largely of local residents and second-home owners, now people come from further afield. Online ticket sales have made a difference, Spangler said. It’s easier to get tickets, and then make the special trip to Sullivan County.

This year, the main venue has changed, in large part due to COVID-19. In the past, the films were screened in the Tusten Theatre. Now the festival is being held at Bethel Woods. It’s that much safer in the pandemic age. “There’s ample capacity and plenty of ventilation.”

And “it’s beautiful,” Spangler said. “It’s a gorgeous, state-of-the-art viewing experience, with safety at the top of everyone’s mind...we’re so lucky to have partner with us.”

Over time, the kind of movies has subtly shifted too.  “It’s the same quality of films as always,” but they’ve become known as a venue for top-quality locally-produced work.

The Big Eddy Film Festival, like festivals everywhere, last year focused on the virtual. But it’s a relief, she said, and a joy, to return to gathering for a festival.

Film festivals offer something different from just streaming movies, even if you’re watching a film with all your friends. For one thing, they have experts, from scholars to the directors or actors in the individual movies, who can speak knowledgeably about the topic, the technique, and the experience of making a movie.

“That’s a big part of the festival experience,” Spangler said.”The audience can get involved in a conversation.”

Although the original intention, back in the day, was to bring film to people, the festival has evolved.“For the first nine years, we were invitation-only,” she said, meaning the curation of the movies shown. “We had a submission process this year. That’s how we got ‘The First Step.’ It’s fun to open ourselves that way.”

The joy of film

Through the summer, there were also screenings of films such as Todd Stephens’ “Swan Song” and Hitchcock’s “Rebecca.” “At ‘Rebecca’ we had groups of people standing around, discussing film, discussing Hitchcock. Patricia White put it all in context.”

That interaction, that experience, the chance to ask questions, is not something you can easily get from your couch. It’s an integral part of film festivals, and a key component at Big Eddy.

And, of course, “we excel in showing films, in person, in a beautiful area,” Spangler said.

Get tickets online at https://dvaa.givecloud.co/beff.

Call for entries for the Great Wall of Honesdale, and more