SULLIVAN COUNTY, NY — Catholic Charities in New York—like so many organizations that serve immigrants—staffed up their offices across the state this past weekend, in anticipation of …

TRR photo by Veronica Daub
A group gathered on the Callicoon Bridge for a vigil in support of migrants in detention centers at the border.
Posted Wednesday, July 17, 2019 12:32 pm
By ELIZABETH LEPRO

SULLIVAN COUNTY, NY — Catholic Charities in New York—like so many organizations that serve immigrants—staffed up their offices across the state this past weekend, in anticipation of raids by Immigration and Customs Enforcement (ICE) officers.

After President Donald Trump announced last week that ICE agents in 10 cities would be seeking 2,000 undocumented immigrants who’d been ordered to leave the United States, many news outlets reported migrant families retreating from the public sphere. Immigration advocates say those raids didn’t live up to the hysteria, though they did succeed in churning more fear.

“We had attorneys on hand who would be able to answer or respond in real time to people who would call if there was, let’s say, an ICE agent outside their home,” said C. Mario Russell, the director of Immigration and Refugee Services at Catholic Charities of New York. “That did not come to pass, but we certainly got a lot of calls.”

Russell said this administration is “playing on anxieties, ratcheting up fear making people make very difficult decisions about their lives.”
That is also true in the Hudson Valley, and in rural areas of New York such as Sullivan County, where migrants, especially seasonal farmworkers, have to drive from place to place.

Alfredo Pacheco, an organizer with Nobody Leaves Mid-Hudson (NLMH), who has a work permit, but has been undocumented, said he has spoken with friends who were afraid Monday to leave their homes. Photos of what appear to be ICE agents in Middletown and Monrose were circulated on Twitter that day. 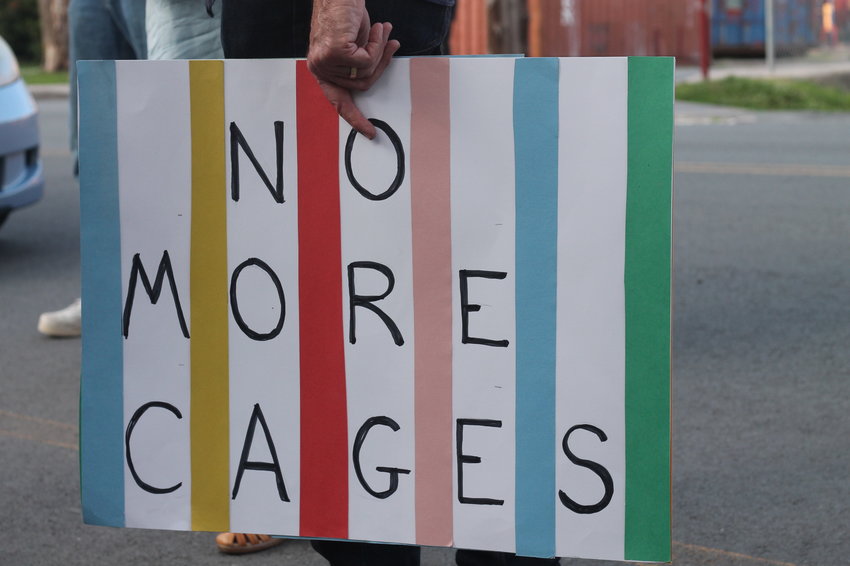 “People are afraid and under a lot of stress, and even the kids are being affected,” Pacheco said. He is especially concerned after witnessing plainclothes ICE officers try to apprehend a man at the Middletown City Hall in April. “I don’t want to be targeted, like, ‘that’s the guy that is defending the community,’ so I’m a little afraid,” he said.

Nobody Leaves Mid-Hudson has offices in Dutchess, Orange and Ulster counties. Though there are migrant workers in Sullivan County, there are not many resources specifically for this area.

To that end, the organizations that do operate nearby, such as NLMH, Catholic Charities and the Rural and Migrant Ministry (RMM), have been hard at work. Catholic Charities will host an immigration rights clinic this Saturday, July 20, at the Church of St. Peter in Monticello from 9 a.m. to 3 p.m. The most recent clinic in Goshen provided 72 immigrants with free legal consultations, services and resources.
These clinics help mitigate what representatives said has been an increased need for services from the immigrant population, given the current political climate.

What we find that’s pretty striking [in the Hudson Valley],” said Russell, “is just how many people want to attend them and how often we find that there are people with a pathway forward… It’s just that they never knew that or perhaps their circumstances have changed or maybe they got bad advice 10 years ago.”

The RMM, which has existed since 1981, works with migrant farmworkers in rural New York. Right now, said Geoff Herzog, the Hudson Valley/Catskills Center coordinator, the organization is “re-adapting and re-adjusting” what it’s doing to push for expanded rights for immigrants.

“Farmworkers and migrant workers are living under a constant state of siege,” Herzog said. “The announcement of the raids is propaganda aimed at [the president’s] audience for votes.”
In just the last couple of months, immigrant rights groups in New York have seen two major victories. The Farmworker Fair Labor Practices Act, which allows for overtime compensation and workers comp for migrant farmworkers, passed in the House and Senate last month. The Driver’s License and Privacy Act, also called the Green Light NY bill, which allows all New Yorkers to get drivers’ licenses regardless of immigration status, also passed in the legislature last month.

Emma Kreyche, director of advocacy for the Worker Justice Center of New York, said these legislative wins will relieve some of the pressure immigrants are facing day to day.

“Part of the impetus behind was that people have been experiencing so much fear just in the course of their daily lives,” she said, “and the fact is that driving without a license does expose them to the risk of family deportation.”

Her concern is that in this environment—where threats are levied against immigrant communities weekly—migrant workers have a hard time focusing on other issues, such as harassment and impediments to union organizing.

“What’s happening is they’re living a contradiction… where there is a demand for their labor and then there is this push to exclude them from every aspect of society,” she said. “It’s an impossible situation and it’s untenable.”

Bethel looks to the future