As a child, Devin was diagnosed with autism. The Housman family—mother Yvonne, father Jim, and older sister Briana—faced many …

As a child, Devin was diagnosed with autism. The Housman family—mother Yvonne, father Jim, and older sister Briana—faced many challenges because of it.

But no one faced more challenges than Devin himself. Yet he loved life.

Devin loved drawing, the theater, drinking Coca-Cola, and watching movies—especially the original cartoon version of “The Lion King.” He wouldn’t sleep until he’d viewed the film on a well-worn VHS player.

So, naturally, when Halloween came along, one of his go-to costumes was a lion. And he insisted on sleeping in his Halloween pajamas.

As he got older, Devin decided that costumes weren’t for him anymore. But that didn’t stop his love for the rest of his Halloween traditions.

“He always picked out the candy,” Jim Housman says. “Sometimes, he’d make us drive down to Gertrude Hawk Chocolates in Middletown [NY] so he could grab what he wanted.”

To get into the spirit of the season, the Housmans always took Devin over to what was then Maples Farm in Middletown. There, he would run through the hay maze, feed the animals, and attempt to ring the gong on the High Striker.

“And he always got the biggest pumpkin for his sister,” Yvonne Housman said. “He’d paint it rather than carve it.”

At Devin’s school—Sullivan ARC—his penchant for organizing activities earned him a nickname: the Social Director. His goal in life was to work behind the scenes in a movie theater, because he believed that movies made people happy.

Of course, his love of popcorn might have had something to do with it, too.

In any case, on Halloween night, the Social Director made sure everything went off without a hitch—especially the distribution of the precious candy.

“What do you say?” he’d sing to the costumed kiddies on his doorstep, waiting for a hearty “Trick or Treat” before gifting them with confections. 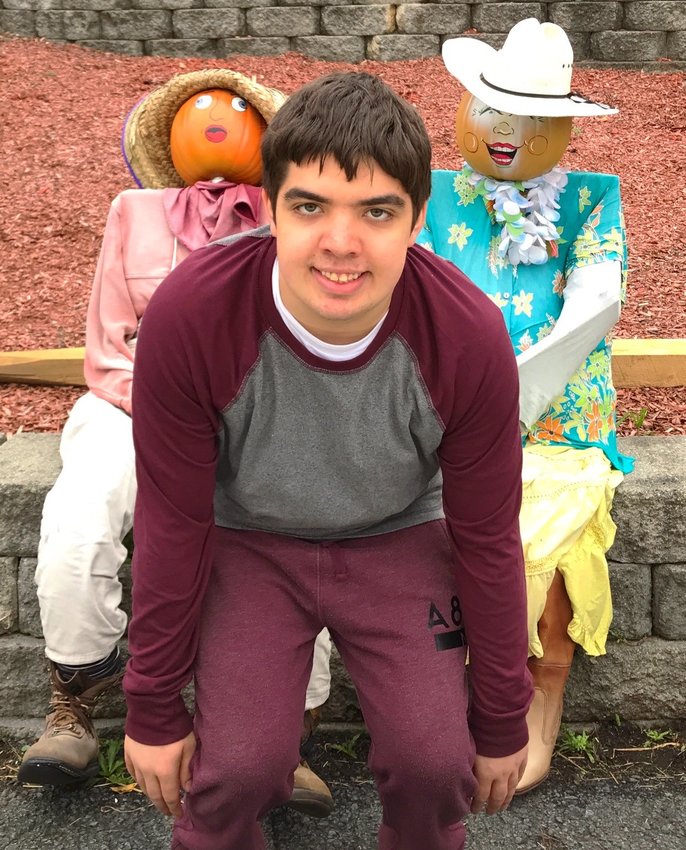 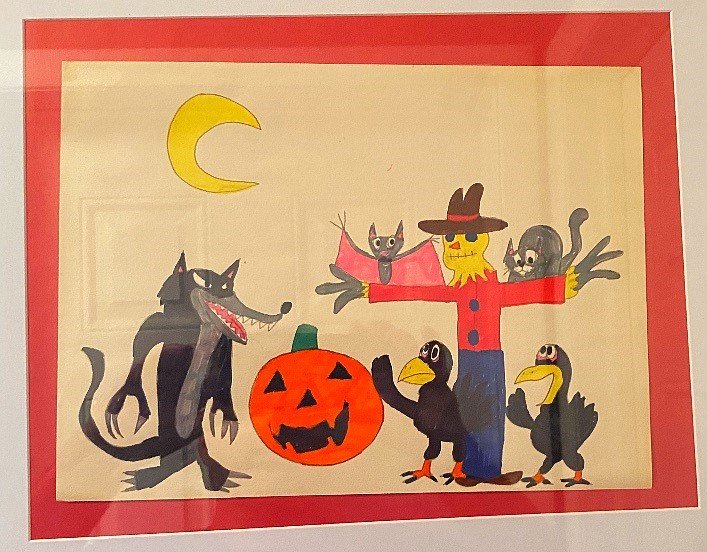 A sample of Devin's artwork. He loved Halloween.
Previous Next

In Devin’s honor, the Housmans have established The Devin Michael Housman Memorial Scholarship, which is awarded annually to one graduating student from a high school in Orange County, and one from Sullivan County. The students receiving the award have had special education classifications (IEPs), and will be seeking careers in the arts. The students will have also displayed kindness to others—as Devin did.

A fundraiser for the scholarship will be held on Saturday, November 19 at El Sombrero Restaurant, 227 Lake Louise Marie Rd., Rock Hill, NY. The event runs from 12 noon to 4 p.m. Tickets are available, and cost $40 per person—which includes food—and can be purchased by calling 845/807-8131, or by emailing masten@hvc.rr.com.

It’s a wonderful event to honor a wonderful person, and a chance to give back to the community.

That’s why I chose these Halloween lollipops for this month’s project. I have an autistic grandson, so this cause is very close to me. And, like Devin, I love Halloween. Plus, these lollipops are lively, easy to make, and they really capture the fun side of the holiday—something I know Devin Michael Housman would have truly appreciated.

Kim M. Simons is an artist, food artist and cake artist. She has competed numerous times on Food Network, and is past champion of both “Holiday Wars” and “Cake Wars: Star Wars.” Visit Kim’s website at www.cakesbykimsimons.com.

Kim is also available to teach classes, privately and/or in groups. Contact Kim at kame4@hotmail.com. 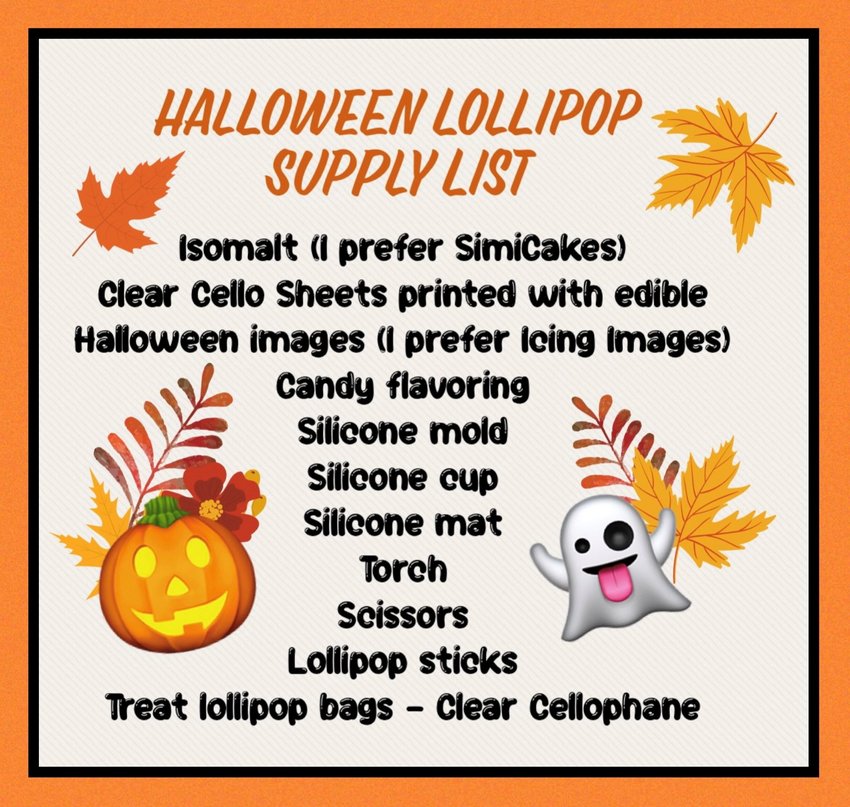 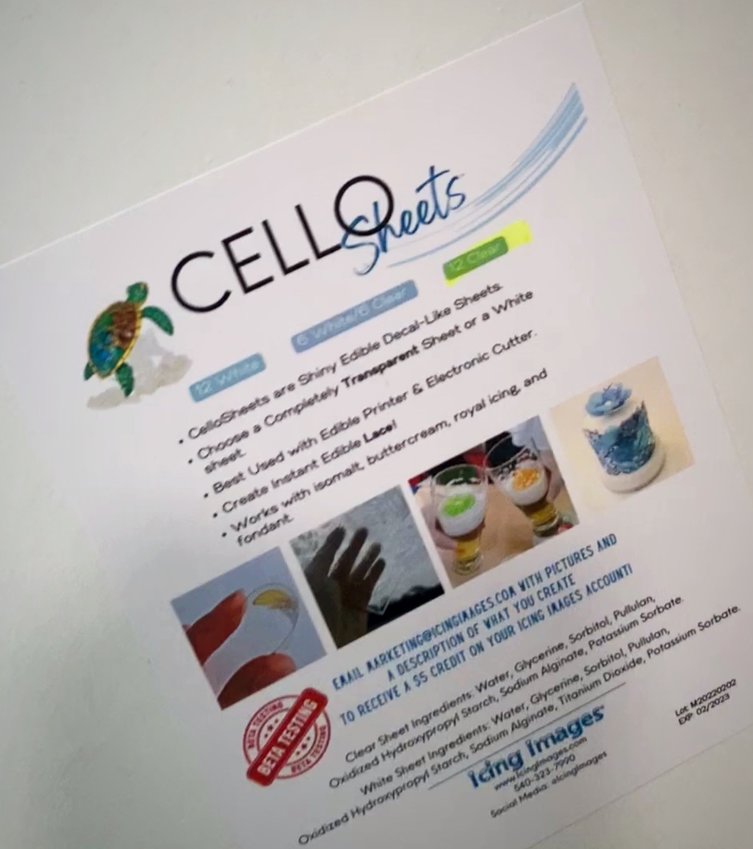 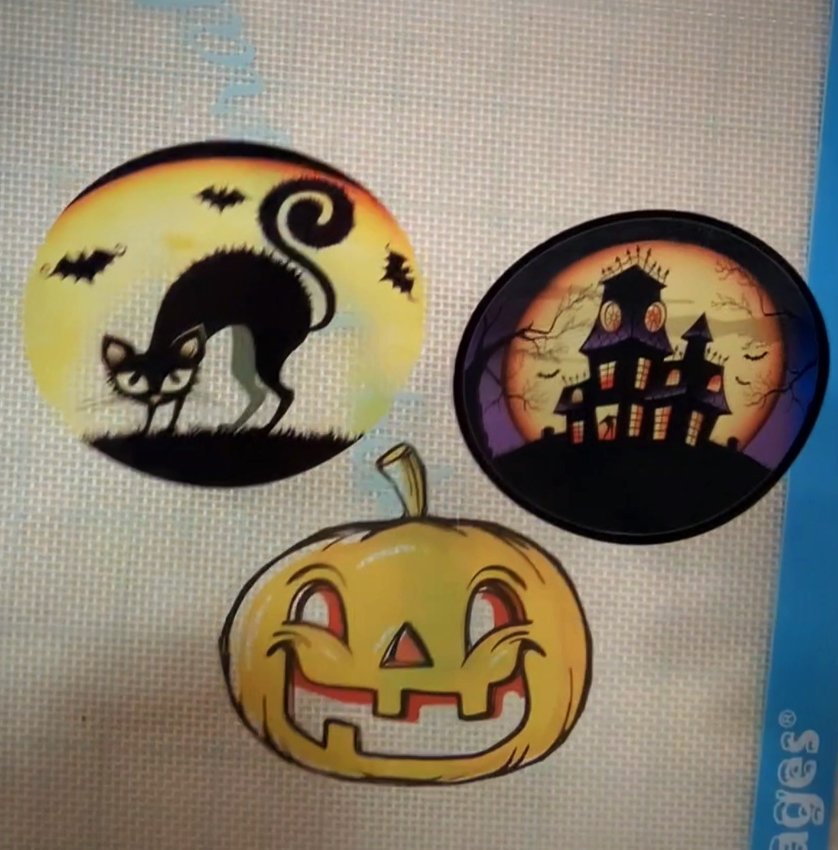 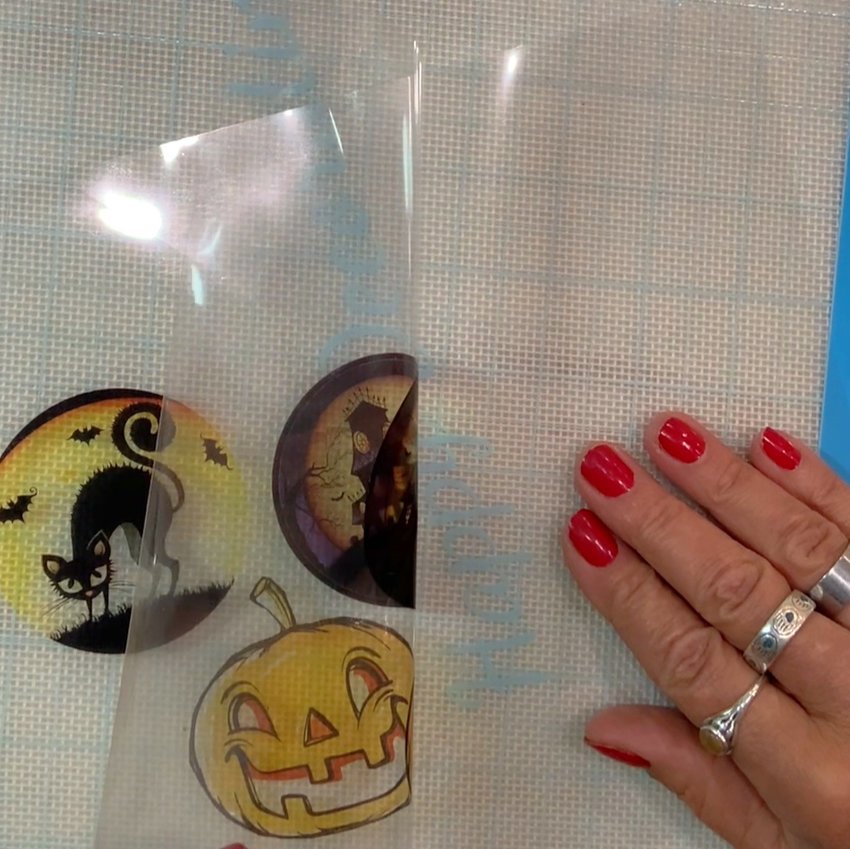 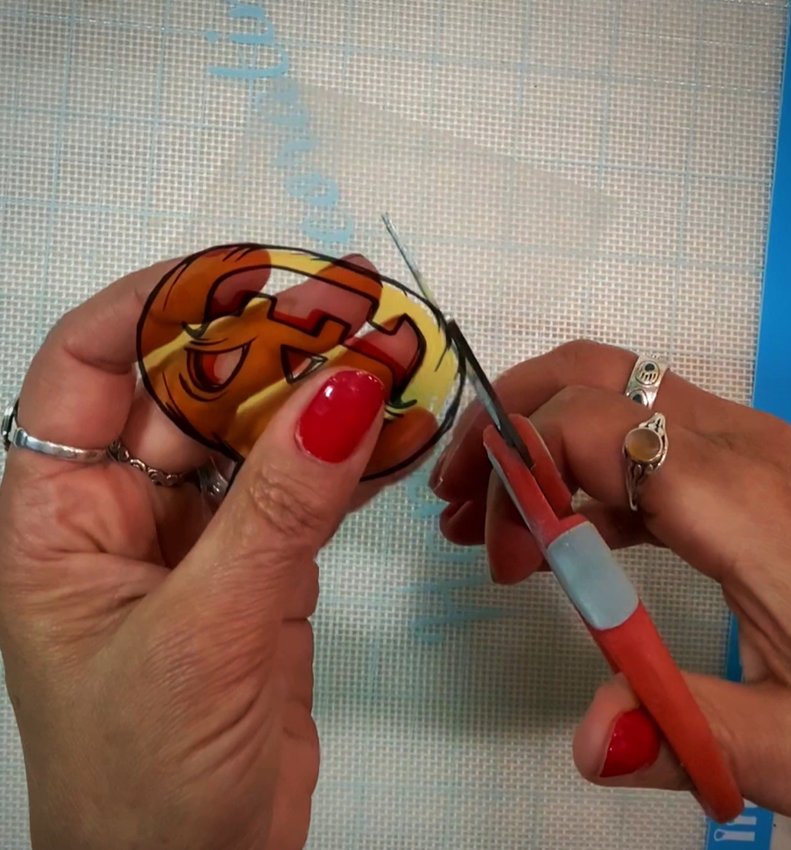 Cut out the images with scissors... 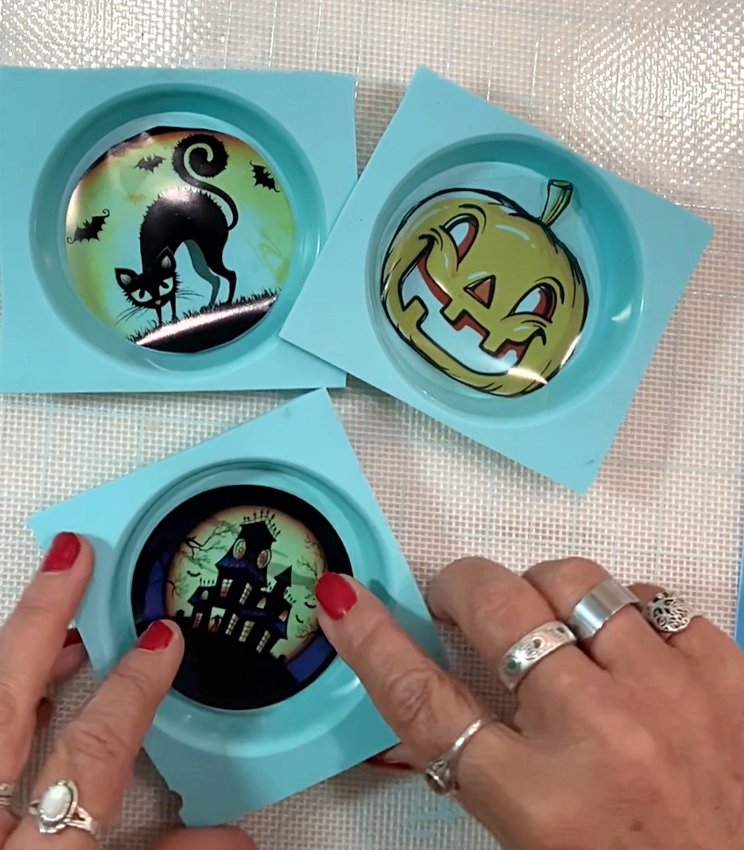 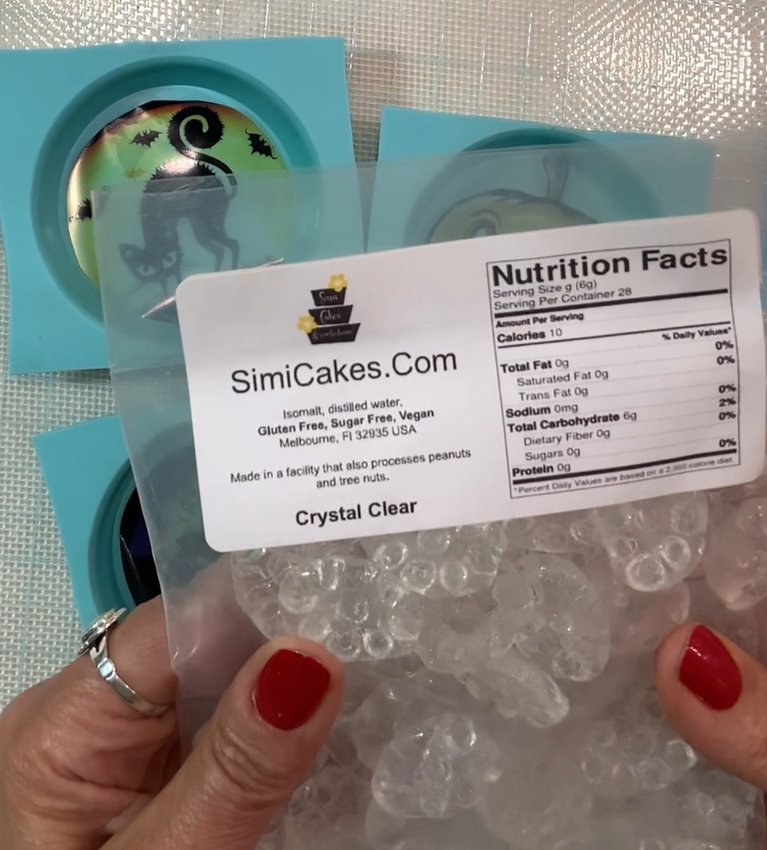 Heat up clear isomalt with added candy flavoring in the microwave: 30 seconds initially, then in 15-second intervals until it bubbles. NOTE: Isomalt is HOT! Use caution and wear gloves..... 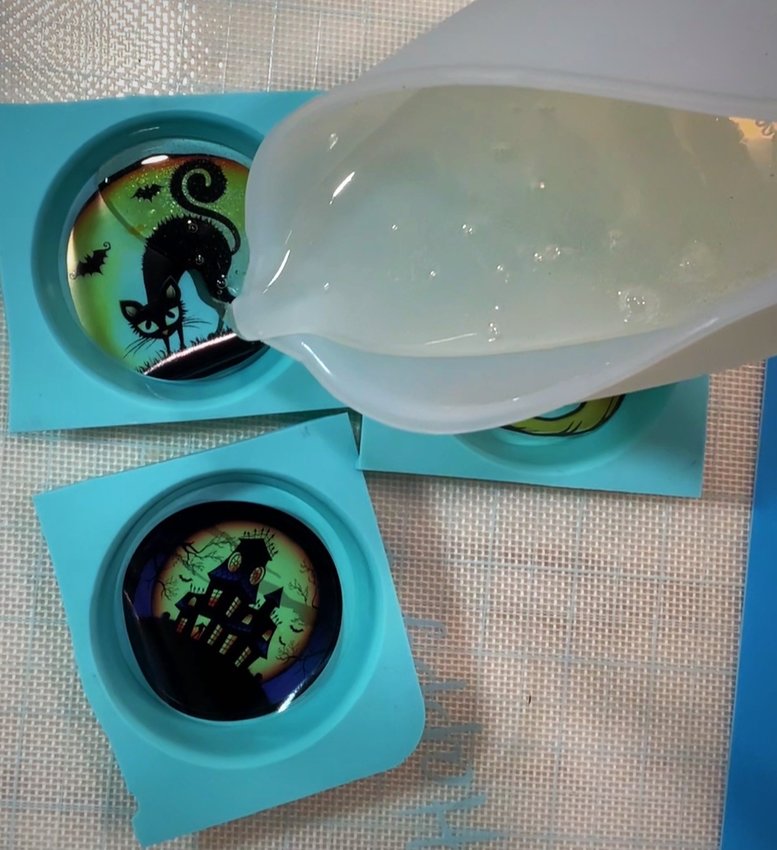 Pour isomalt evenly into the molds and let cool. 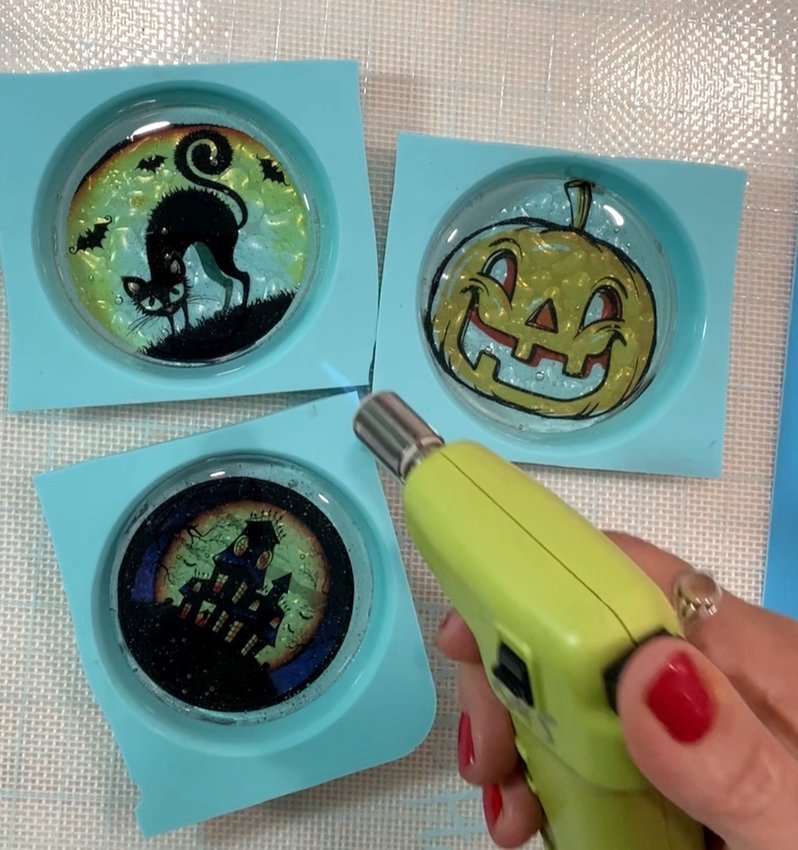 Use a blowtorch to remove bubbles from lollipops. Let cool... 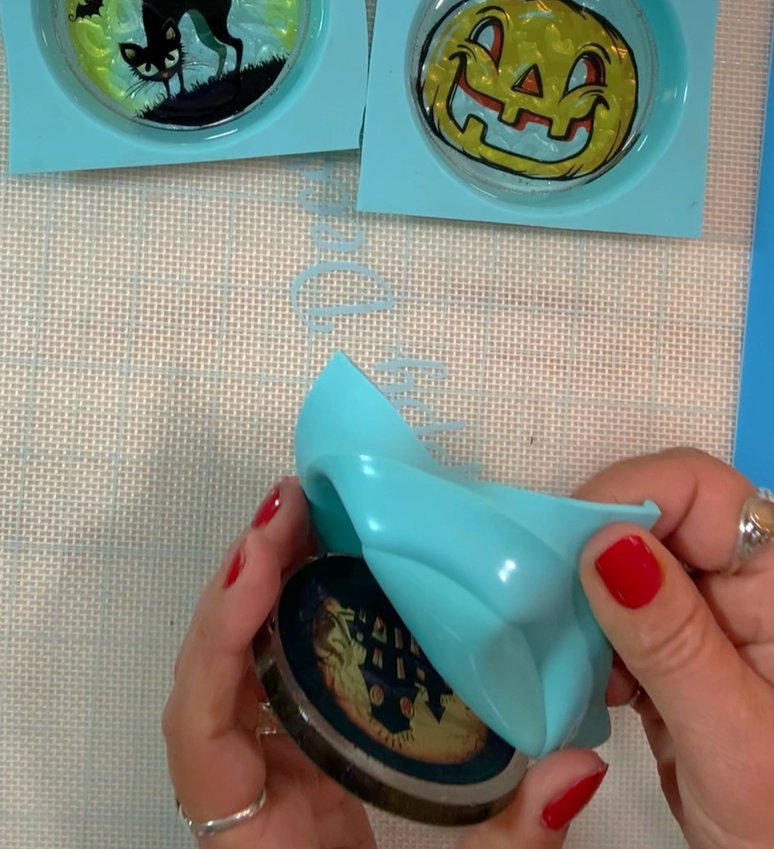 Test with a cake tool to see if lollipops have hardened...Remove your lollipops from the molds... 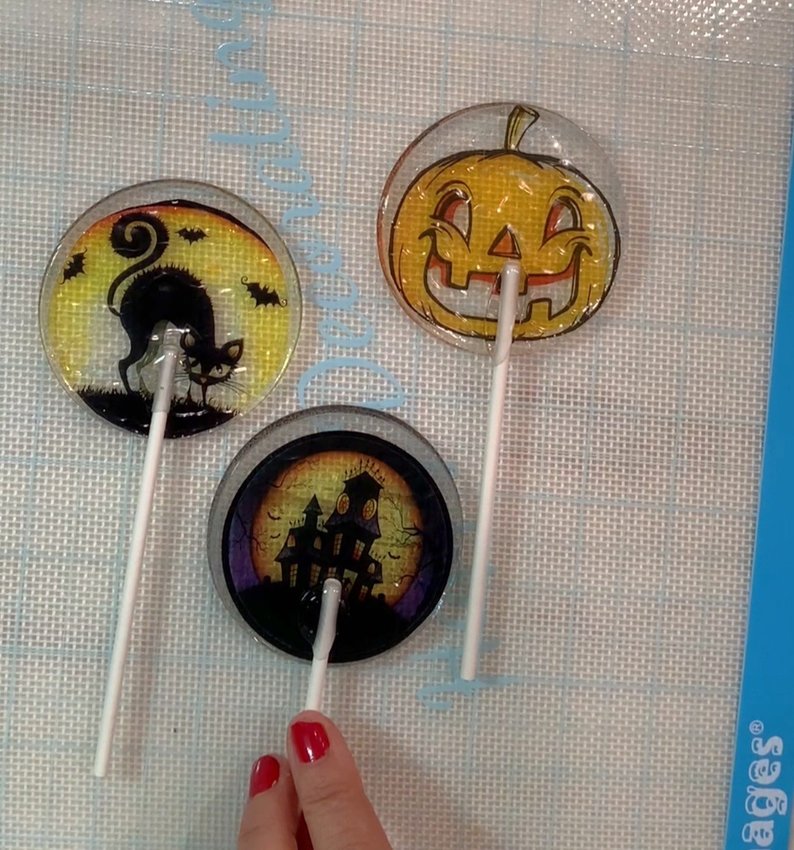 Dip the tip of the lollipop sticks into the warm isomalt and place on the back of your lollipops. Let cool...Use the blow torch to shine your lollipops one last time. Let cool, and enjoy!..
Previous Next

Common US foods that are banned in other countries