Milford Readers and Writers Festival returns for its fifth year

MILFORD, PA — It’s like the town’s largest book club. A writers’ group, with fans weighing in. And it’s a chance to talk about books, the wonder they offer and the …

Milford Readers and Writers Festival returns for its fifth year

Photo by Seven Shooter on Unsplash
The Milford Readers and Writers Festival shows how important reading is. It also allows writers and readers to meet and talk.
Posted Wednesday, September 7, 2022 11:07 am

Light in bloom
By ANNEMARIE SCHUETZ

MILFORD, PA — It’s like the town’s largest book club. A writers’ group, with fans weighing in. And it’s a chance to talk about books, the wonder they offer and the threats they face.

The Milford Readers and Writers Festival is back, for a town-wide celebration of reading and conversation.

Edson Whitney, co-chair of the festival, has been involved from the start. He sat down for a phone interview about the festival and about Milford’s place in literature. 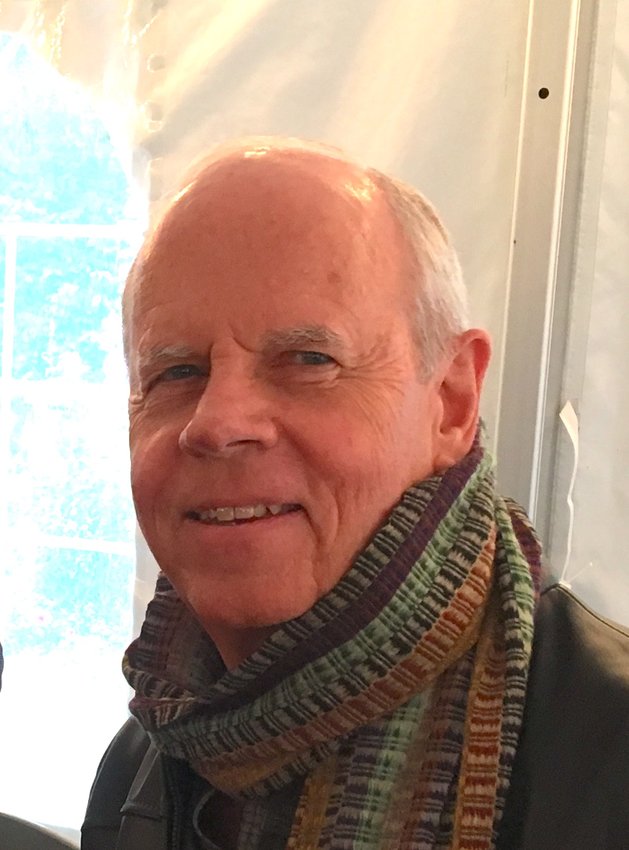 Edson Whitney is co-chair of the Milford Readers and Writers Festival.

The first festival, in 2016, was based on Milford’s connection to science (or speculative) fiction. In the 1950s, a group of writers, including Damon Knight, Judith Merril and James Blish, settled in the borough, and other writers came to visit and share their expertise. It came to be known as the Milford Writers’ Workshop—there’s even a Wikipedia page.

The gathering “was known for the Milford Method,” Whitney said. “An author would read what they were working on, and the other authors would critique it.”

Not unlike writers’ groups now, in fact.

When the concept of a festival began to germinate in 2016, the old Milford Method was adapted for a new generation. It now included readers in the conversation. In fact, “we focus on the readers,” Whitney said.

Writing is no longer just something presented to readers, for them to like or dislike. Now there’s an opportunity to interact with the creator. You can do that on social media, with the distance and image control that implies, or you can attend a festival like this one, and talk to the writers in person.

The scope has moved beyond science fiction to include writing and writers in—and readers of—many genres.

The Milford Theatre will play host to special mainstage events, for which tickets are purchased. But “there are free panels around town,” Whitney said.

In fact, many businesses and nonprofits are getting involved. Here’s just a sample:

The Pike County Library will hold a discussion, at 10 a.m. on Saturday, September 17, with local authors about how, or if, their writing process changed during recent attempts to ban books, especially books for kids and young adults that might be in school libraries.

Dr. Stephen Thrasher, author of “The Viral Underclass,” will talk with Whitney, a global public health expert, about the book and how “marginalized people are affected by pandemics,” Whitney said. This will take place at 3 p.m. on Sunday, September 18 at the Good Shepherd Episcopal Church.

Also that day, at 11 a.m. at Good Shepherd, James Kirchick, the author of “Secret City: The Hidden History of Gay Washington,” will talk with Milford mayor Sean Strub.

And at 1 p.m. on September 18 at Grey Towers, Jeffrey Ryan will talk about his newly published work, “This Land Was Saved for You and Me: How Gifford Pinchot, Frederick Law Olmsted, and A Band of Foresters Rescued America’s Public Lands.” In the book, he discusses the influence of landscape architect Olmstead (who also created public parks) on Pinchot, who became the first head of the National Forest Service.

There’s a discussion about haunted history at the Waterwheel, a talk on the history of lynching, a chance to meet local authors, and much more. Black Dog Books, from Lafayette, NJ, will even have a pop-up bookstore, selling the books spotlighted at the festival. (And many others, of course.)

At the events, including the free ones, the writers will talk and might read from their works, but the conversation with readers after that is key to the festival, Whitney said.

Why does this matter? Why read books—full-length books—when the Internet offers prose in morsels, easily consumed and digested?

“Books can take you places where you haven’t been,” Whitney said. “They can broaden your perspective and open your mind.”

Because of the festival, “I’ve read books that I never would have read. A festival like this allows people to explore.”

And perhaps become something, or someone, greater than they might have been.

The Milford Readers and Writers Festival takes place from Friday, September 16 to Sunday, September 18. For more information or to purchase passes or tickets to the Main Stage events, visit milfordreadersandwriters.com.

A sample of events on the Milford Theatre main stage

10 a.m. on Saturday, September 17—”What Is American Food?” Discussion with historian and author Paul Freedman and with Richard Morais, author of “The Hundred-Foot Journey.”

3:45 p.m. on Saturday, September 17—A conversation with Nelson DeMille and Alex DeMille, with Stephen Rubin.

The Milford Theatre is located at 114 E. Catharine St.

Tickets for individual events cost $35 each, and the price of passes (which cover all events plus a Saturday evening reception) varies. Purchase tickets or passes at https://bit.ly/3R87Xlg.

The Golden Girls of Sullivan County