The right to rest

I had the opportunity to sit by the sea recently, something I haven’t done for several years. And although my memories of previous trips to the ocean are filled with satisfying and soothing …

The right to rest

RR photos by Sandy Long
Form, color and texture come together in this artful expression of nature’s handiwork found along the beach.
Posted Wednesday, August 31, 2022 10:28 am

To bee or not to bee
By SANDY LONG

I had the opportunity to sit by the sea recently, something I haven’t done for several years. And although my memories of previous trips to the ocean are filled with satisfying and soothing sensory experiences, I struggled this time to settle into the seaside vibe of slowness, of sitting quietly and watching the surf roll rhythmically toward and away from me, while I was enveloped in the salt-scented air.

Like so many of us these days, I felt the press of everything I wished to leave behind, as I tried to take a break from the busyness that never seems to stop. I wanted an escape from the relentless responsibilities and obligations of must-dos and should-be-doings. I found myself wrestling with an inability to do nothing but sit and be with the sea.

Writer, historian, and activist Rebecca Solnit, who has authored 20 books on “feminism, western and indigenous history, popular power, social change and insurrection, wandering and walking, hope and disaster” (as described on her website), recently wrote a post on her Facebook page advocating for the restorative practice of “doing nothing.”

“If you’re sick or injured and healing or growing a new life inside you or just worn out, please notice that that thing known as ‘doing nothing’ is when you’re doing the utterly crucial and precious work of growing and healing and restoring. This also goes for everyone who’s just worn down, exhausted, dispirited, and who’s not that right now?” wrote Solnit.

Eventually I settled into the multi-sensory balm of the sea, wandering aimlessly along the beach, looking at the fascinating things washed up by the water, listening to the symphony of wind and surf while simply sitting still—doing the nothing that can be everything.

“Take refuge in that beautiful stillness in which everything is happening in all the ways that nothing is happening in busyness,” continued Solnit. “Everything happening in the depths, like deep water under a reflective surface, a lake reflecting clouds with schools of fish in the depths. Seeds germinating underground. Sitting still as zazen or just daydreaming or watching clouds is an act of revolt against the shouts that we should be doing something/do more/do more faster that are all around us.”

Give yourself some time in a natural setting to simply be still. Accept the restorative gift of rest. 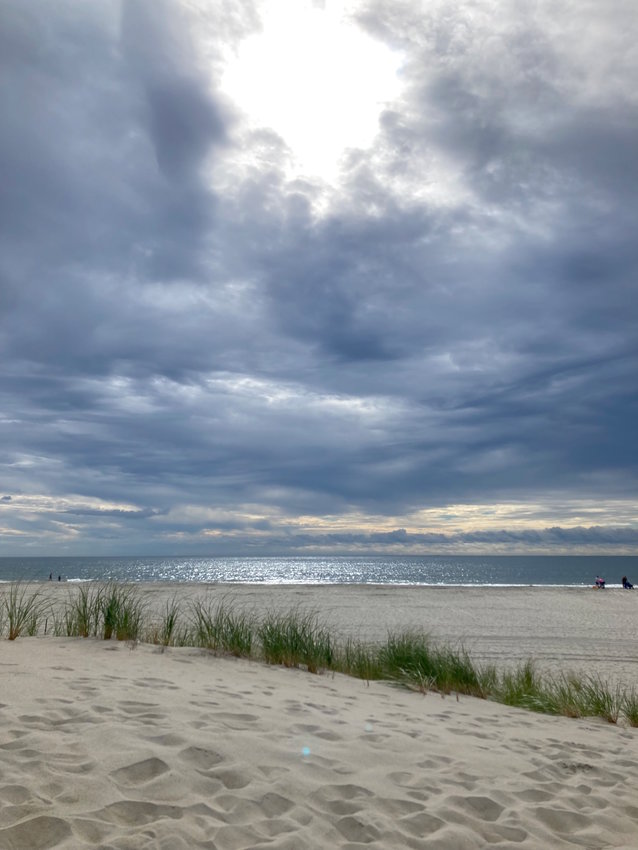 Whether forest, river, mountain or ocean, the natural world and its sensory offerings provide refuge for rest, reflection and healing. 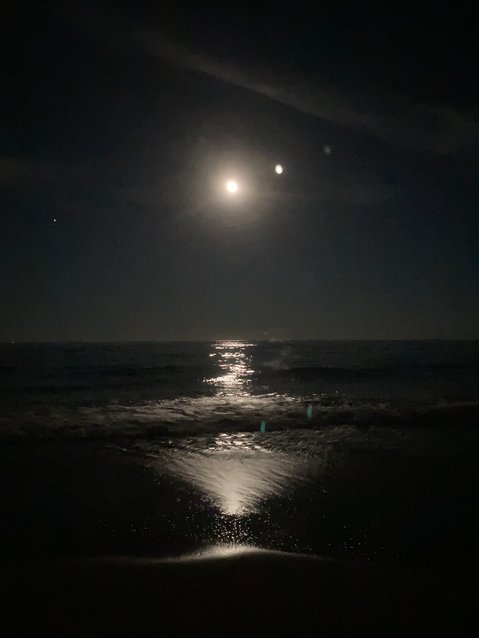 The sea at night lends a sense of wildness, heightened by moonglow moving across the glistening water.

Caution—amorous deer on the road