The summer’s focus is on Woodstock, but the Rock Valley Schoolhouse concert series offers music up close and personal

Photos contributed by Joe Cooke
The Rock Valley Schoolhouse was carefully preserved by a committee of old Rock Valley families and new residents. Inside, visitors can see what it was like to go to school in the old days.
Posted Monday, July 8, 2019 9:45 am

Although the original purpose of the restoration was to preserve a glimpse of the way in which children were educated in Rock Valley from 1885 through the 1940s, the schoolhouse has evolved [into] much more.”
Roger Desy, Former Committee Chair
By ANNEMARIE SCHUETZ

ROCK VALLEY, NY — A century ago, when 14-year-old W.S. carved his initials into his school desk, he probably couldn’t see the future.

What he knew was this: fountain pens, filled from an inkwell in the desk. Portraits of Washington and Lincoln watching him, as he recited his lessons from the bench up front. Water he drank from a dipper in a water pail. An entire school in one room with one teacher, who was in charge of grades one through eight.

School then was a close-knit thing; you lived near your teacher and everyone knew you. That relatedness is part and parcel of the concerts at the schoolhouse now. A couple Sundays ago, the summer music series kicked off with local band and 2019 NPR-featured duo JANTURAN, which played to an enthusiastic audience.

The Rock Valley Schoolhouse is just over the border in Delaware County, NY. It hasn’t had students since the early 1940s. 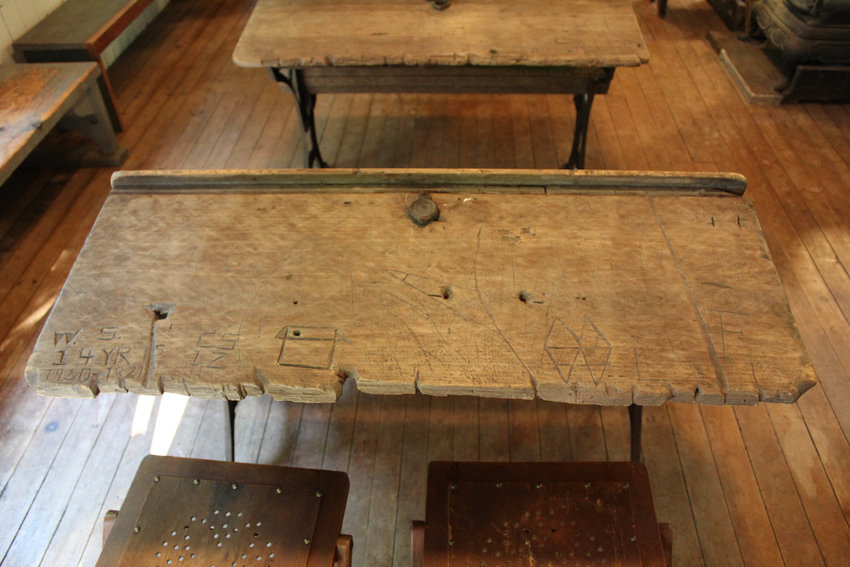 Back when W.S. left his mark on his school desk, his school had kids and classes instead of adults and concerts. But in both cases the Rock Valley Schoolhouse brought a community together. 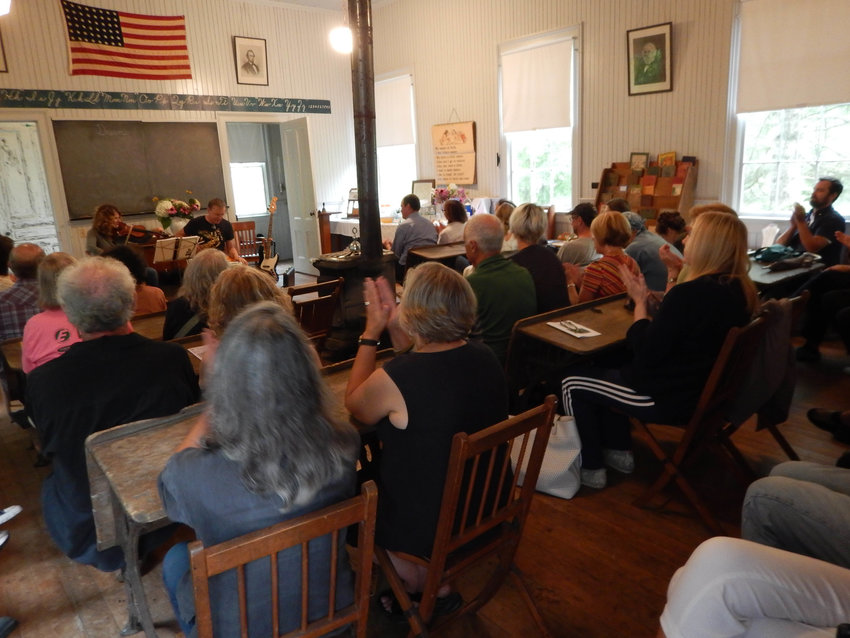 A jam-packed schoolhouse at a Phrogz concert in 2017. The Schoolhouse’s small-scale concerts let the audience talk to the musicians and find out what makes them tick... and write songs. 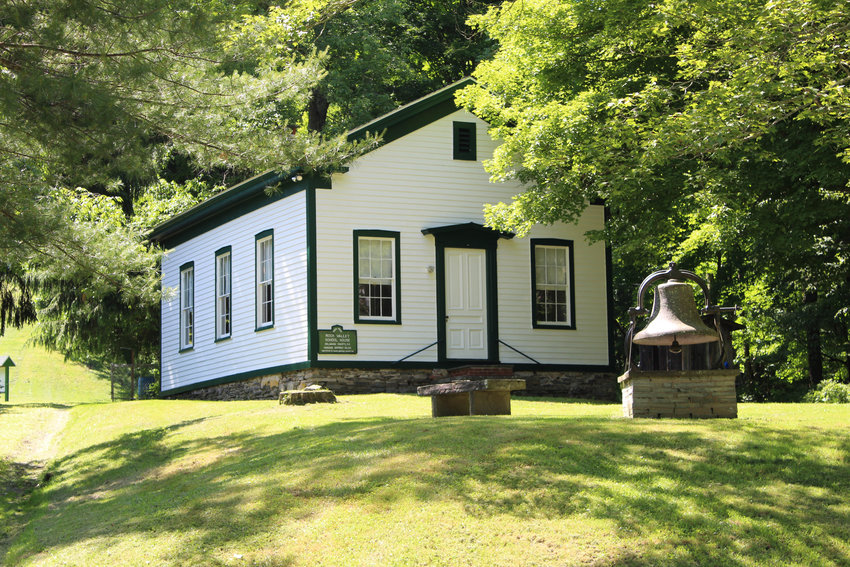 The Rock Valley Schoolhouse: Repairs and maintenance are ongoing, funded by donations from the community.
Previous Next

The small space creates music at its most local and intimate, telling stories grown from these woods and waters, a contrast to the large-scale, star-studded events at Bethel Woods not too far away. The musicians mostly live here, at least part-time—you might see them at the grocery store. You can say hello.

The restoration of the schoolhouse involved both long-time locals and new residents, with help from the Basket Historical Society. Once, schools served as community centers, providing entertainment, hosting elections, offering lecture series as well as managing all things education. Using the space for concerts keeps with that tradition. “It’s bringing together a really interesting... mix of people,” said Ann Desy, former secretary of the schoolhouse committee, who now lives full-time in Pittsburgh with her husband Roger.

“Restoring the schoolhouse has been a work in progress since 2004 and continues to this day,” Roger Desy, the committee’s former chair, said. “Although the original purpose of the restoration was to preserve a glimpse of the way in which children were educated in Rock Valley from 1885 through the 1940s, the schoolhouse has evolved much more.”

She and Joe LeDoux, also from Brooklyn, are long-time Rock Valley attendees. LeDoux performs with So We Are. In fact, their album, “Things We’ve Learned,” was recorded at the schoolhouse. “The sound is so wonderful,” LeDoux said. So We Are will be back at Rock Valley on Sunday, September 1.

Ten-dollar donations are suggested. “We raise money for the maintenance of the schoolhouse,” said Bobbie Oliver, who coordinates the concert series, hosts post-event potlucks and serves as contact person. “This year we painted the exterior, which it badly needed. The year before, we installed ceiling fans.” Other years, she added, they built storage cupboards and an outside toilet.

Although the concerts are great fun for the audience, the performers find it unique too. “Some are professional musicians and musicologists and others are part-time, but all are passionate and willing to perform free for opportunity to play in such a sweet, acoustically perfect venue,” Oliver said. “It is a very intimate experience for the performers to have the audience so close and vice versa. Many have spoken about the silence and the opportunity to really ‘listen’ in such a pure environment.”

The Rock Valley Schoolhouse may not have classes anymore, but people still gather. When they sit together and talk, they learn. Music and stories, erasing barriers and creating community—just like in the good old days.

To learn more about activities at the Rock Valley Schoolhouse or to volunteer or donate, call Bobbie Oliver at 845/887-6569.

Value added vaccines for all