Hollywood daze at the home of the Yellowjackets

ELDRED, NY — Vin Diesel, star of the “Fast & Furious” high-octane action films, would have loved it.

Hollywood daze at the home of the Yellowjackets

ELDRED, NY — Vin Diesel, star of the “Fast & Furious” high-octane action films, would have loved it.

On Wednesday, October 13, Eldred’s Lady Yellowjackets girls’ varsity soccer squad (5-2-2) hosted the Sullivan West Lady Bulldogs (8-2-1) in a spirited match that featured a virtually non-stop attack on the home team net, especially in the second frame and in a couple of back-to-back overtime periods.

Sullivan West stung the Lady Yellowjackets at 02:31 in the first half off the foot of Sophie Flynn with an assist from Violia Shami.

Eldred’s Dana Donnelly tied it up 1-1 unassisted at 26:56, and the game remained scoreless for the next 83 minutes, until it was declared a draw as dusk started to descend and the lights came on.

Anthony Durkin, coach of the Sullivan West booters, said, “We played well, but we have to work on getting better shots,” a summary of the match which was echoed by the crowd on the hill overlooking the field of play, as shot after shot by the Lady Bulldogs missed the mark, often by mere inches.

“They did a nice job, but we have to put the ball in the net,” he added.

Eldred’s coach Jordan Lepes noted that bench strength was a factor in that she only had two active subs, while the visitors had seven booters in reserve.

“Sullivan West is a very aggressive team, and I am very proud of my girls for playing a smart, aggressive game,” she said of the match that witnessed a total of 40 fast and furious shots on goal. 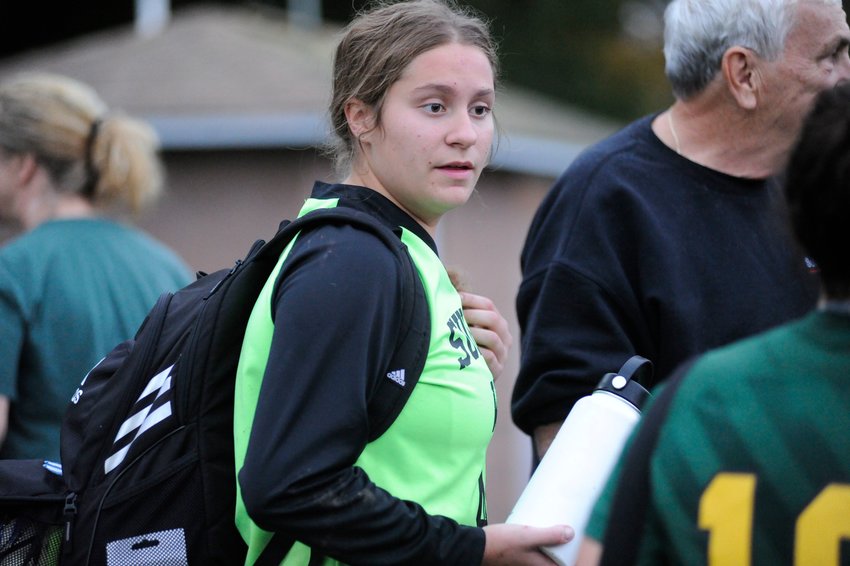 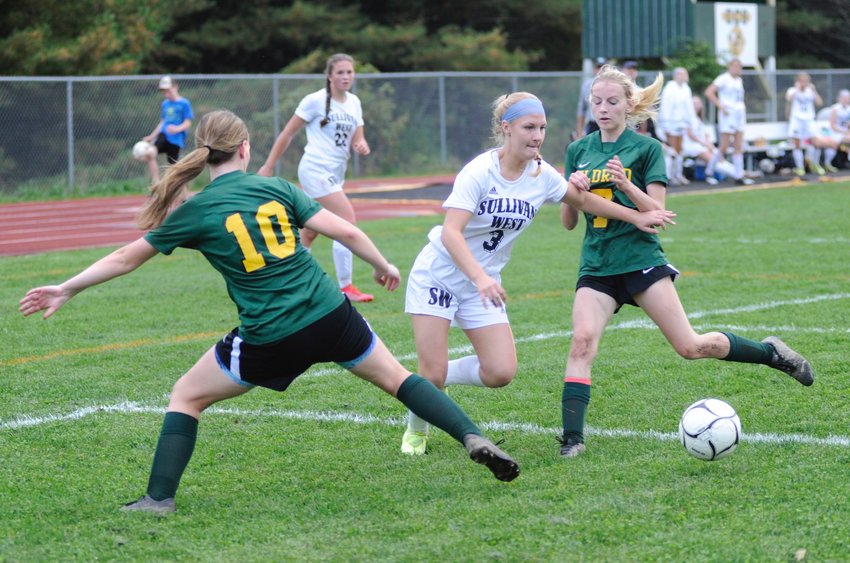 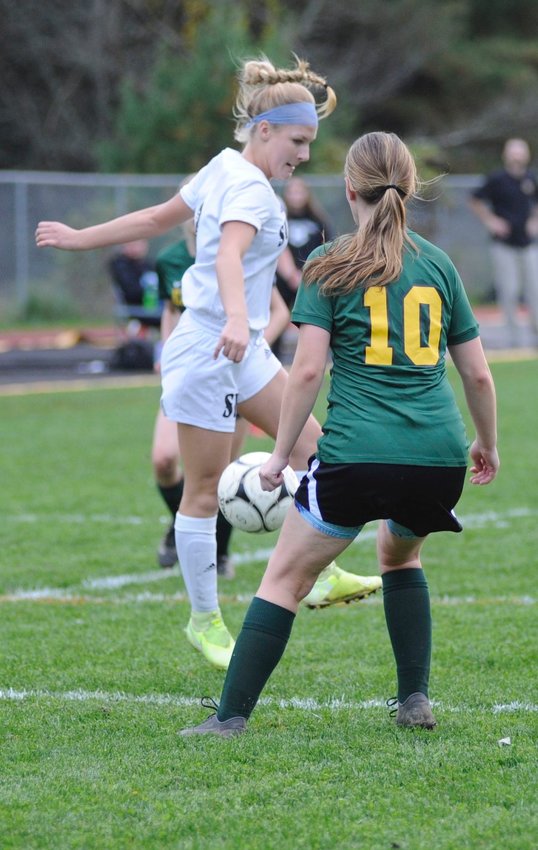 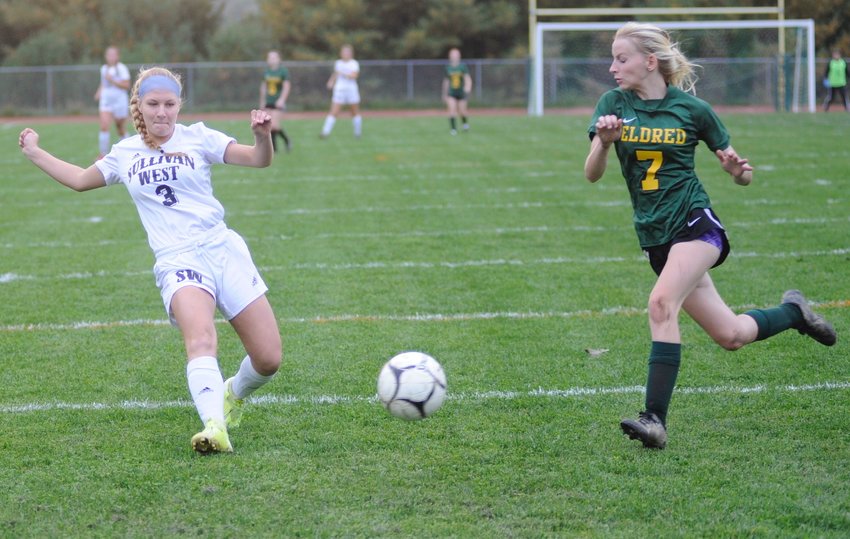 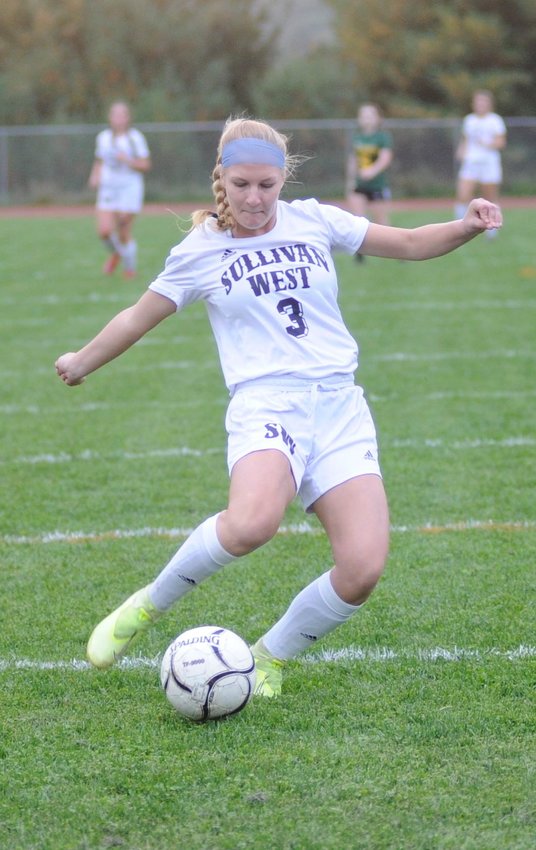 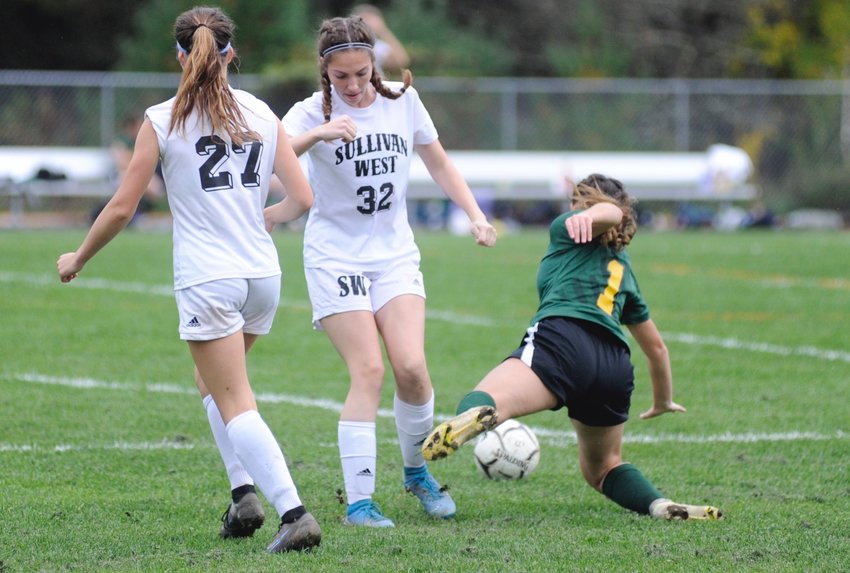 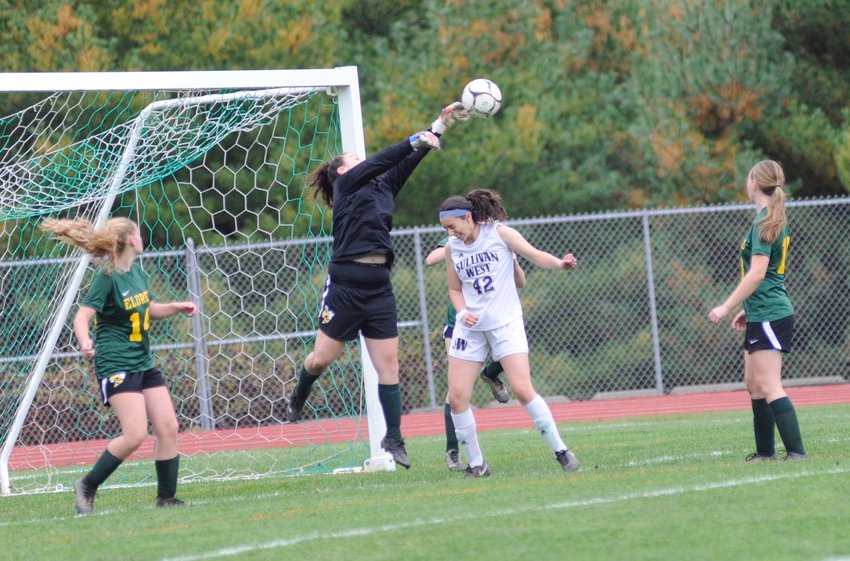 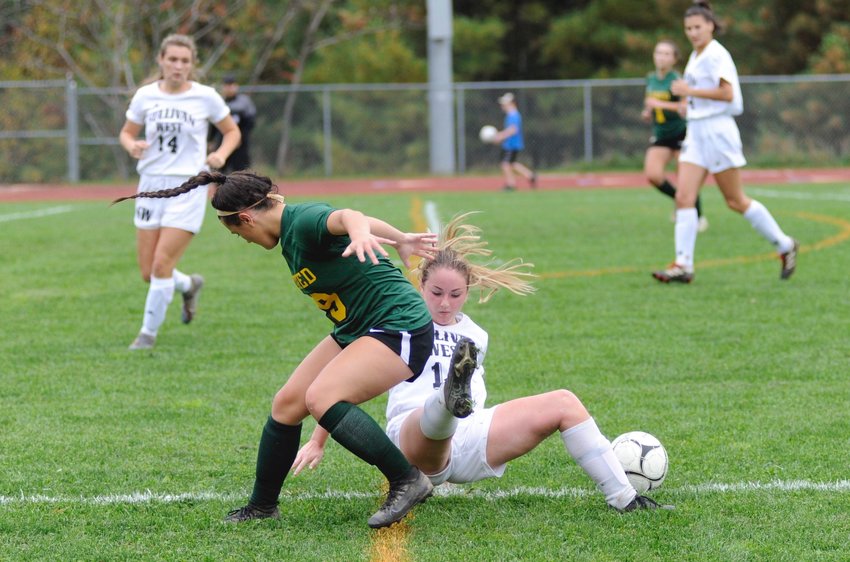 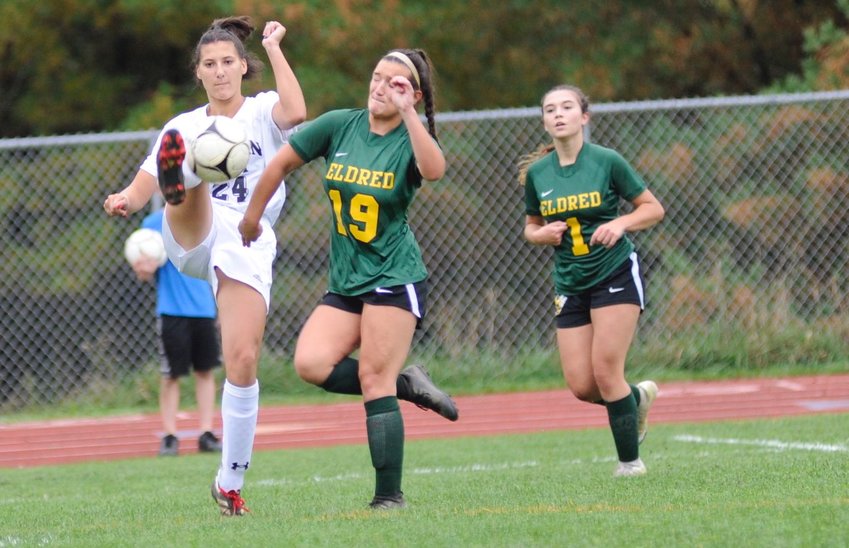 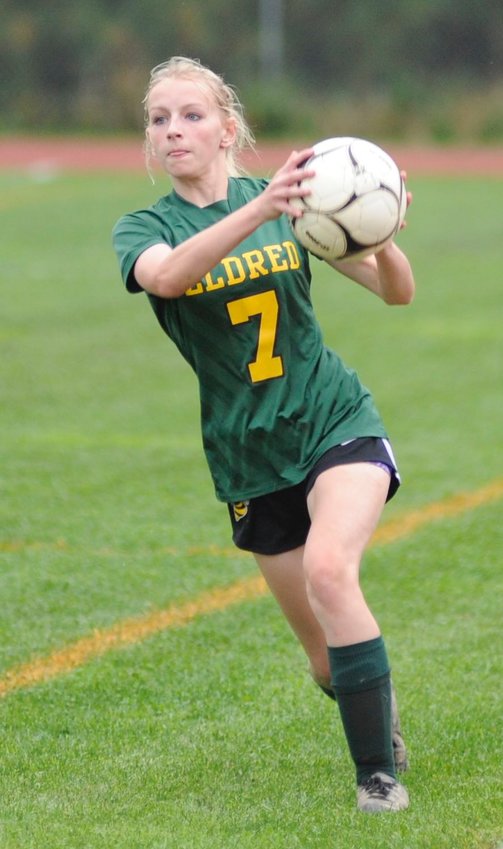 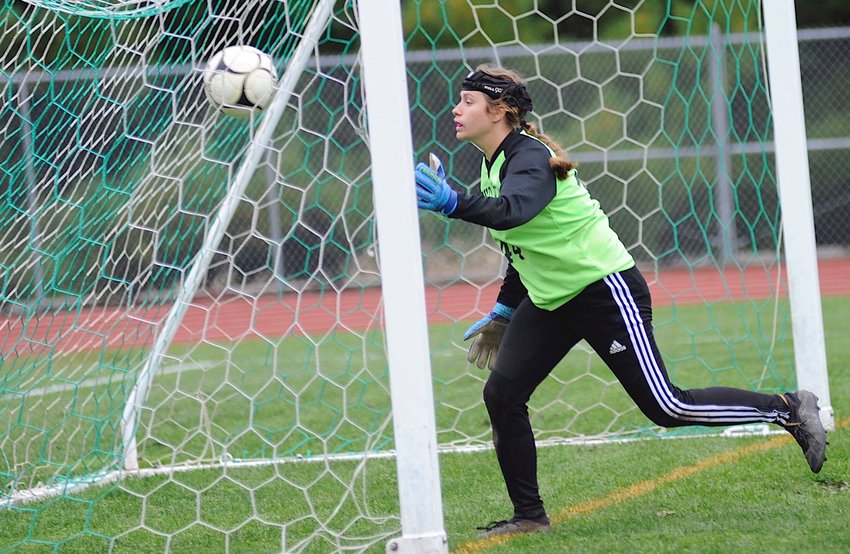 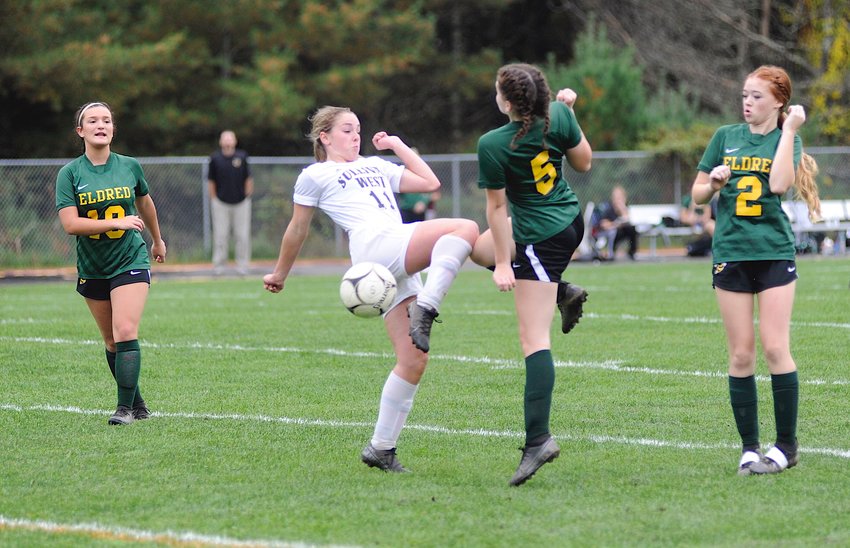 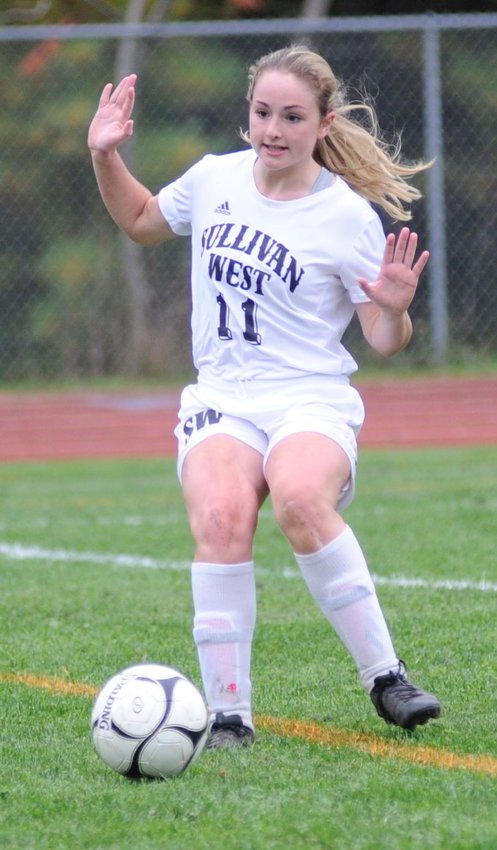 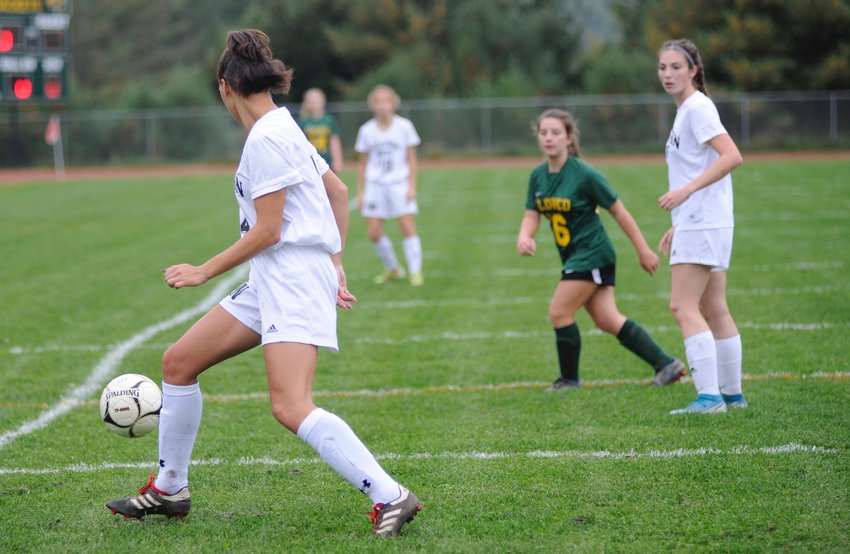 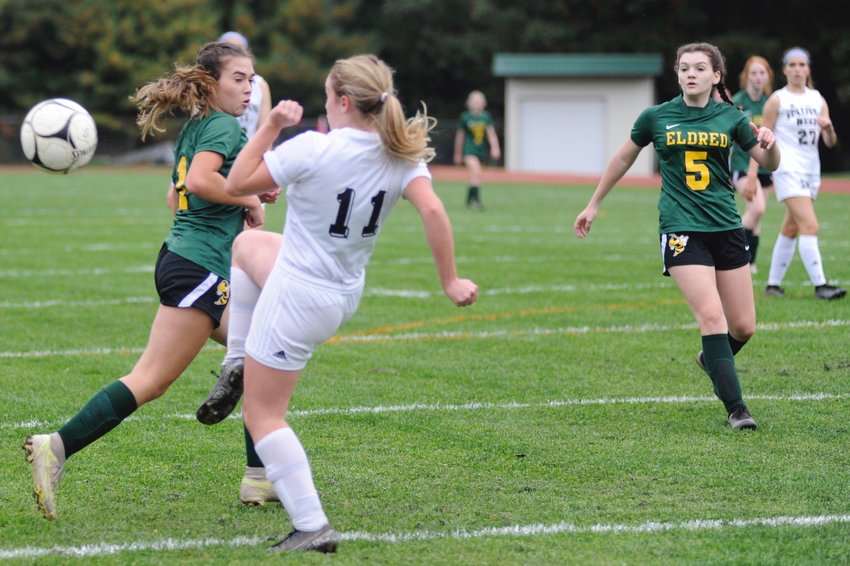 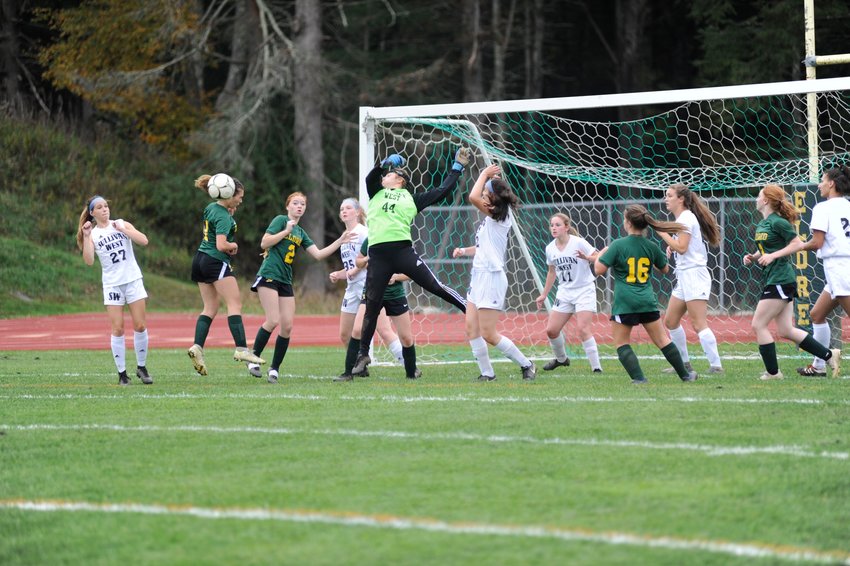 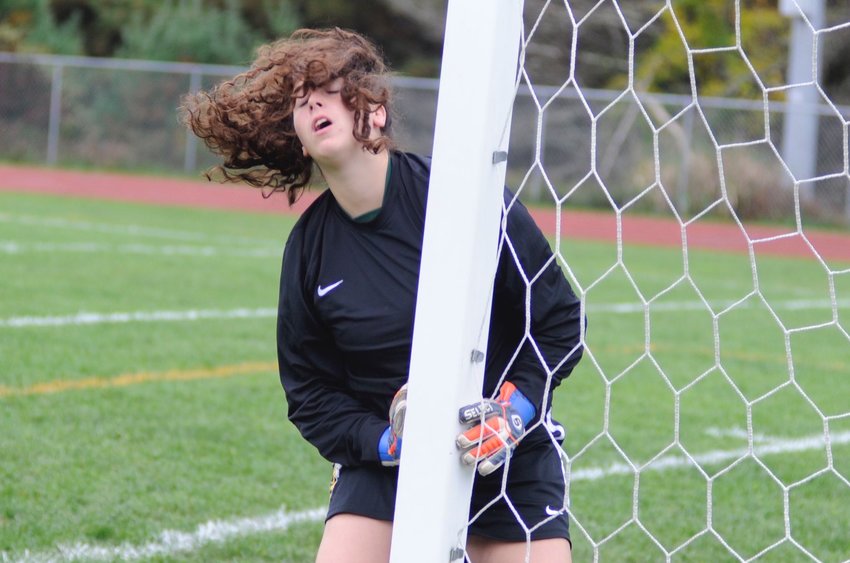