Harnessing horsepower at ‘The Mighty M’

The local race track, nicknamed “The Mighty M,” opened on …

Harnessing horsepower at ‘The Mighty M’

RR photo by Ted Waddell
Warm-up time. Driver Mike Merton finished fourth in the third race of the afternoon with a time of 1:56.3. Real Lucky is trained by Rob Harmon and owned by Harmon Stables of Milford, PA.

RR photo by Ted Waddell
High flyer. Cory Stratton drives Our Regal Ideal N. to a fifth-place finish in the third race, a $3,600 purse with a time of 1:56.4. The horse is trained by Philip “Bo” Sowers and owned by Clifford N. Grund of Boca Raton, FL.

RR photo by Ted Waddell
Headed to the winner’s circle. Han Solo took top honors in the fifth race of the day. Jim DeVaux posted a time of 1:58.1 in the one-mile pace. The horse is trained by Sheena McElhiney and owned by Monique Cohen of Montague, NJ.
Posted Wednesday, January 20, 2021 9:52 am
By TED WADDELL

The local race track, nicknamed “The Mighty M,” opened on June 27, 1958 with the goal of attracting more people to the area during the heyday of the hotel industry in the Catskills.

In 2006, the track was the site of what became known as the “Monticello Miracle.” A racehorse struck World War II vet Don Karkos in the same location where he was hit by shrapnel during a naval engagement, an event that caused him to lose sight in one eye. 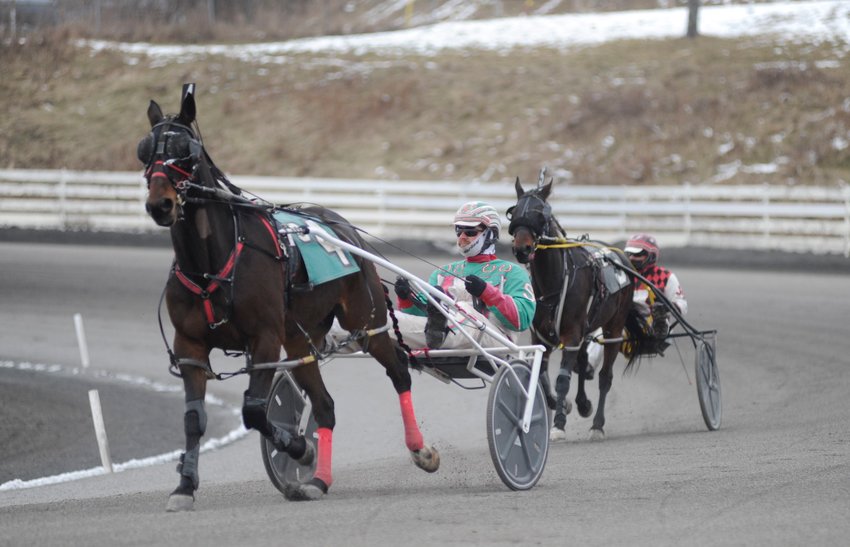 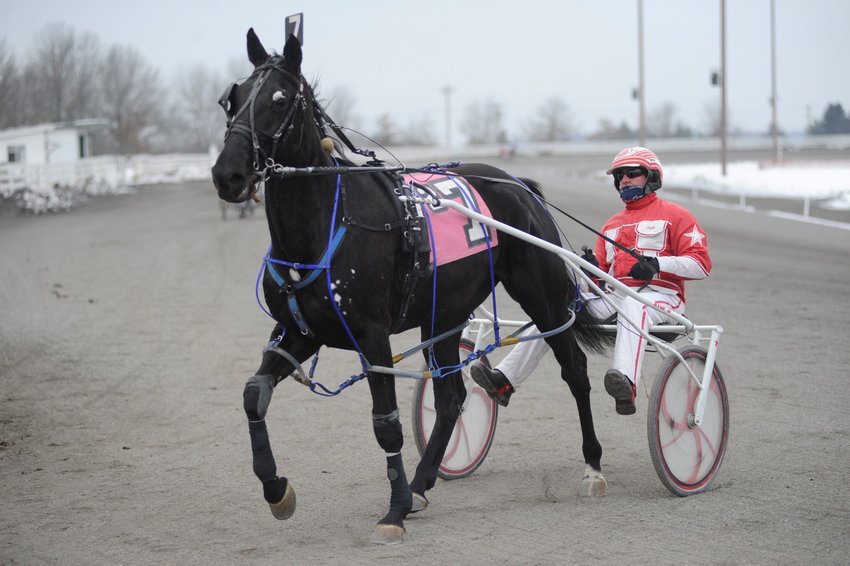 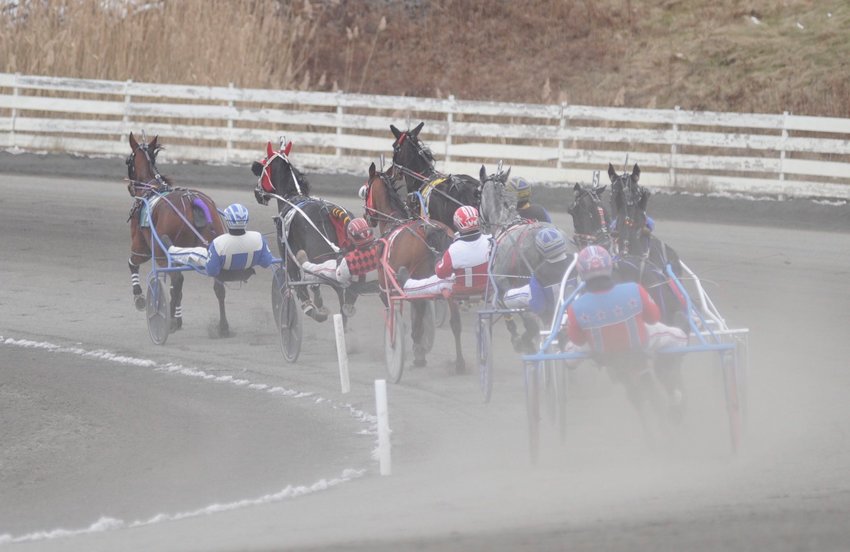 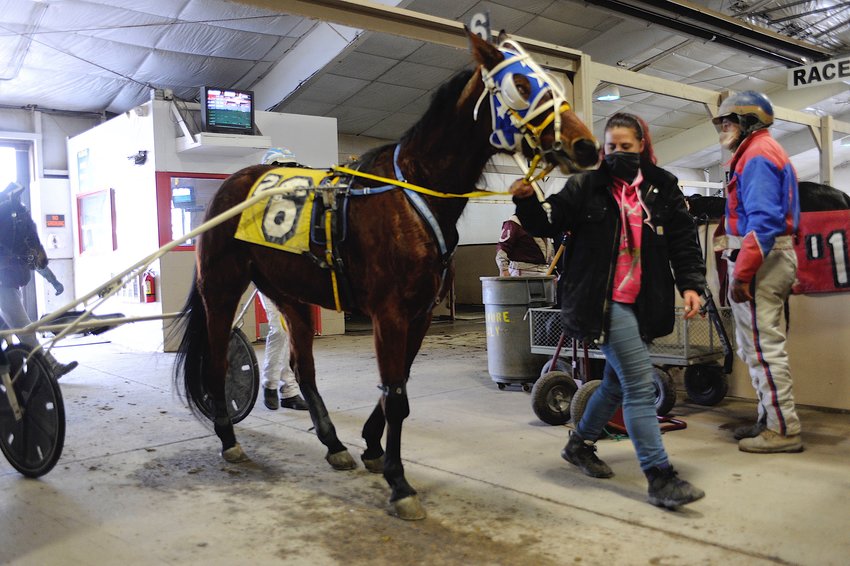 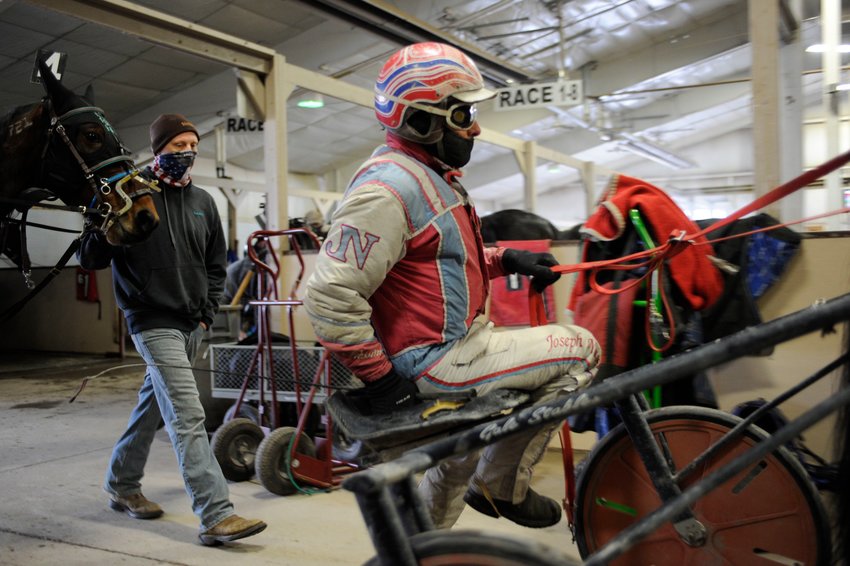 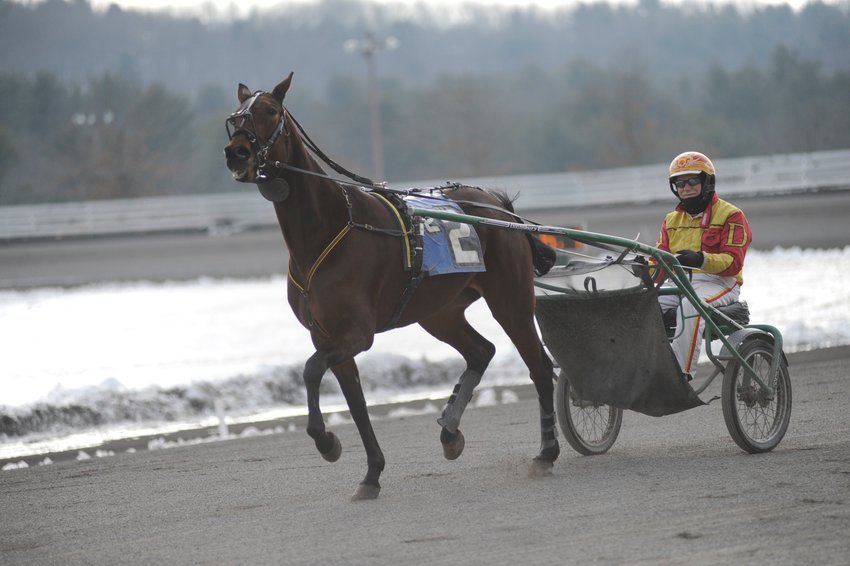 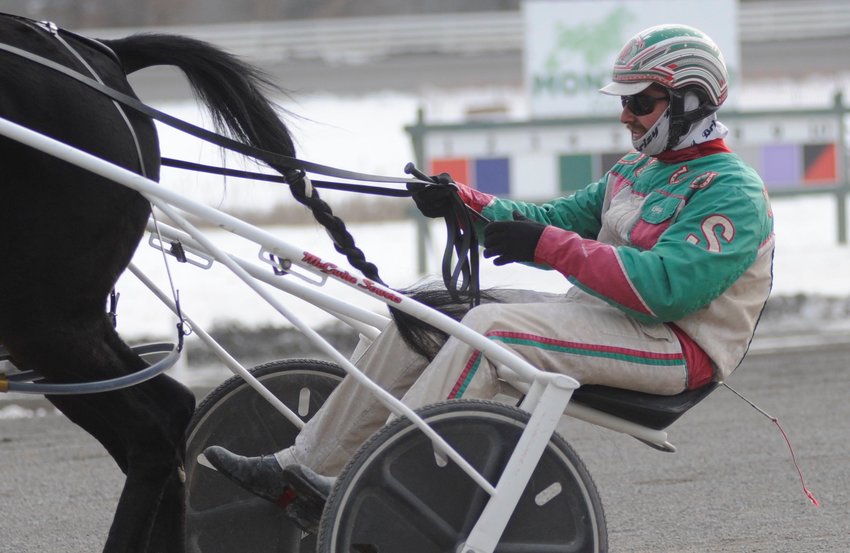 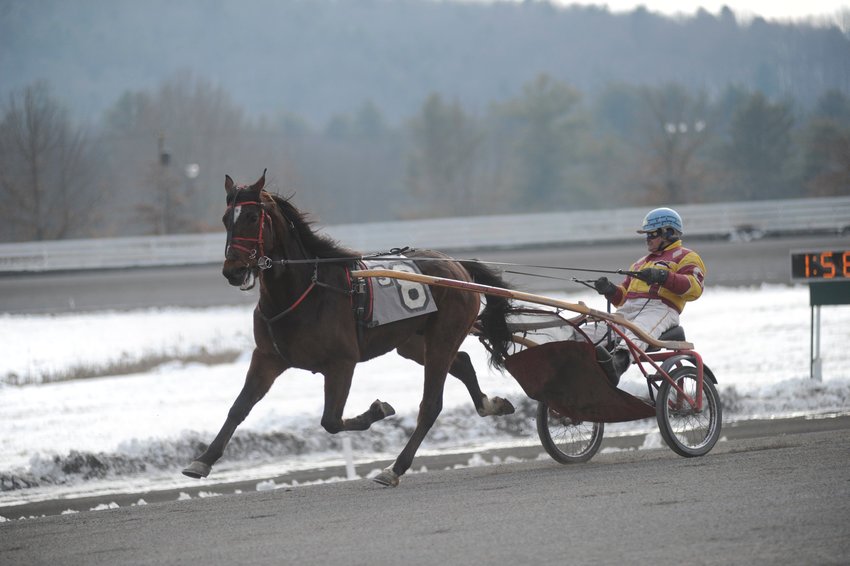 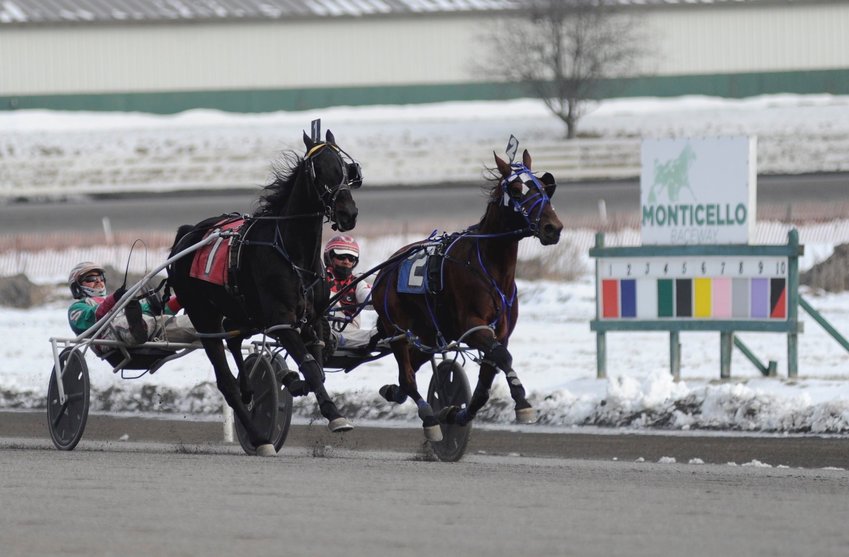 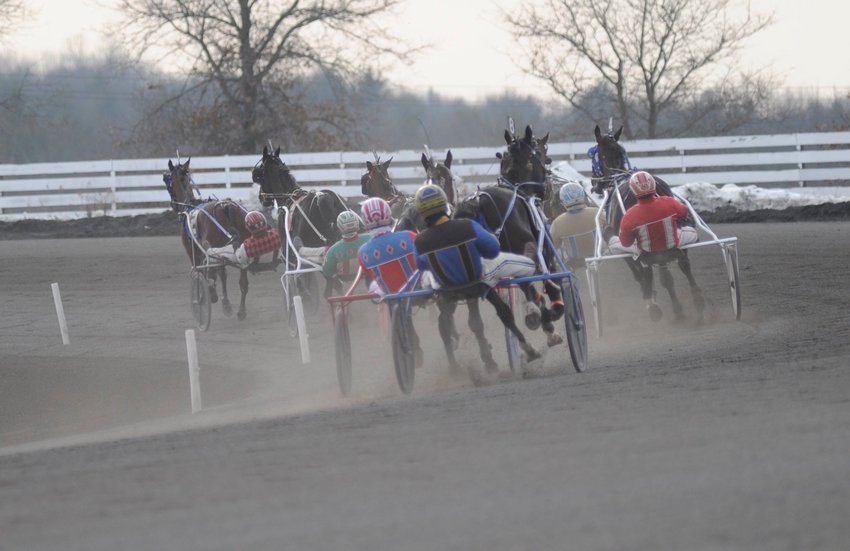 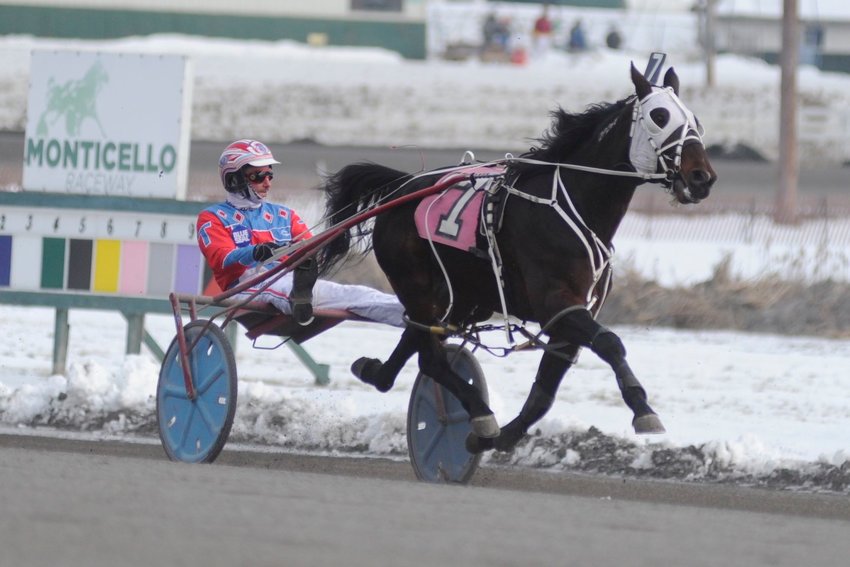 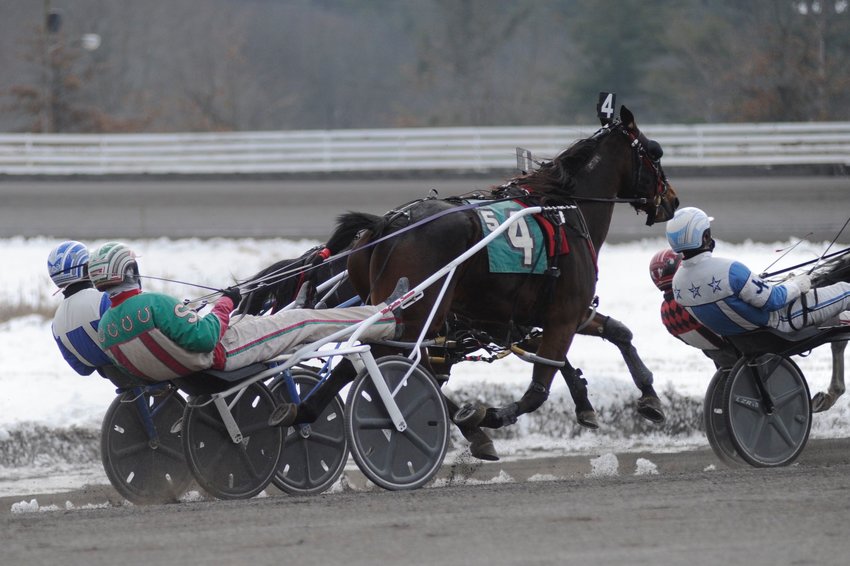 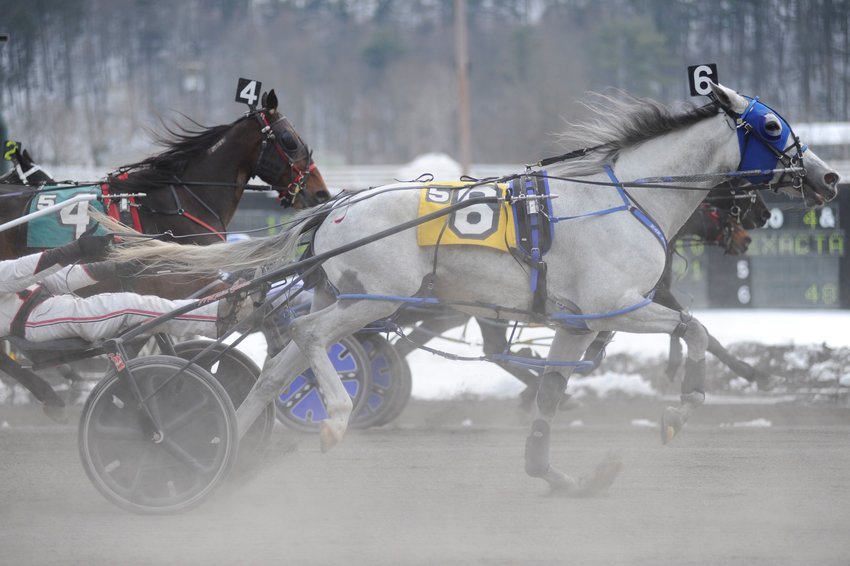 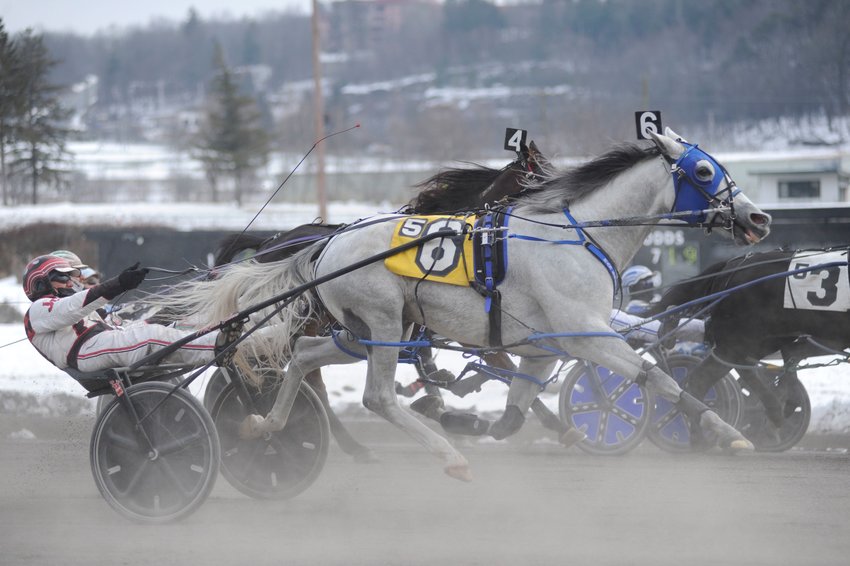 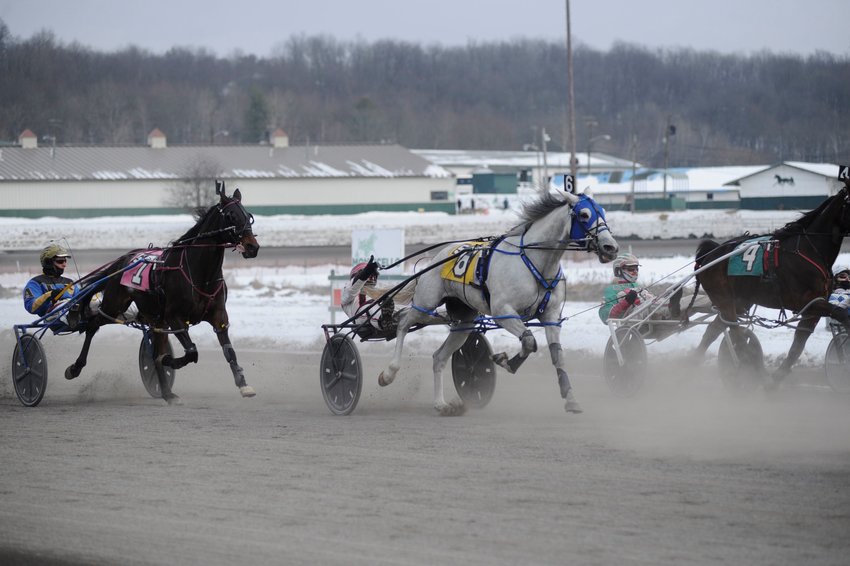 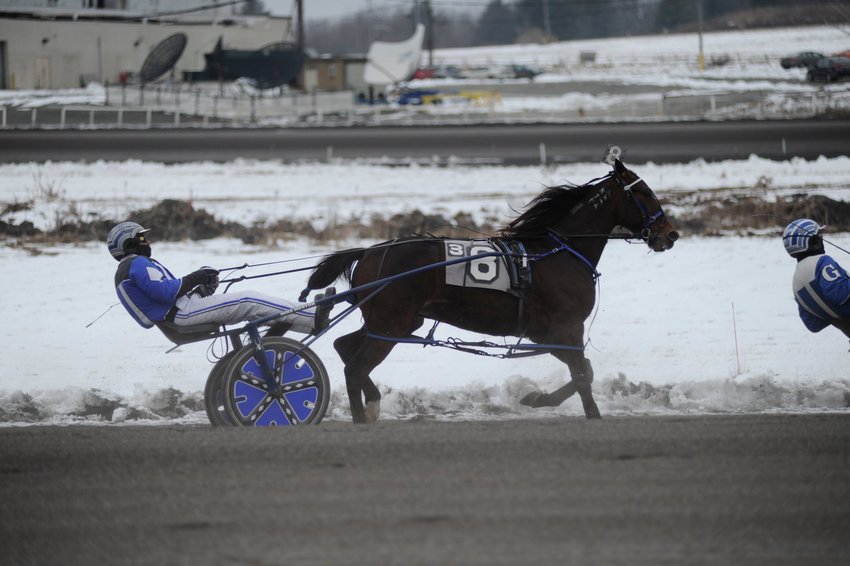 In what turned out to be a lucky collision, Karkos regained his sight, reportedly as a result of the unexpected impact dislodging the metal fragment in his head.

Today, the half-mile oval track features standard-bred horse racing year-round. It still attracts drivers who have been racing there for decades, as well as younger drivers on the way up the ladder of the sport of harness racing.