On Tuesday, August 24, the fisheries folks at the New York …

The state stocks more than 2.2 million catchable-size trout in the state-wide waters.

Sportfishing in the state generates an estimated $2.14 billion in economic activity each year.

Hatcheries produce fish for stocking into over 309 lakes and ponds, and approximately 2,900 miles of streams.

During the course of a year, stocking trucks log more than a half-million miles, while some remote waters are stocked by airplane or helicopter.

What fish are produced in the hatcheries?

The Catskill Fish Hatchery, located near the fabled waters of the Beaverkill and Willowemoc, specializes in rearing brown trout, and maintains a bloodstock capable of producing two million eggs and about 115,000 pounds of fish each year, minus a few snagged by bald eagles or perhaps an enterprising mink in search of easy pickin’s.

“Fishing is good for the mind and body… I encourage all anglers, novice and expert, to get outside and fish.”

—NYS DEC Commissioner Basil Seggos, in a statement on April 1, the opening day of the 2021 trout and salmon fishing season.

On Tuesday, August 24, the fisheries folks at the New York State Department of Environmental Conservation (DEC) Catskill State Fish Hatchery began the short but intense process of gathering two million eggs for the propagation of the fabled brown trout.

Michelle Poprawski started her career with the state’s environmental steward program six years ago, and now serves as a fish culturist 4. She is the local hatchery’s first woman in that supervisory position.

Once the eggs and milt were gathered, they were mixed, and the resulting buckets of fertilized eggs were delivered to her. Then she carefully washed them in cold water to remove any dead eggs,  and placed them in specialized incubation trays for the next stage of the growth process.

Her take on the importance of fish hatcheries?

“It totally enhances the outdoor experience,’ replied Poprawski, adding, “We’re giving back to the anglers, to ensure that they can catch a fish.”

Logan Grishaber, a 2009 graduate of Sullivan West High School, has worked at the Catskill Fish Hatchery as a fish culturist 1 for the last four years. During the egg- and milt-gathering, he was in charge of mixing the ovarian fluid that contained the eggs and milt. Then he added two cups of water to the mix, thus initiating the rapid process of fertilization.

Just a few days prior, the fisheries folks harvested 1.6 million eggs from 295 female brown trout—a record for the local hatchery—and on Tuesday were in full force, well on their way to reach the target total of two million eggs fertilized, give or take a few.

“I knew I wanted to work in the outdoors,” said Grishaber, the grandson of noted outdoorsman Craig Stewart of Callicoon, who was known to wet a line or two in the Upper Delaware River and surrounding waterways.

“I grew up fishing in Callicoon Creek and the river,” explained Grishaber, “It just worked out for me.”

Tim Anstey is an old hand at the Catskill Fish Hatchery, and will be retiring pretty soon after 24 years. He’d originally gone back to school at the age of 34 to qualify for a job with the DEC.

“I’ve enjoyed every moment of it,” he said of working at the hatchery. “I love the outdoors, and love working in the outdoors.”

His take on the process of gathering eggs to ensure brown trout thrive in the region?

“I think what we do here is a wonderful thing, not only for the sportsmen, but for the local fisheries, streams, lakes and reservoirs.”

For more information about the multifaceted NYSDEC programs, including fish hatcheries, visit dec.ny.gov. 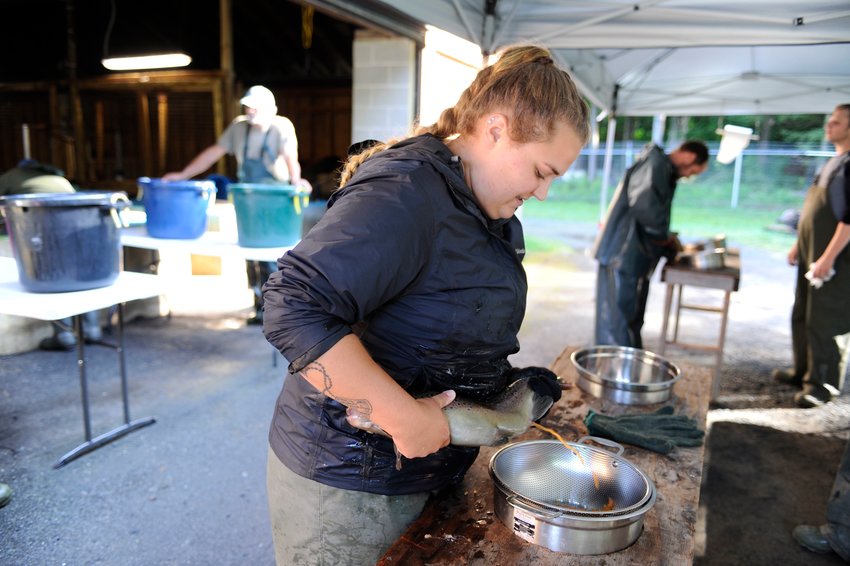 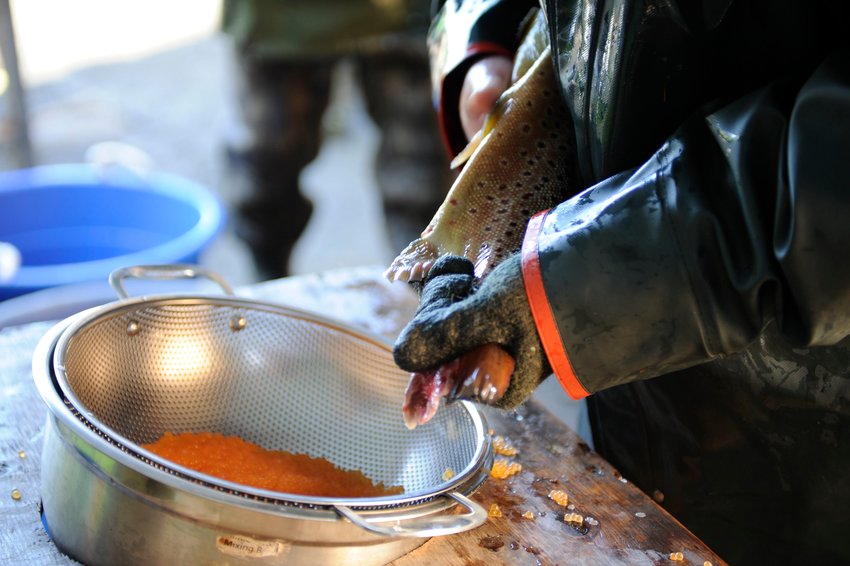 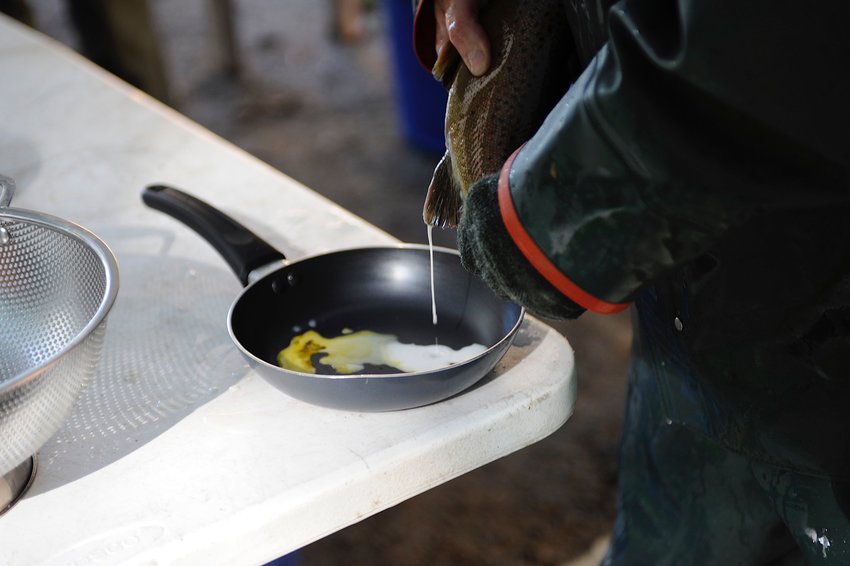 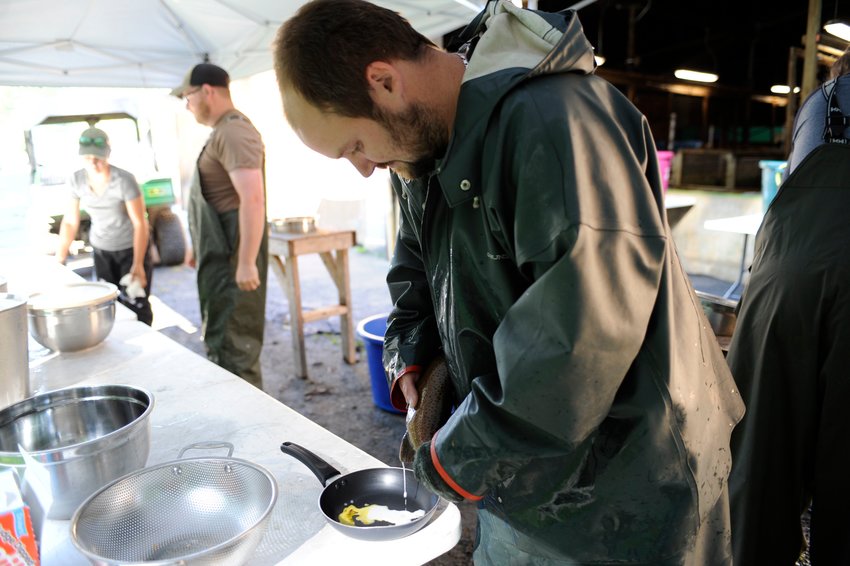 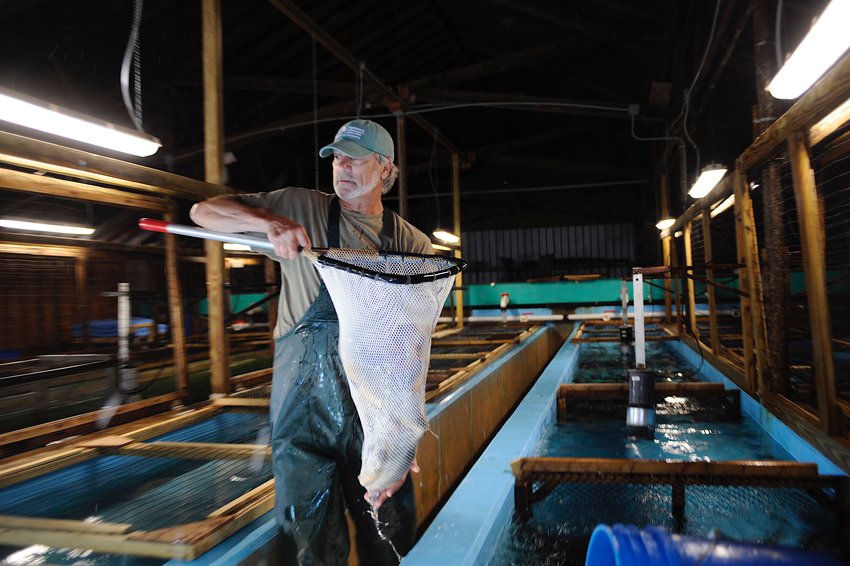 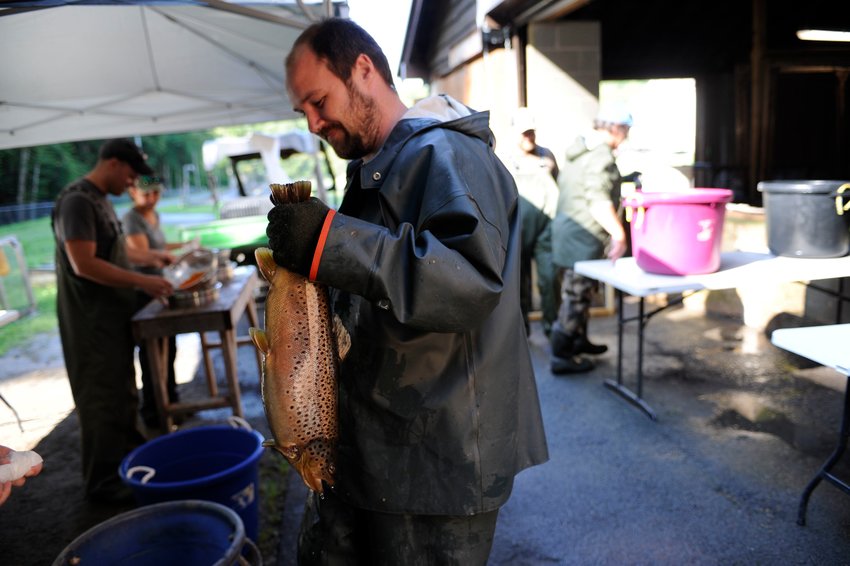 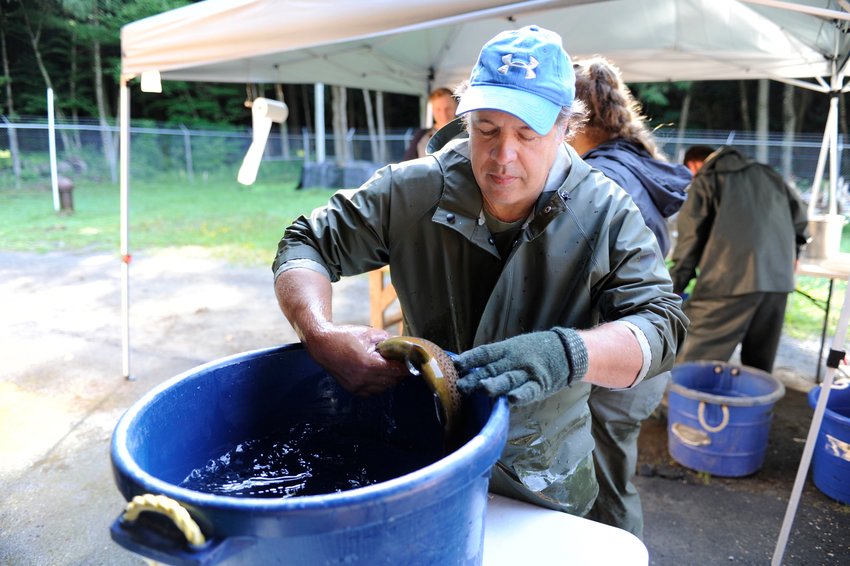 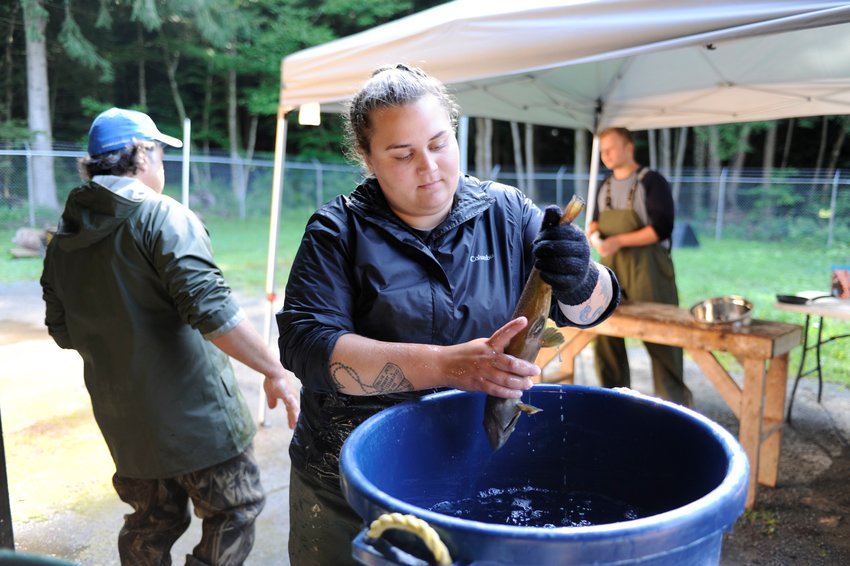 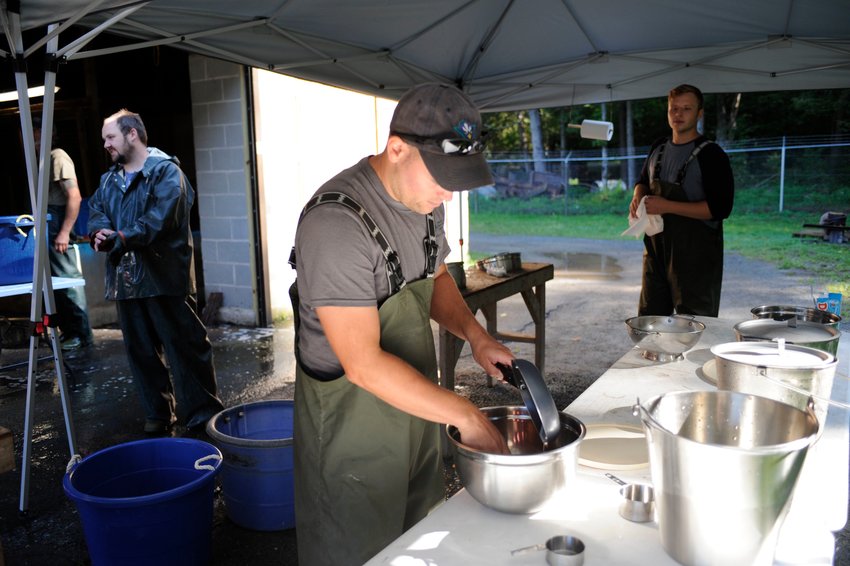 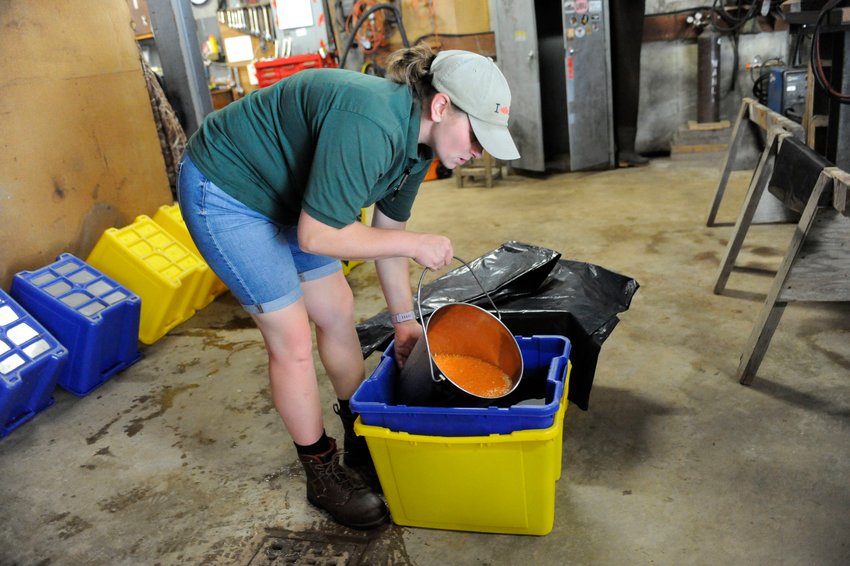 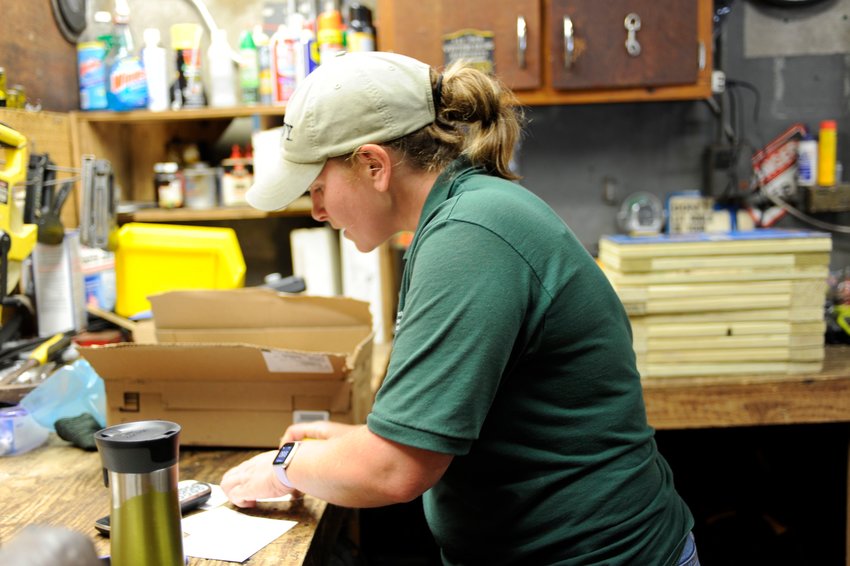 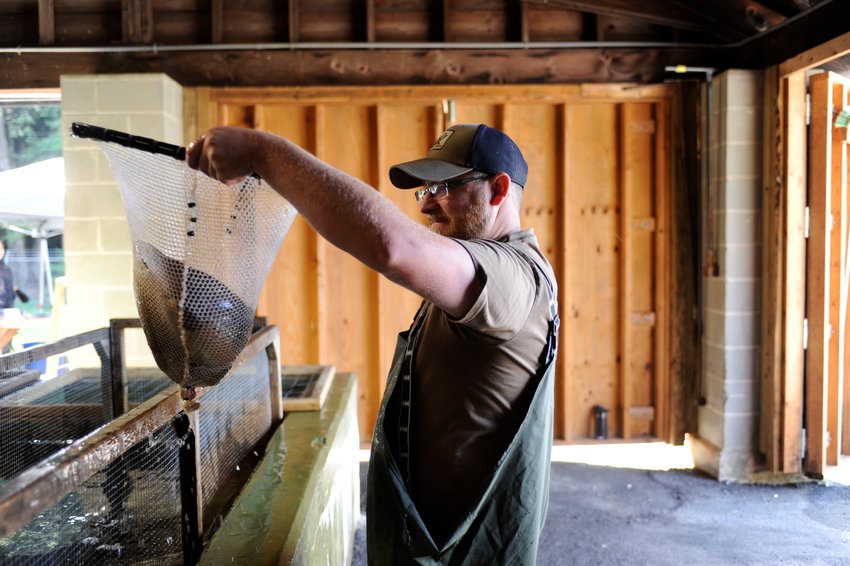 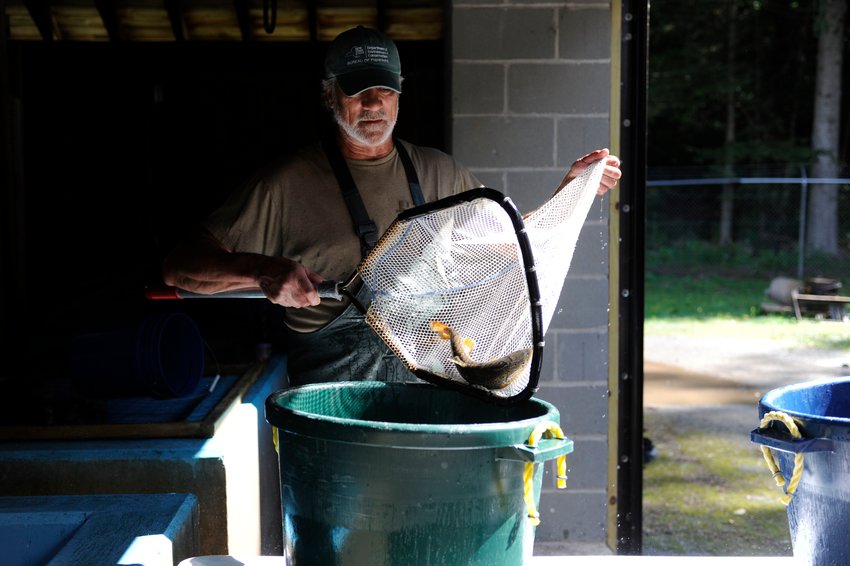 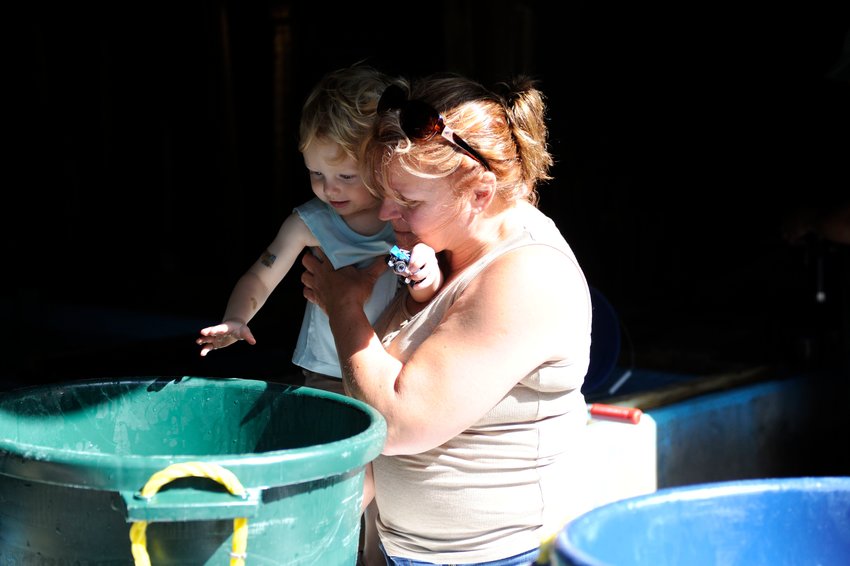 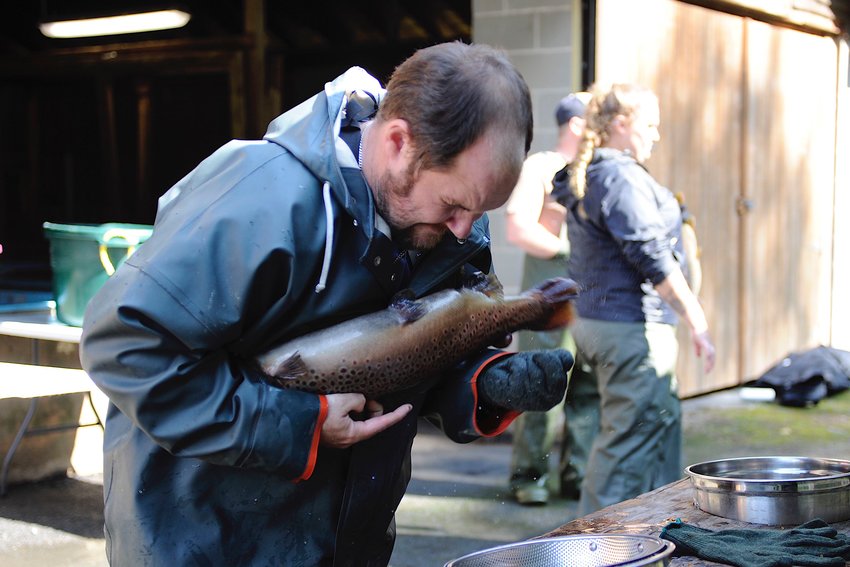 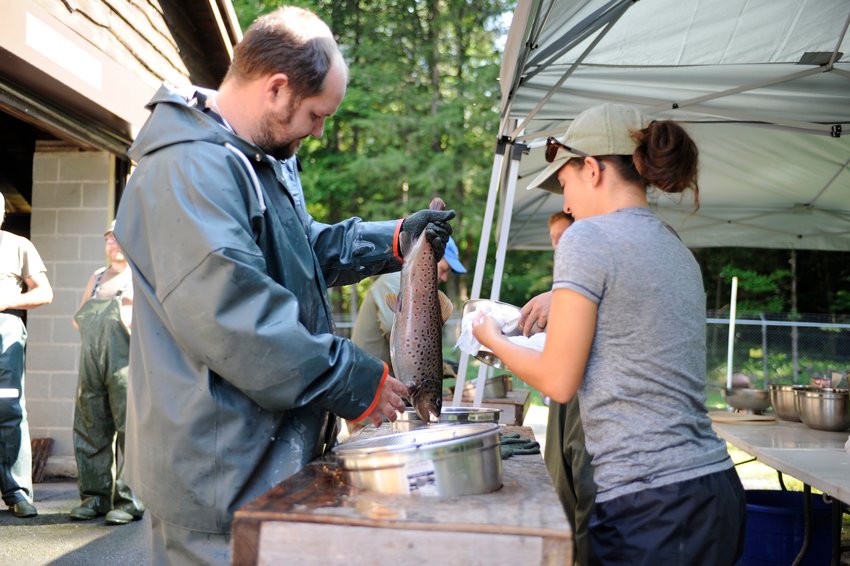 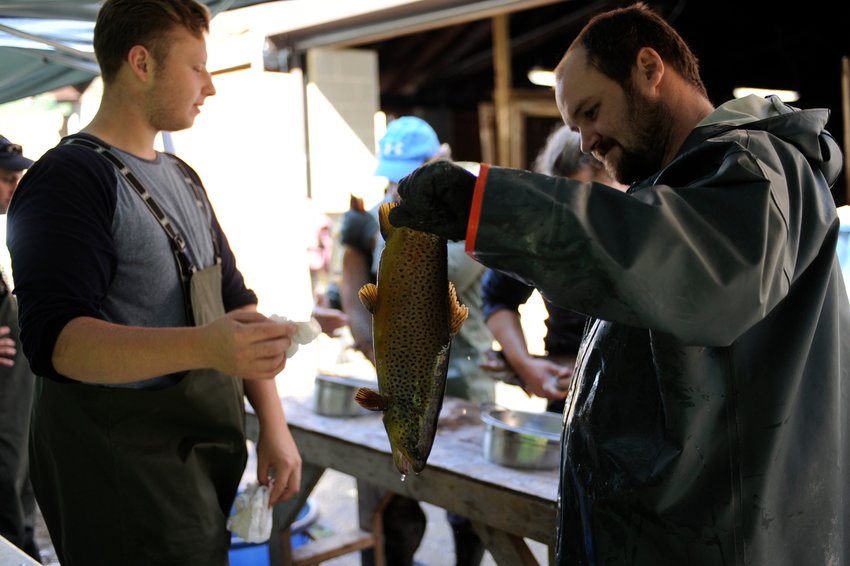 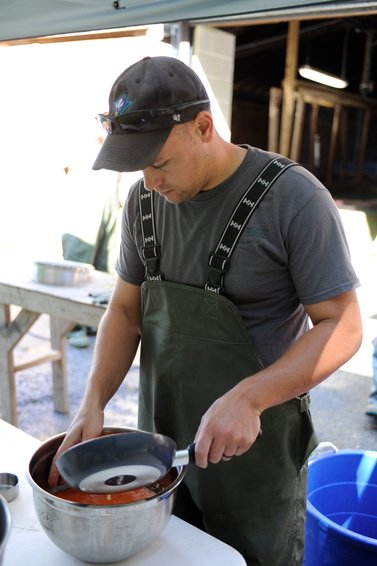 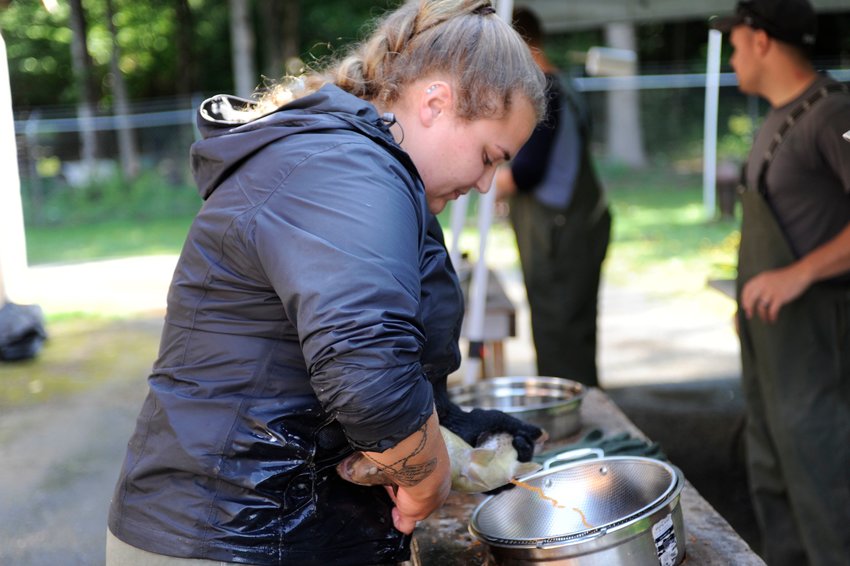 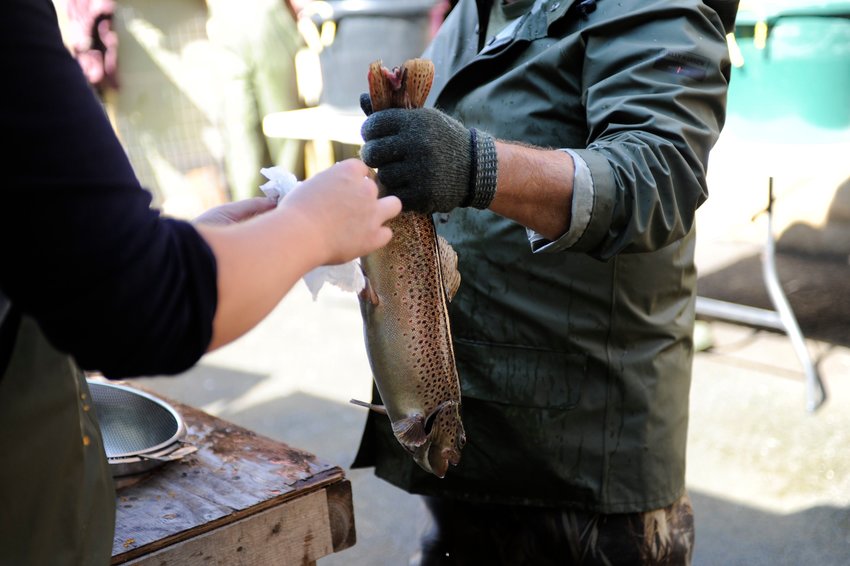 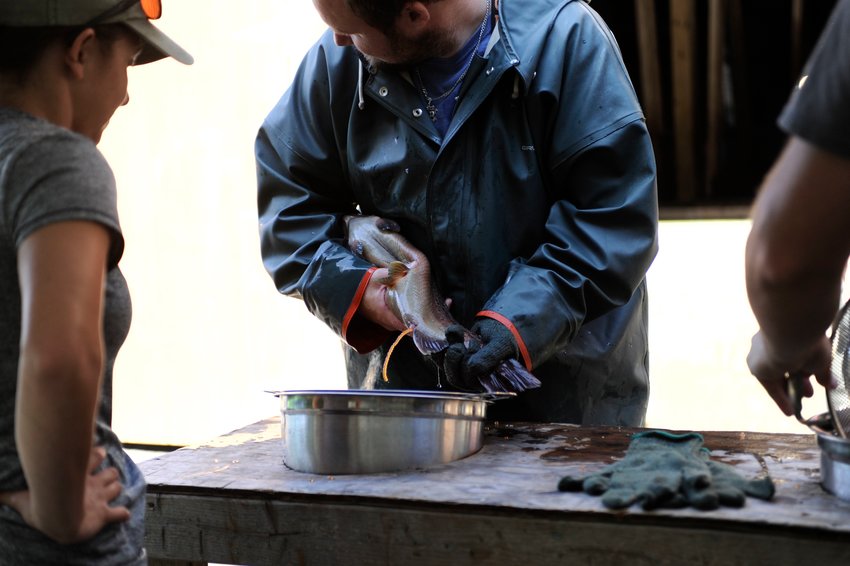 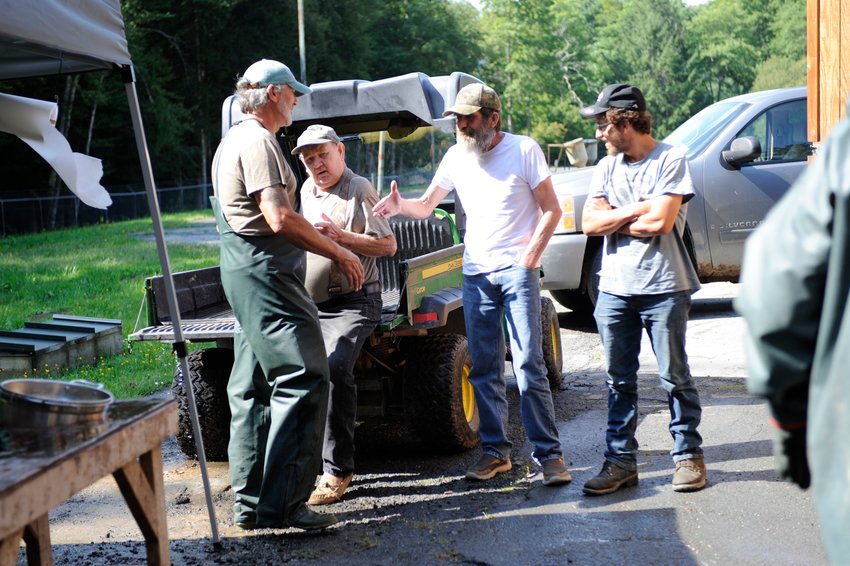