Down in the paddock

MONTICELLO, NY — More years ago than this sports scribbler will admit to, he covered numerous noteworthy events at Monticello Raceway. There were the famous “The Mighty M” …

Down in the paddock

RR photo by Ted Waddell
Horse sense. Philip “Bo” Sowers Jr., pictured right, has been in the sport of harness racing since he was five years old. He was just named Monticello Raceway’s 2020 Trainer of the Year. He is pictured with his barn manager Steve Shorey and the horse, I Saw Red...

RR photo by Ted Waddell
Here’s mud in your face! Veteran horseman driver Bobby Merton returned to the paddock after a warm-up circuit on the muddy track. The racing card for January 5 was canceled due to hazardous conditions as the track thawed.

RR photo by Ted Waddell
All in the family. The Merton clan have several things in common: They are dedicated horsemen, and they all graduated from Monticello High. Pictured are Tom, left, Greg, Veronica, Bobby and Mike...
Posted Wednesday, January 13, 2021 9:37 am
By TED WADDELL

MONTICELLO, NY — More years ago than this sports scribbler will admit to, he covered numerous noteworthy events at Monticello Raceway. There were the famous “The Mighty M” nail-biting, down-to-the-wire harness races; the Miss Sullivan County Beauty Pageants; and fascinating conversations with John Manzi, the track’s legendary publicity man in his cigar-smoke-filled office, compete with pinups of horses and scantily clad women.

Over the years, the sport has changed a bit, but the love of horse racing continues, fueled by the passion of horsemen dedicated to a sport that, in many cases, carries over from one generation to the next.

In a sense, harness racing at Monticello Raceway mirrors the action at Bethel Motor Speedway in nearby Kauneonga Lake, as sons follow fathers and grandfathers in the pursuit of speed. 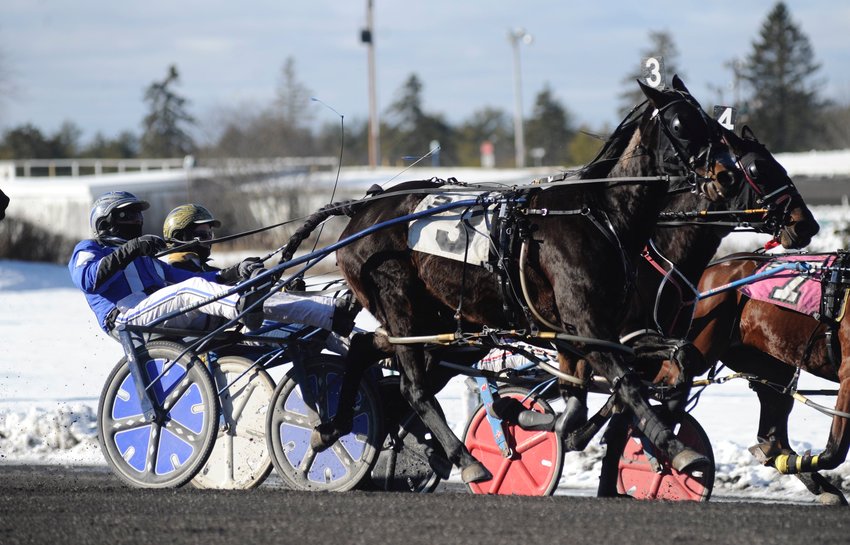 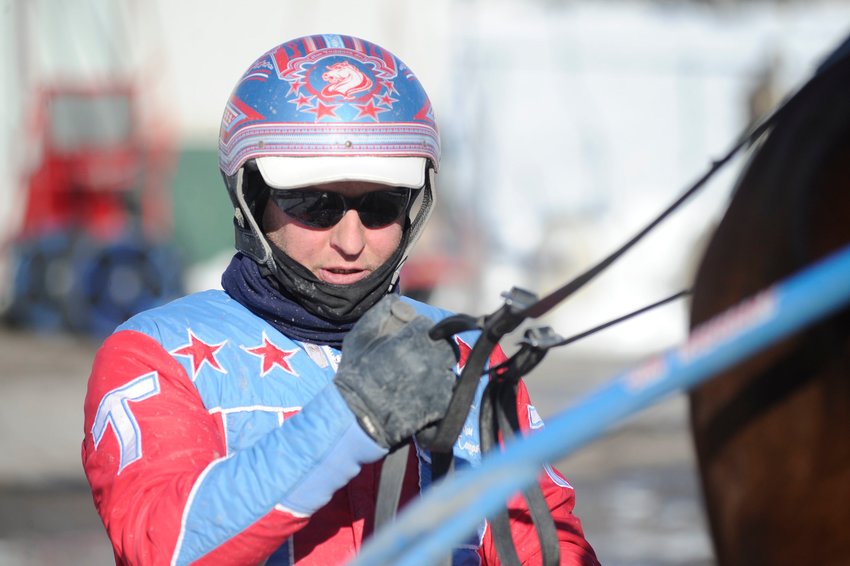 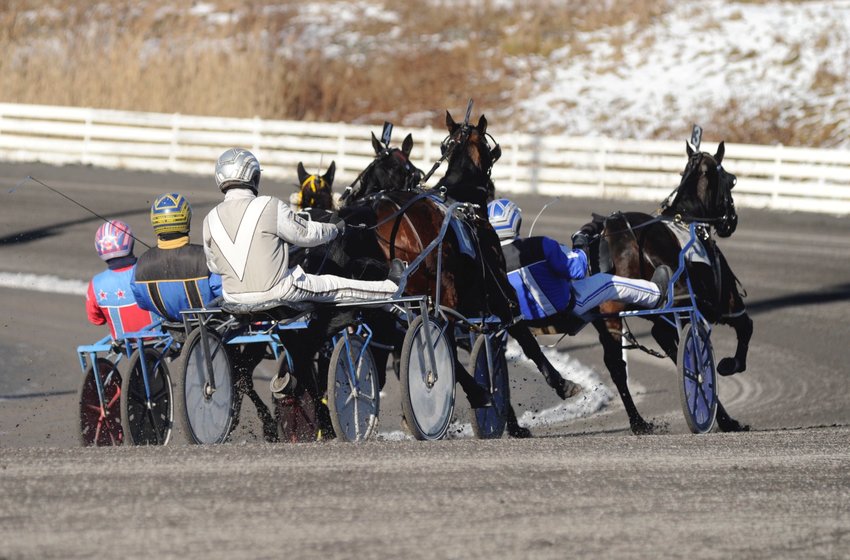 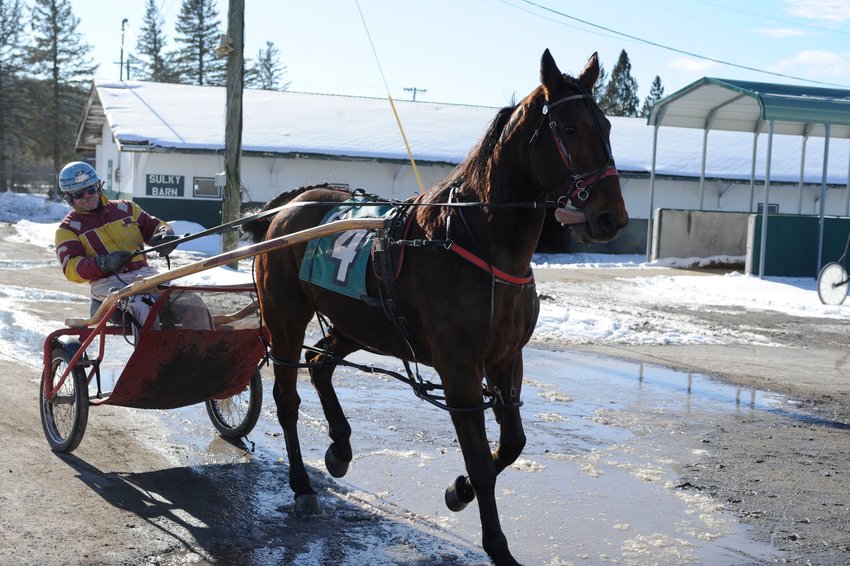 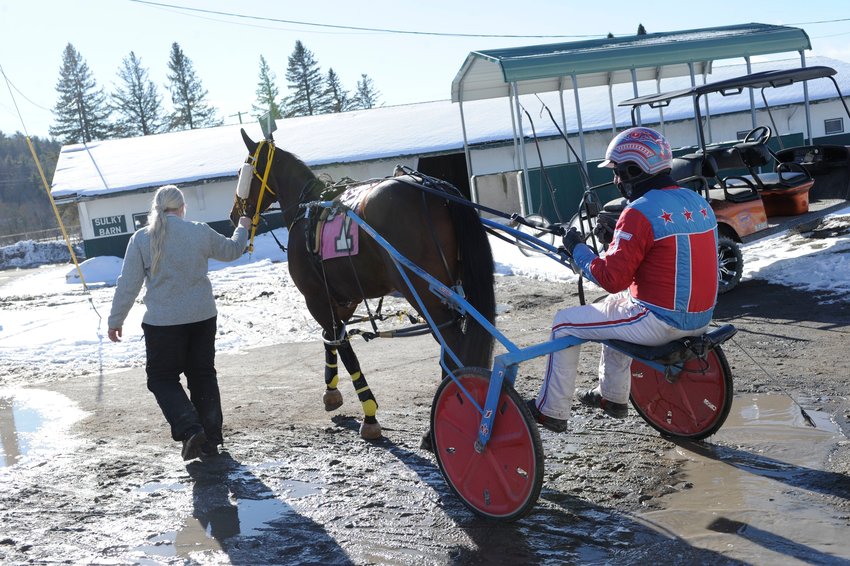 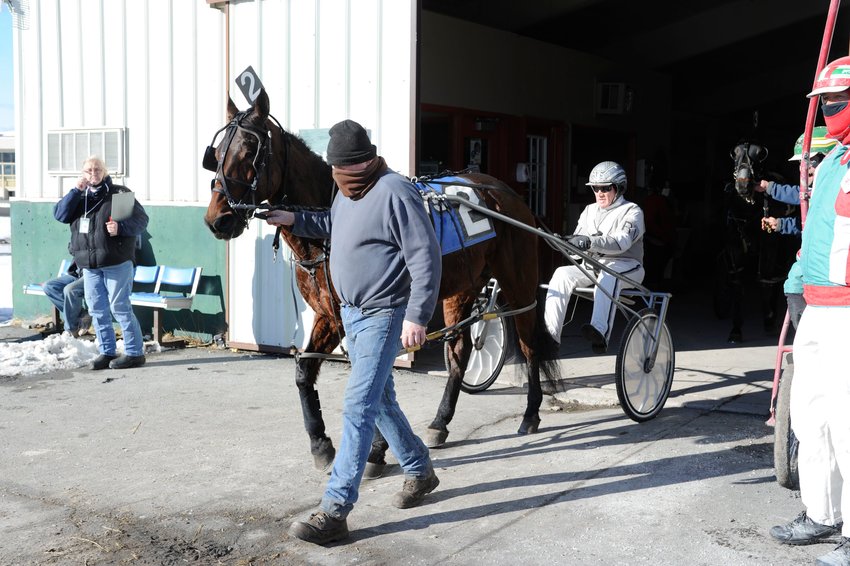 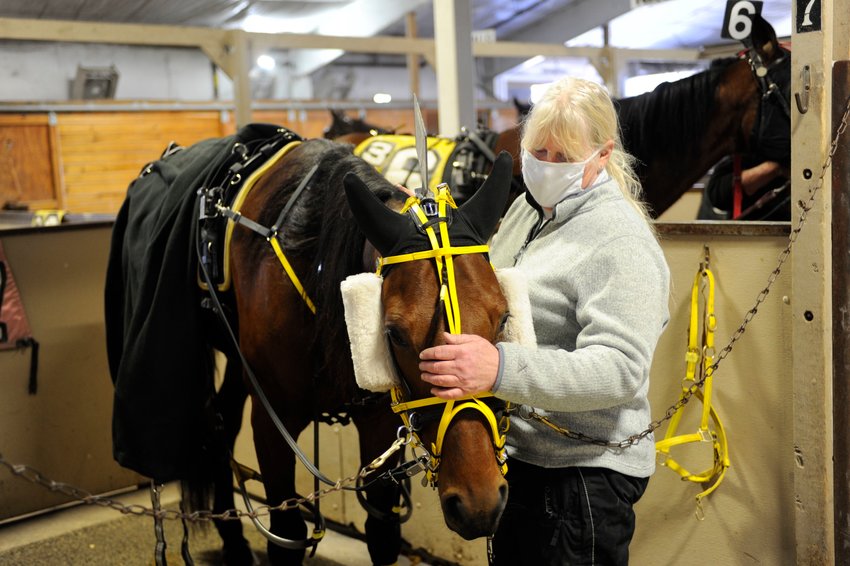 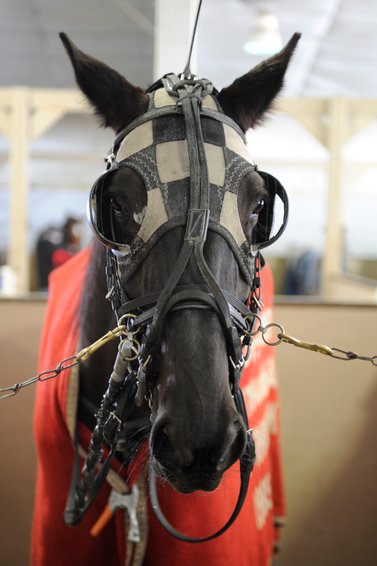 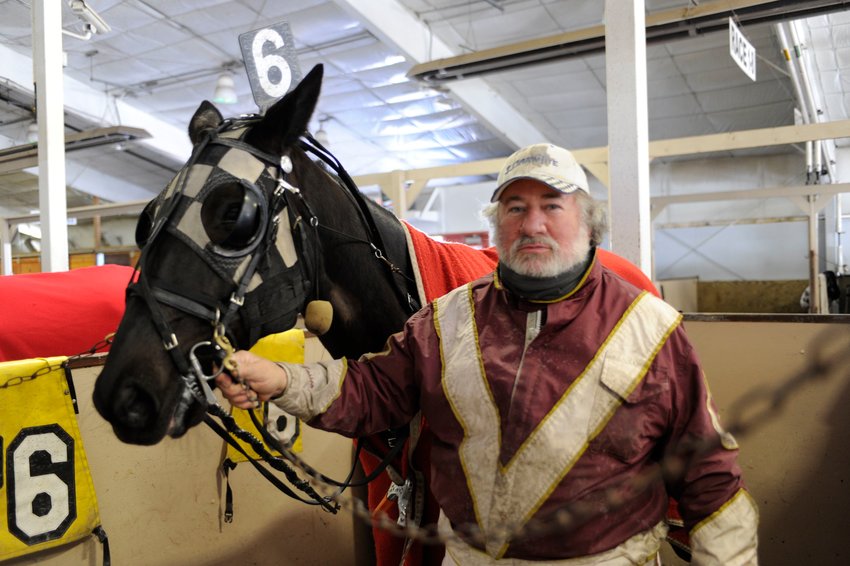 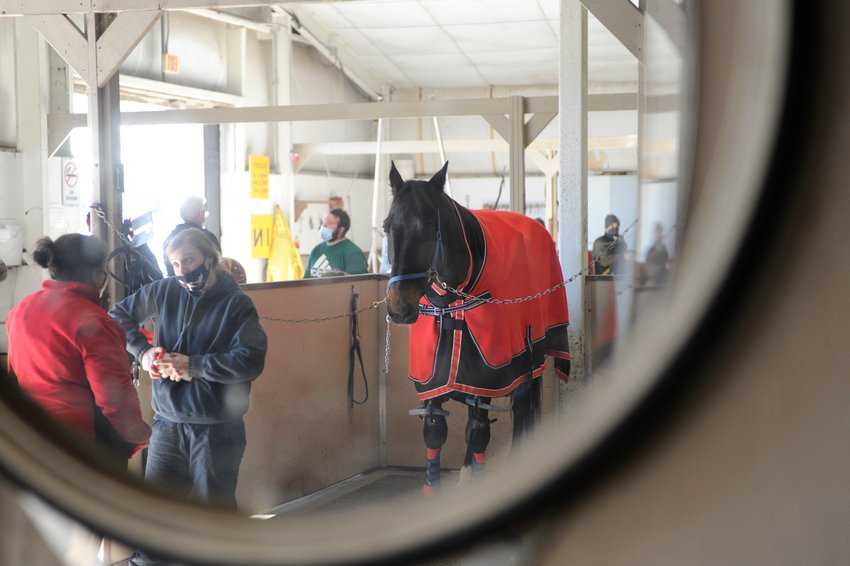 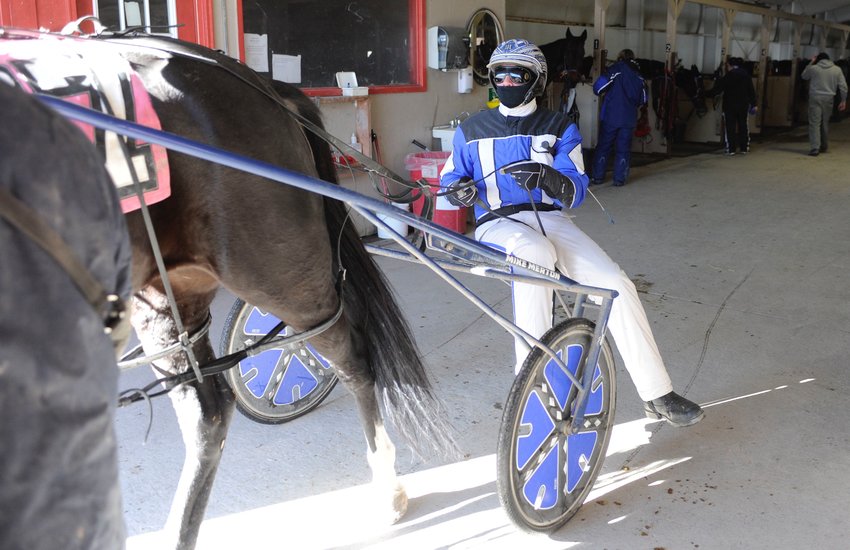 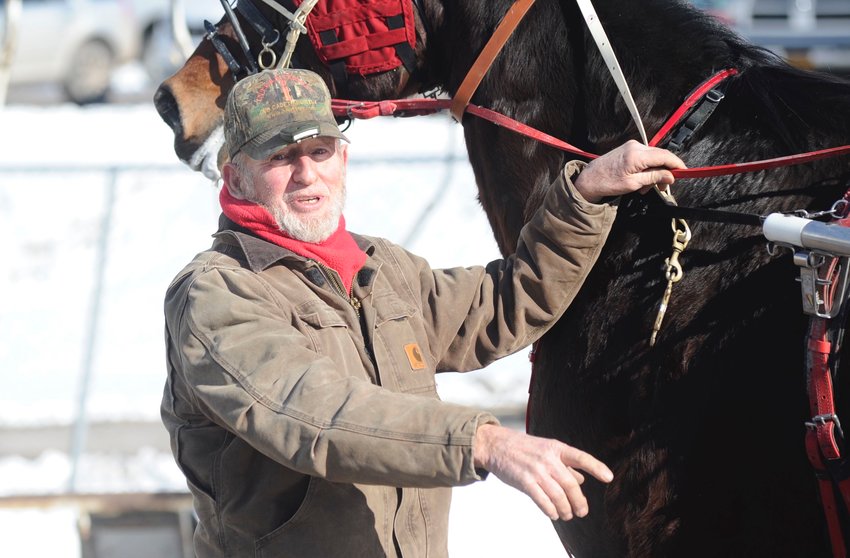 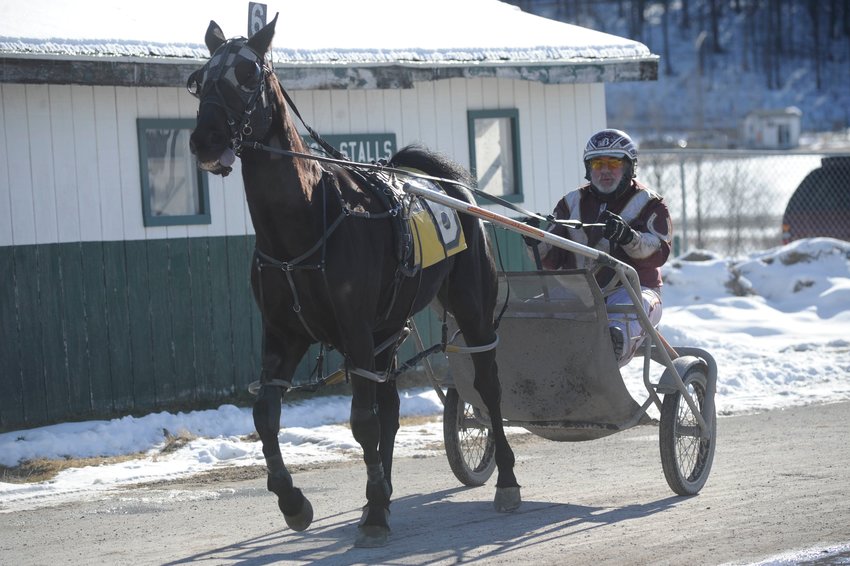 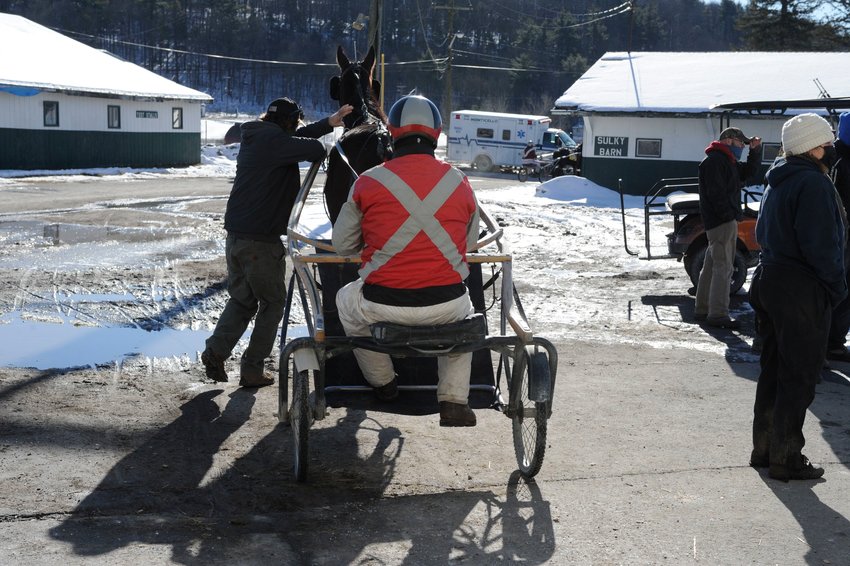 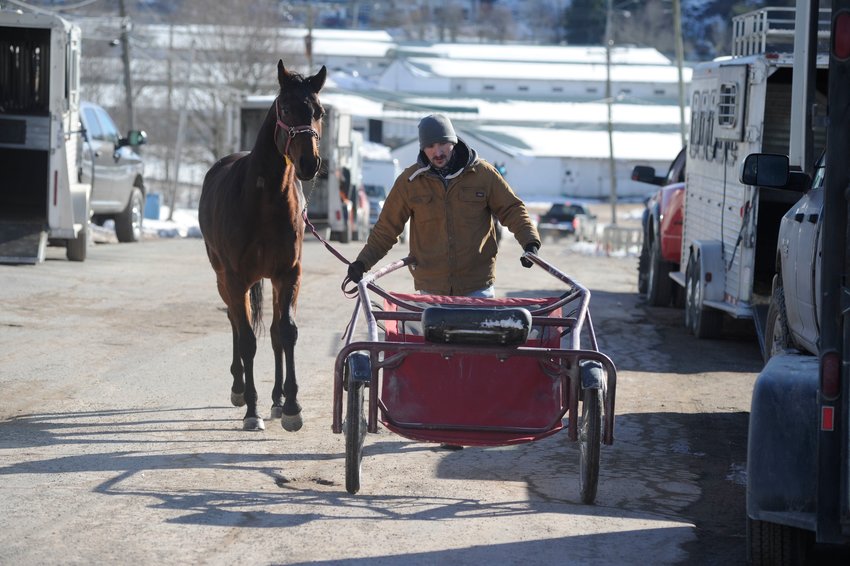 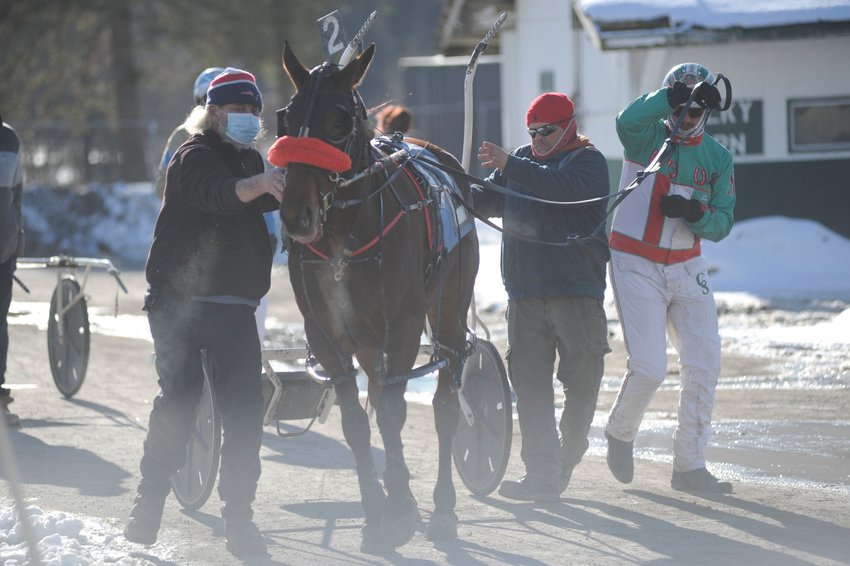 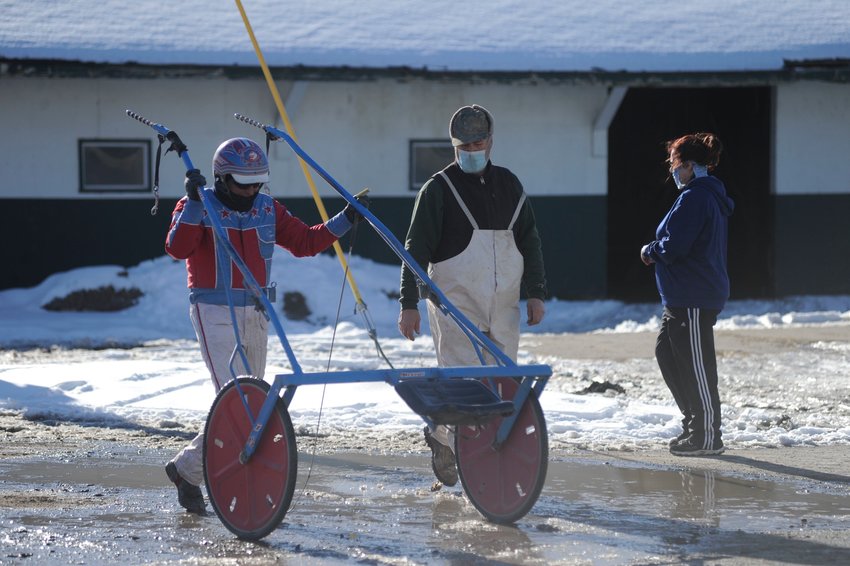 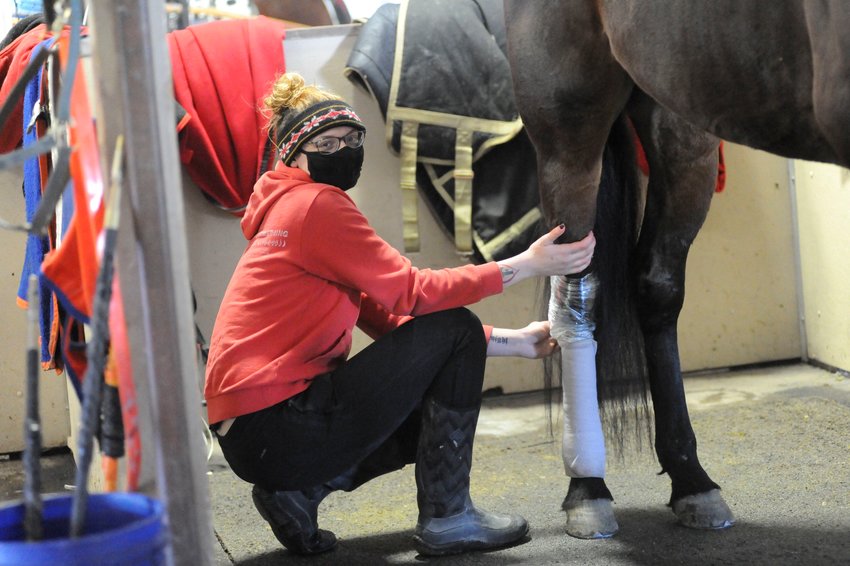 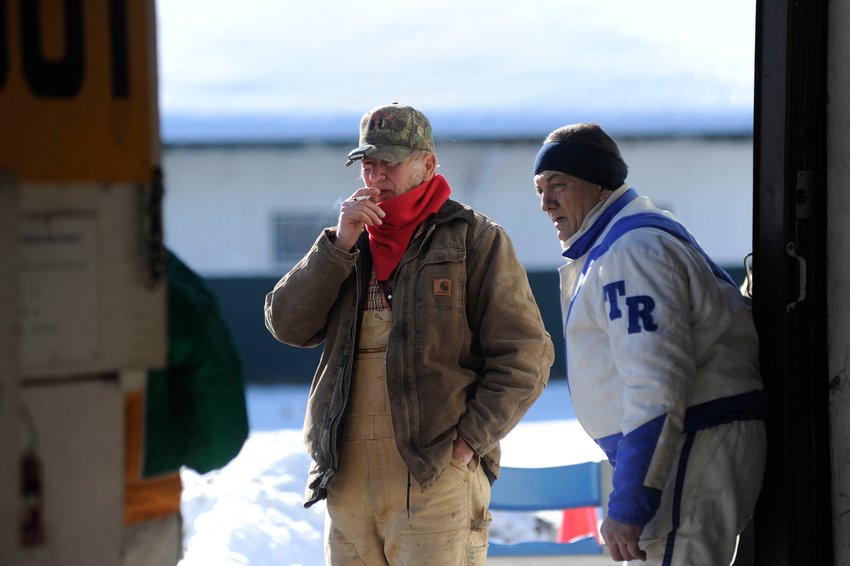 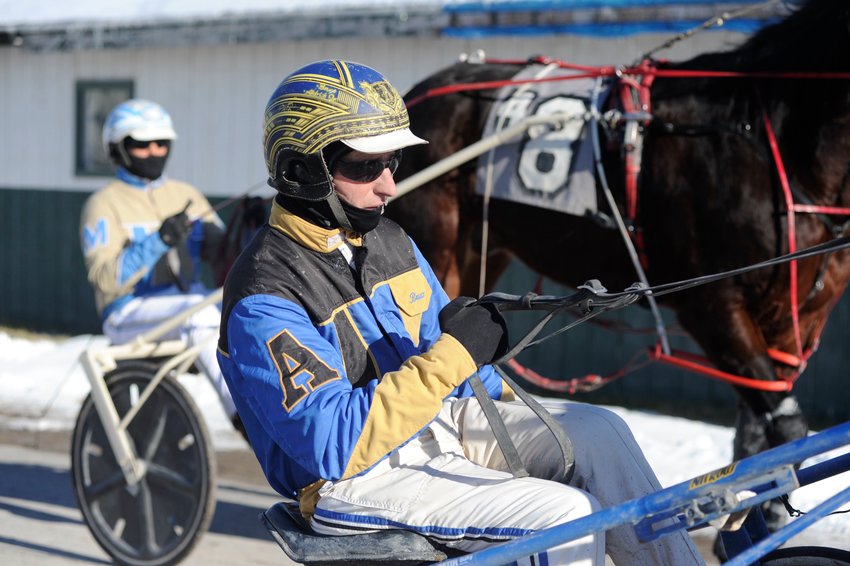 But instead of a set of slicks, the horsemen choose flashing hooves in their search of records and postings in local lore.

On Tuesday, January 5, Shawn Wiles, the raceway’s executive director of racing and facilities, opened up the doors to the paddock area for a first-hand look at the behind-the-scenes action, and for brief interviews with the top trainer and leading driver for 2020.

Wiles, a widely respected horseman, started out as an assistant to Manzi in 1994 and has been with Monticello Raceway going on for 23.5 years.

Philip “Bo” Sowers Jr. grew up in New Brunswick, Canada, later moved his stable to Maine, and recently set up shop as a trainer at Monticello Raceway. The move must have worked its “Mighty M” magic on the newcomer, as Sowers was recently garnered the track’s 2020 Trainer of the Year award.

“Coming to a new place new people, I can’t say enough about Monticello Raceway,” he said, while standing in the paddock area next to his barn manager, Steve Shorey, and a horse named I Saw Red. “The people here have been phenomenal.”

Sowers got into the sport following in the footprints of his father. After a while, he took a break to work as a long-haul trucker for a decade until his wife, Tammy, stepped in to convince him to follow his passion for harness racing.

“She made the call one day and said ‘Let’s get back into horses,’” he recalled, noting that his 21-year-old daughter, McKenzie, is also a harness driver.

“I’m just thrilled... When she’s on the track, she takes no bull. She’s very aggressive for somebody who just got their license,” said Sowers.

Wiles noted that Sowers came into the local raceway with a “stable full of horses” and rapidly became the number-one trainer over the past year. Wiles added that Sower’s 20-year-old son, McGwire, is ranked the fifth-place dash winning driver “with a bright future, one of a handful of young and up-and-coming young drivers.”

“My son drives all my horses. It’s a thrill to watch him, from first to last, I just enjoy watching my son drive,” said Sowers. He credited a few famous drivers the likes of Bruce Ranger, Gary Mosher and brothers Drew and Heath Campbell with showing his son the ropes of harness racing.“They helped him when he did good, and when he did bad.

“My dad was in it all his life, and I started driving with him when I was five or six years old,” he said. “Once it gets in your blood, it’s there forever... If it wasn’t for my very good help, past and present—having them makes it way easier for me and my wife.”

Sowers earned the top trainer’s honors by posting a slate of 80 wins, 82 places and 87 show finishes last year, with a Universal Driver/Trainer Rating System (UDRS) of .273 and $365,140 total purses earned.

In assessing his stable, Sowers said, “We don’t have stellar horses; we have what I’d call competitive horses,” noting that “Art of Illusion” still holds the record at a track in Canada.

“When people say ‘Bo Sowers this, and Bo Sowers that,’ I give my son, wife and my help all the credit.”

Bruce Aldrich Jr. earned the title of Monticello Raceway’s 2020 Driver of the Year by leading all dash drivers with 136 trips to the winner’s circle with a UDRS of .305 and raking in purses of $587,807. The award marks his seventh time receiving the prestigious honor at the local harness track.

The 52-year-old is closing in on a personal milestone of 8,000 career wins, 3,979 of those victories going down in the Monticello Raceway’s record books.

Originally from Brattleboro, VT, Aldrich and his fiancée, Laura Perino, recently bought a farm where they paddock some horses, and Laura trains them.

“My dad and uncle both raced horses,” said Aldrich. “I’ve been doing it ever since I was a little pup. It’s what I’ve always dreamed of doing.”

In what he referred to as his younger days, Aldrich raced at two tracks: Monticello in the afternoon and Saratoga in the evening. “I love Monticello Raceway; it’s the one that accepted me back in 1998.”

According to Monticello’s Driver of the Year, he and his fiancée have an equal division of labor—sort of.

“She does all the gritty work, and I get the glory.”

The other day, just moments before the racing card was canceled due to hazardous track conditions, Bobby Merton got a face full of mud.

In his regular day job, he serves as the 21-year veteran corrections officer with the Sullivan County Sheriff’s Office, and in his time off, Merton works at the local track as a warm-up driver.

“When I grew up, my father was in the business, but now, unfortunately, we’re on the decline,” Merton said of the ups and downs of harness racing.

His take on the evolution of the sport?

“Back in the day, you’d have people coming in off the street, and saying, ‘Hey, I want to learn, can you teach me?’ But today, you don’t have that. The kids today play games all day on the computer, and... guys come in, ‘I want to be a driver.’

“I started as [a] groom and learned the right way, from the bottom up,” said Merton, adding that several members of his clan, all Monticello High grads, are involved in the sport of harness racing.

For information about harness racing at Monticello Raceway, and to check up-to-date results, visit www.monticellocasinoandraceway.com.