RR photo by Ted Waddell
Face off. Sullivan West’s Jason Gaebel holds off a hard-charging Doug Frey of the Bears.
RR photo by Ted Waddell
A tough tackle. Tri-Valley’s sophomore QB scored a 17-yard touchdown late in the final frame but, before that, got pounded by Bulldogs’ defensemen Andrew Crandall and Dillan Hanslmaier.

RR photo by Ted Waddell
Home is where the hearts are. Jason Gaebel was one of the five Bulldogs seniors honored during Sullivan West’s homecoming football game. He is pictured with Jennifer Bitetto and his proud mom, Danielle Gaebel.
Posted Wednesday, March 31, 2021 9:50 am
By TED WADDELL

The Bulldogs seniors proved their mettle on the home gridiron, as Gaebel scored a touchdown (TD) in the first frame, added another two points on a conversion run and, in the fourth quarter, posted his second two-point conversion on Leconey’s TD. 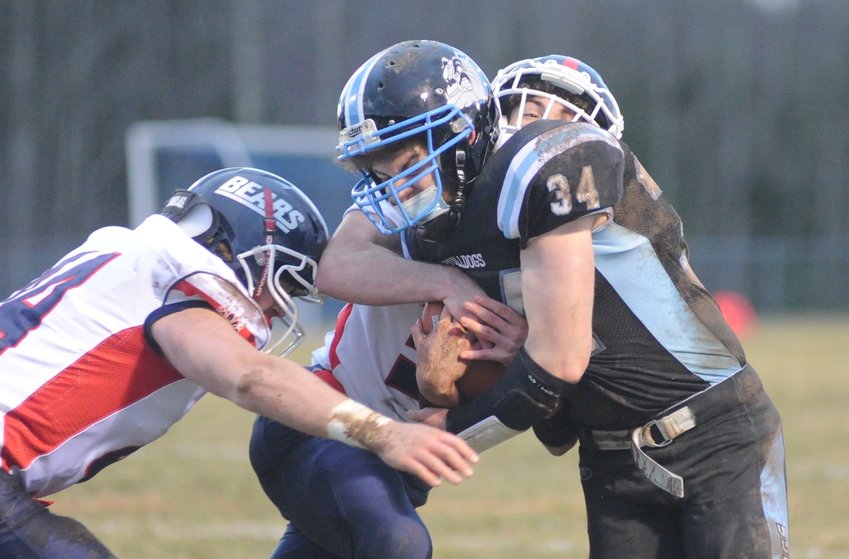 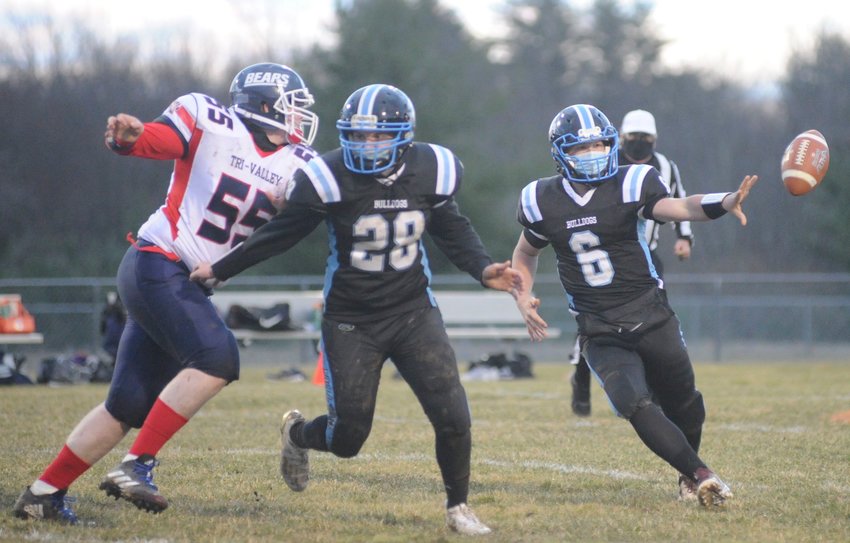 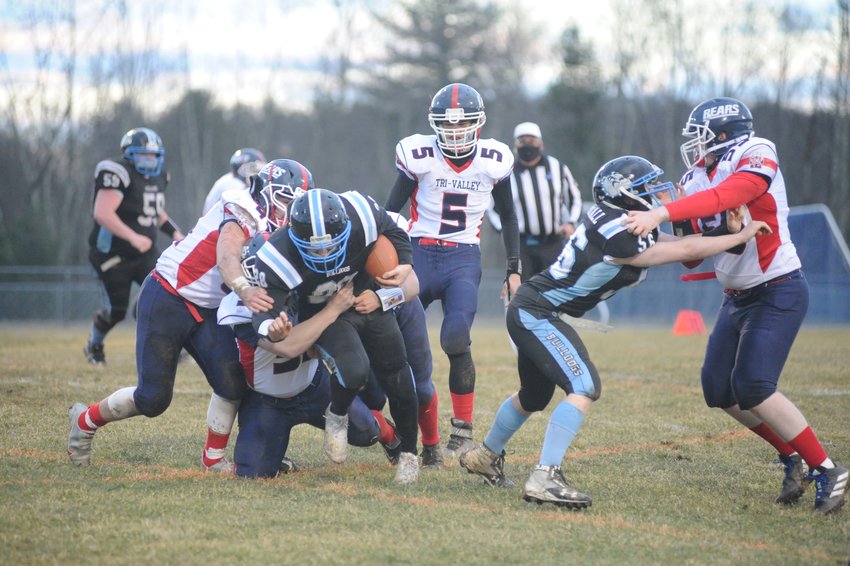 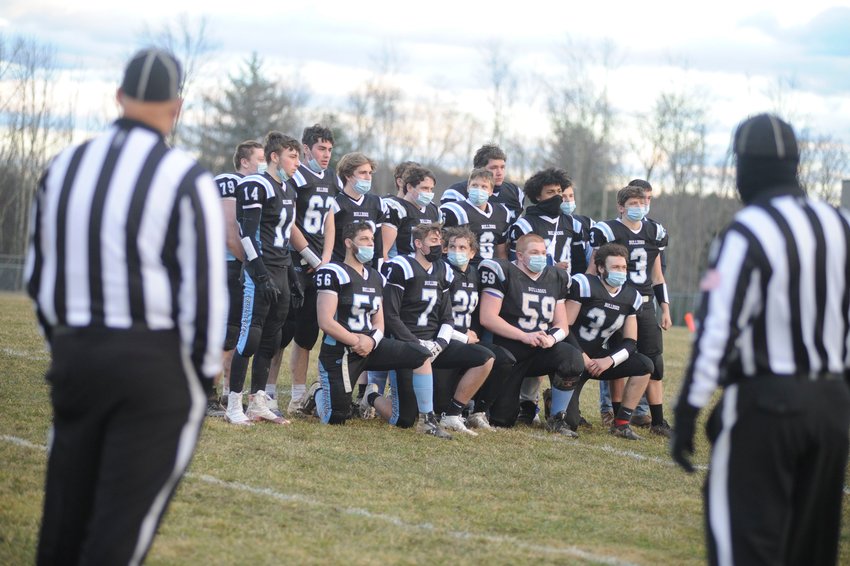 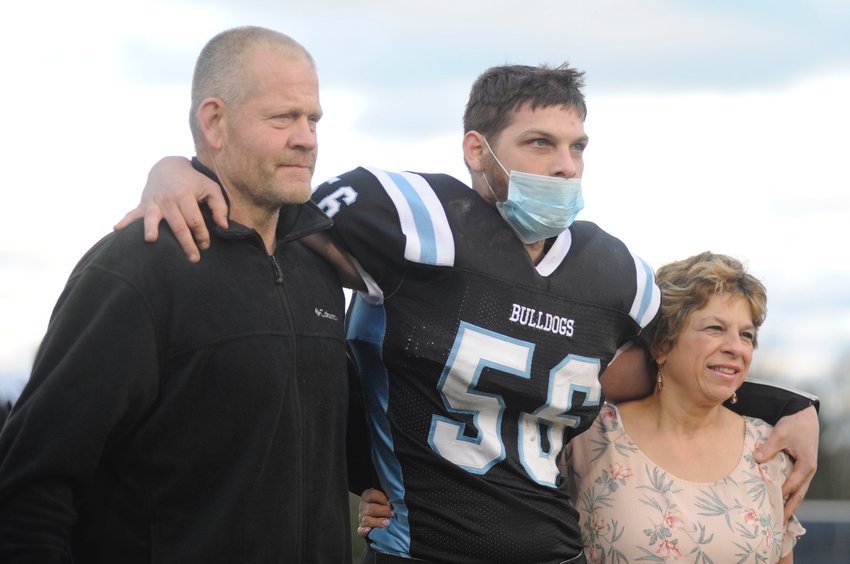 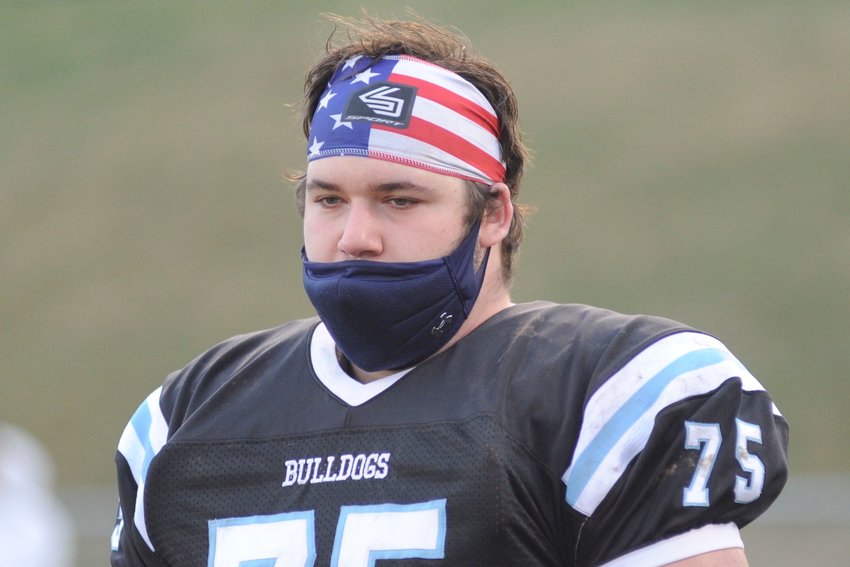 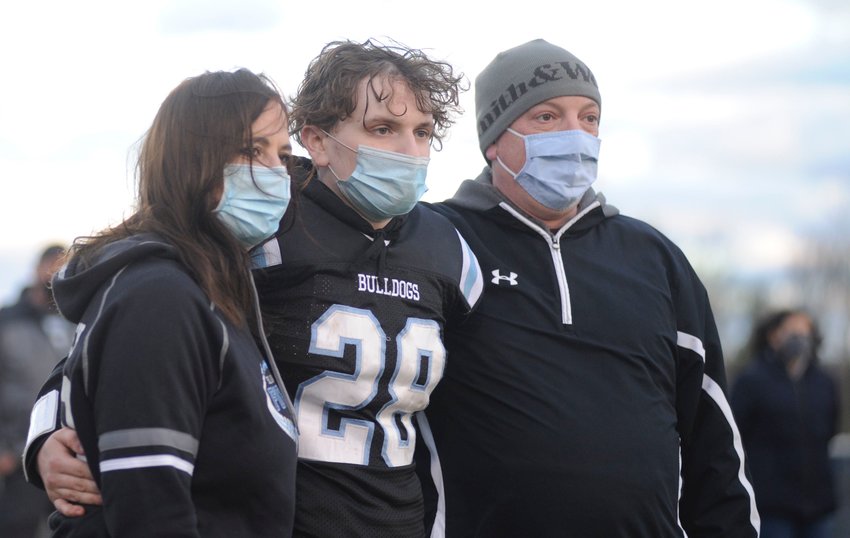 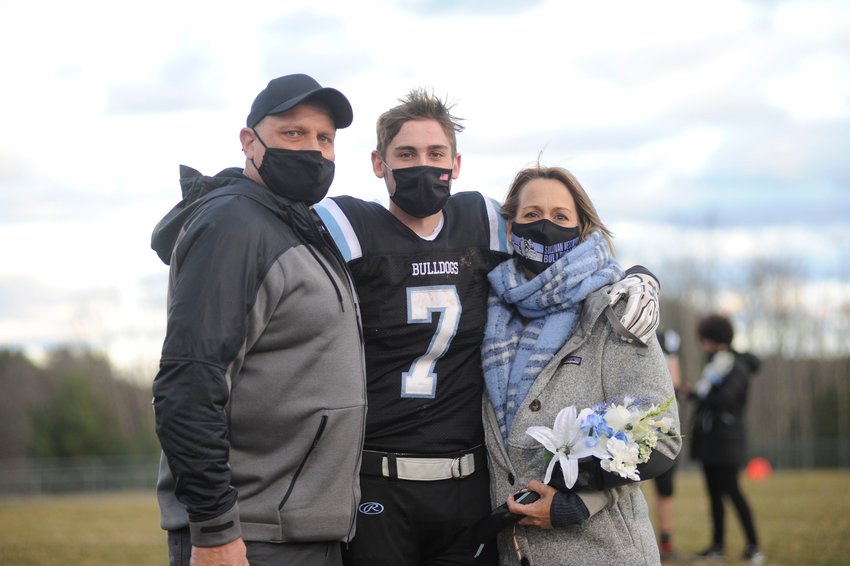 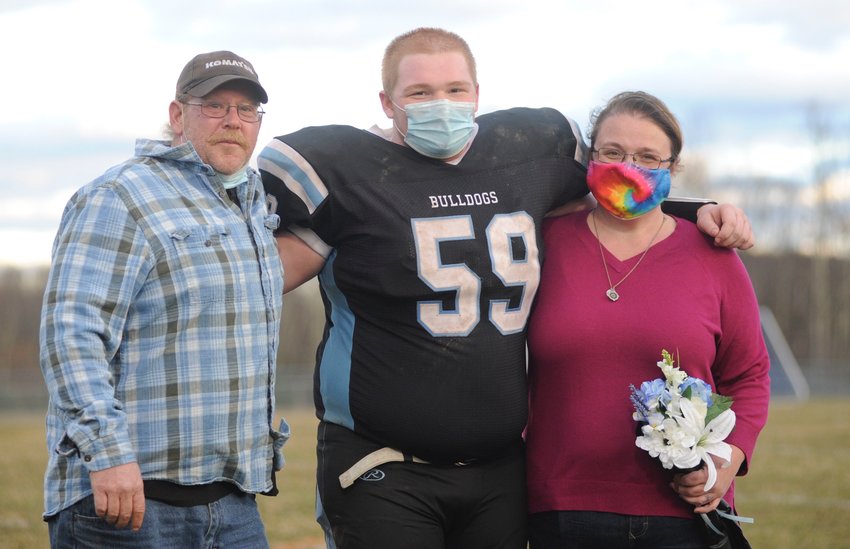 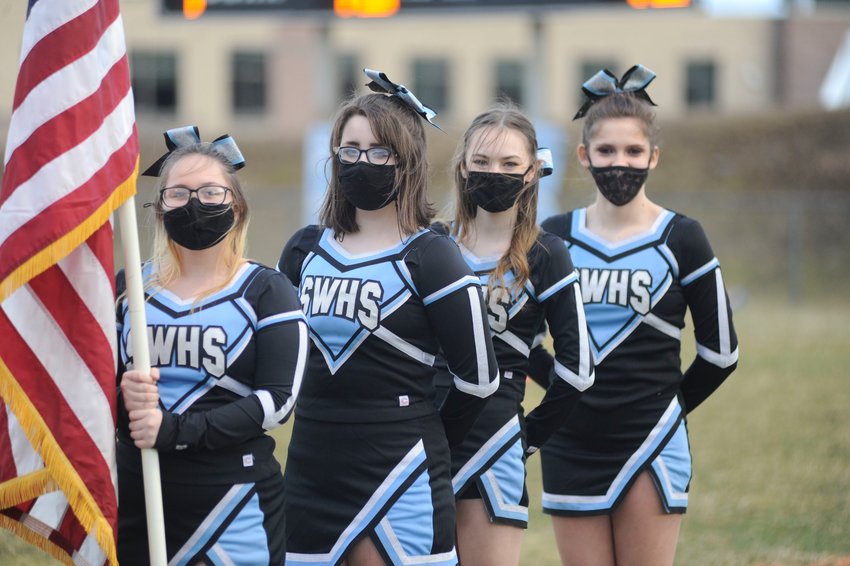 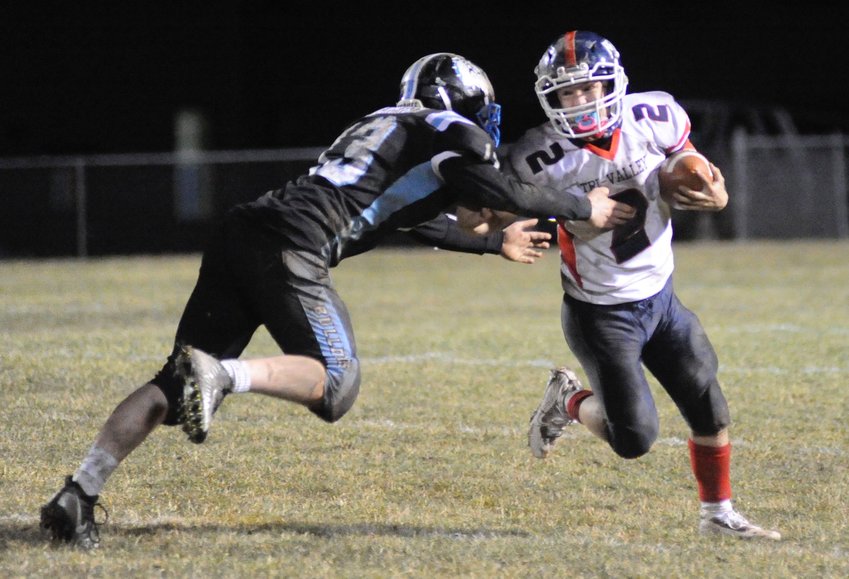 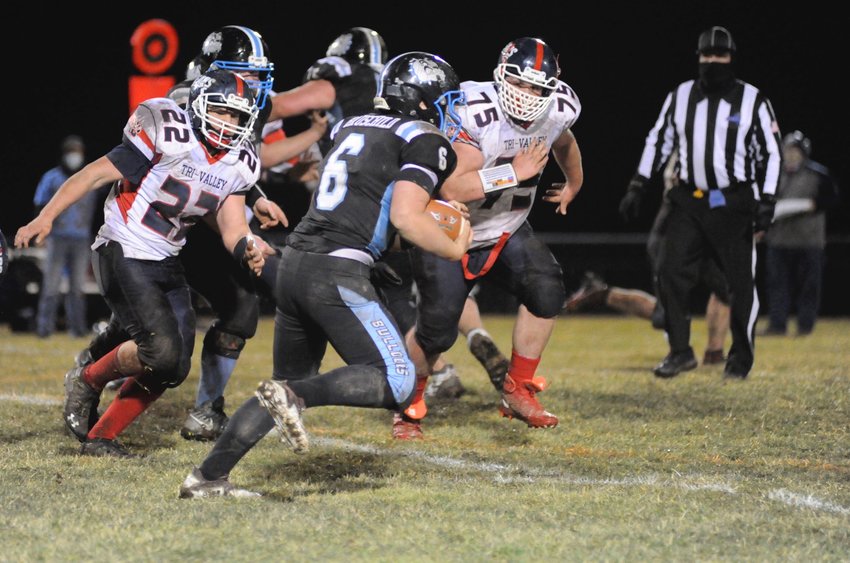 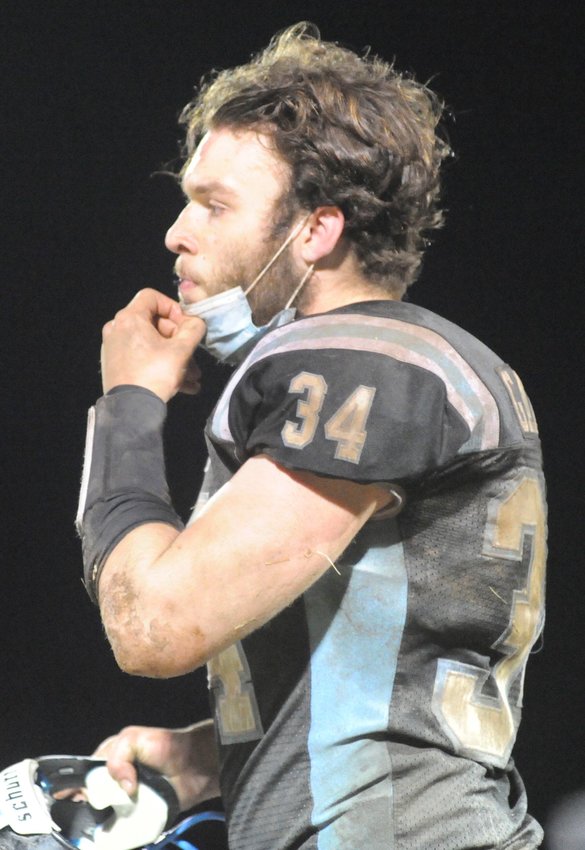 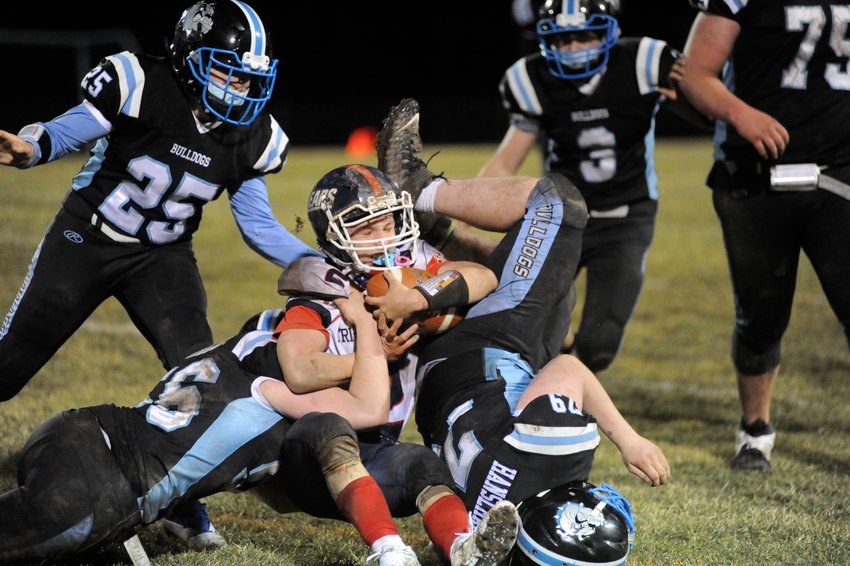 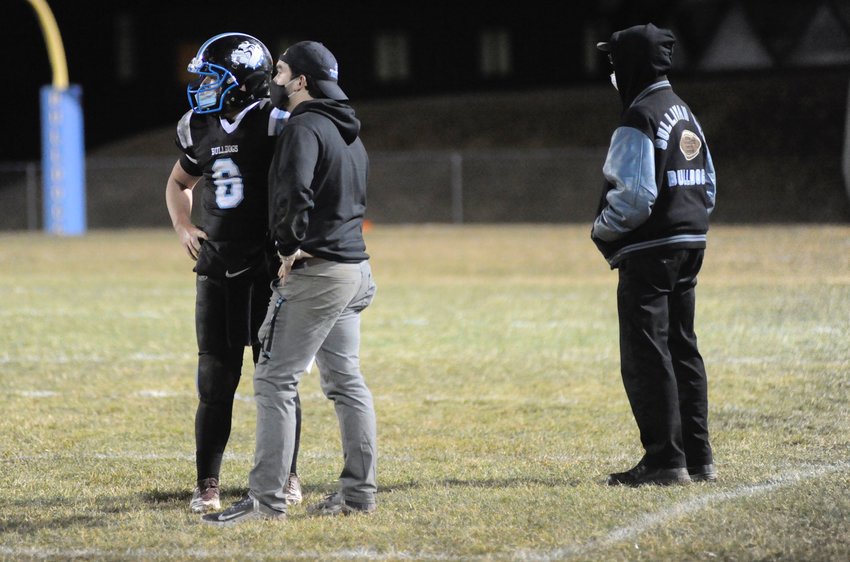 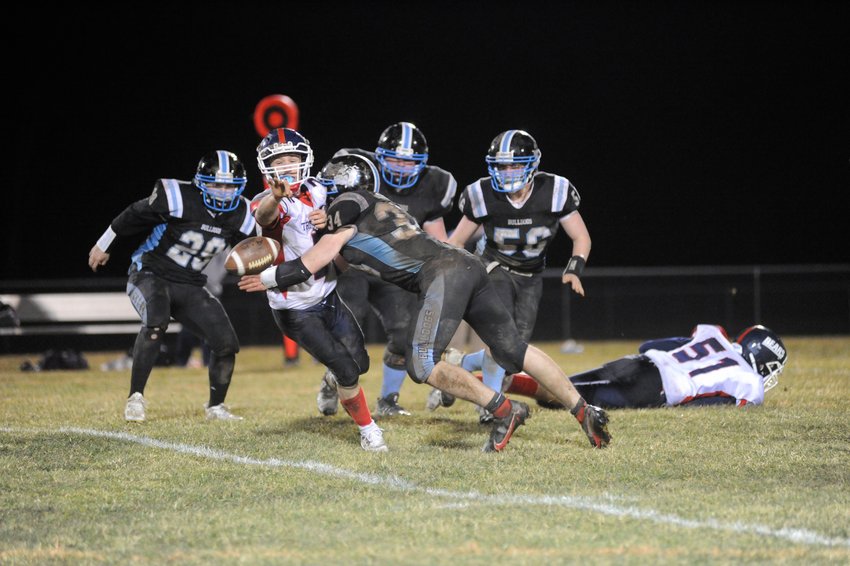 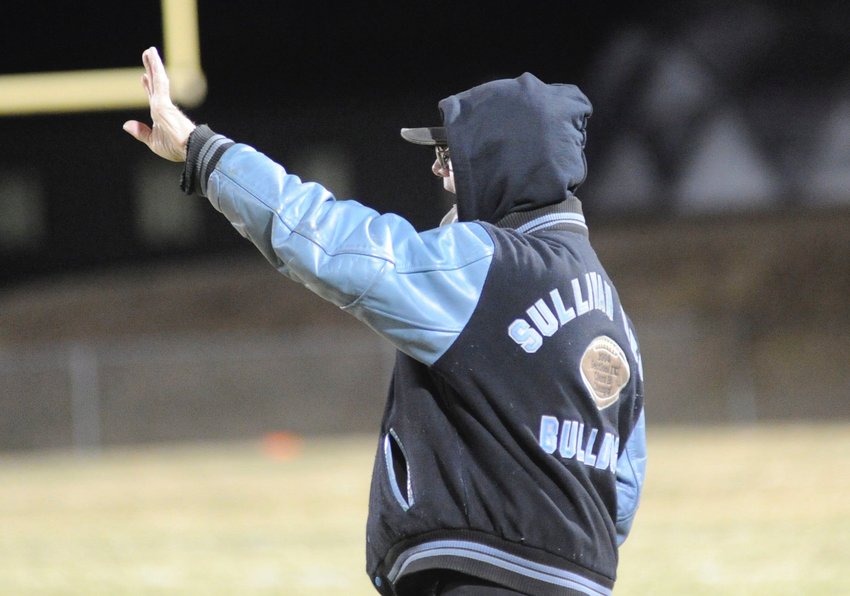 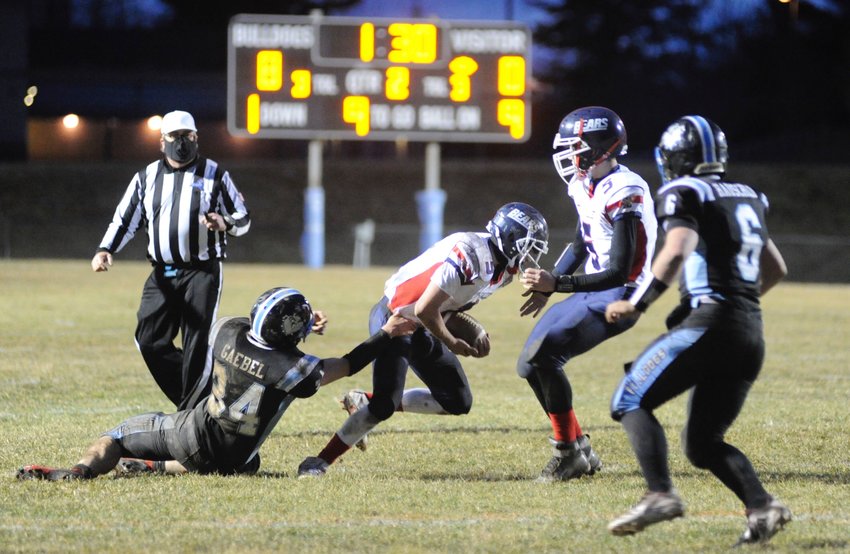 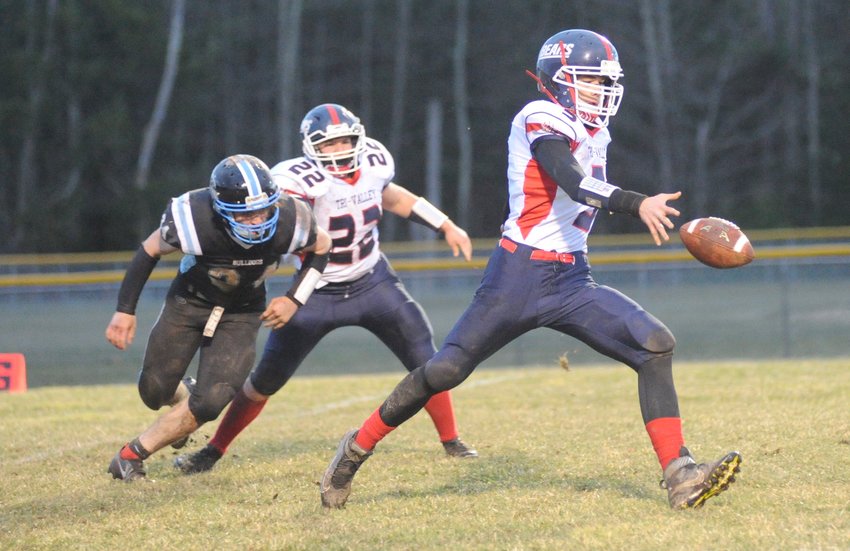 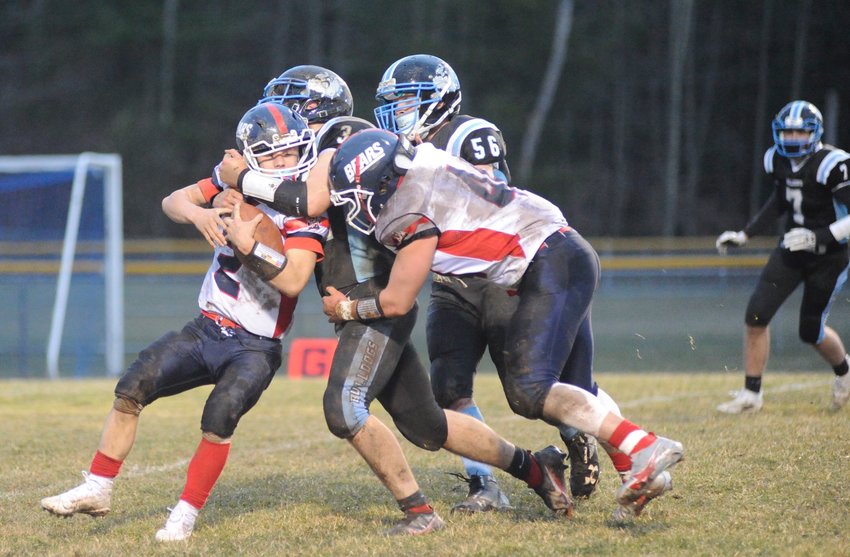 Scoring plays: Sullivan West’s Jason Gaebel scored on a two-yard rush at 8:48 in the first frame, and then added two points on a conversion run. At 4:12 in the fourth quarter, Sullivan West’s Justin Leconey scored on a two-yarder, then posted points on a conversion run. Tri-Valley got on the scoreboard at 1:54 in the final frame as Austin Hartman scored a TD on a 17-yard dash, and followed up with a two-point conversion on the ground.