Change from within
By ANNEMARIE SCHUETZ

The arts center has put together a powerhouse hybrid panel of Indigenous filmmakers and activists, and backed it with two films.

The event sheds light on Native women’s experiences, tribal history and the environmental crisis that has disproportionately affected Indigenous people for the last 50-plus years.

It’s not just about film, of course. “La Bajada Red,” a massive work on paper by Hunkpapa Lakota/Ojibway artist Athena LaTocha, will be on display at Gallery 222.

“Tradition and culture clearly inform many of the past summit artists’ practices,” Dudley wrote later in an email. “Potentially most artists’ practices.” But this one “focuses on film and climate activists. The urgency of the current climate and humanitarian crisis demands we listen to people whose lives and livelihoods are… on the front line.”

She added a caution. “Highlighting pastiche colonial images of Indigenous people that contribute to otherizing, mythologizing and relegating Indigenous peoples’ experiences to the past are not representative of the summit’s mission.”

The summit was the inspiration of HPAC founder and artistic director Janet Carrus. “The first [summit, in 2020] was meant to include a film festival, but COVID came and we had to close the cinema,” Dudley said.

Now, as travel problems ease, the goal is to “bring Indigenous women from various parts of the country,” so they can share their experiences and points of view. Some can attend in person, others will appear through videoconferencing.

The focus, Dudley said, “is on the reflection of women artists, who are sharing their experiences, culture and values through contemporary art practices.” 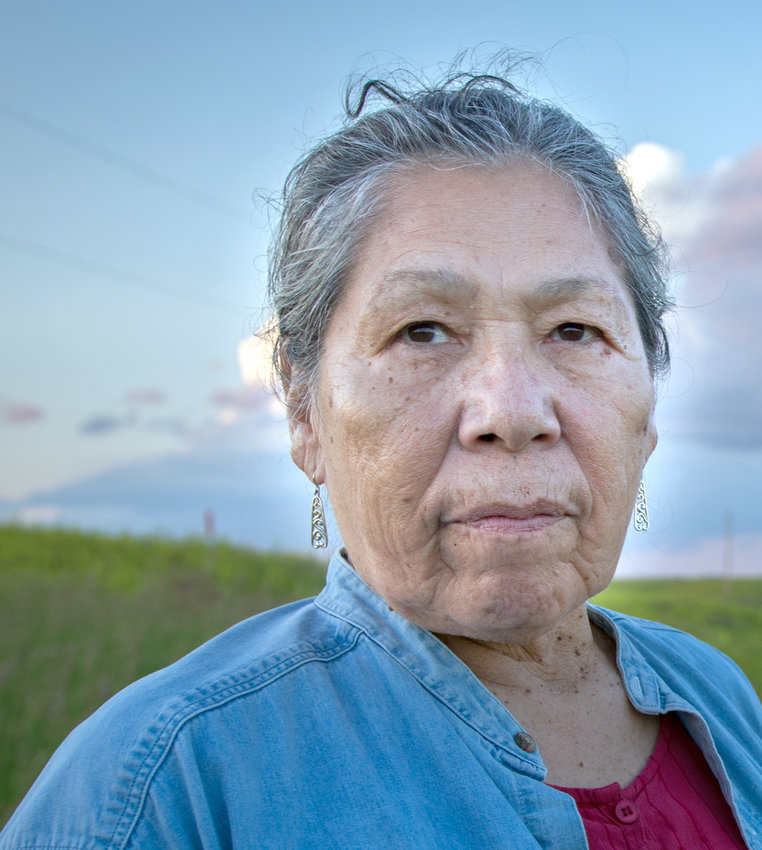 As part of her work, Madonna Thunder Hawk founded the We Will Remember survival school in 1974, to reclaim Native culture for its young people, who … 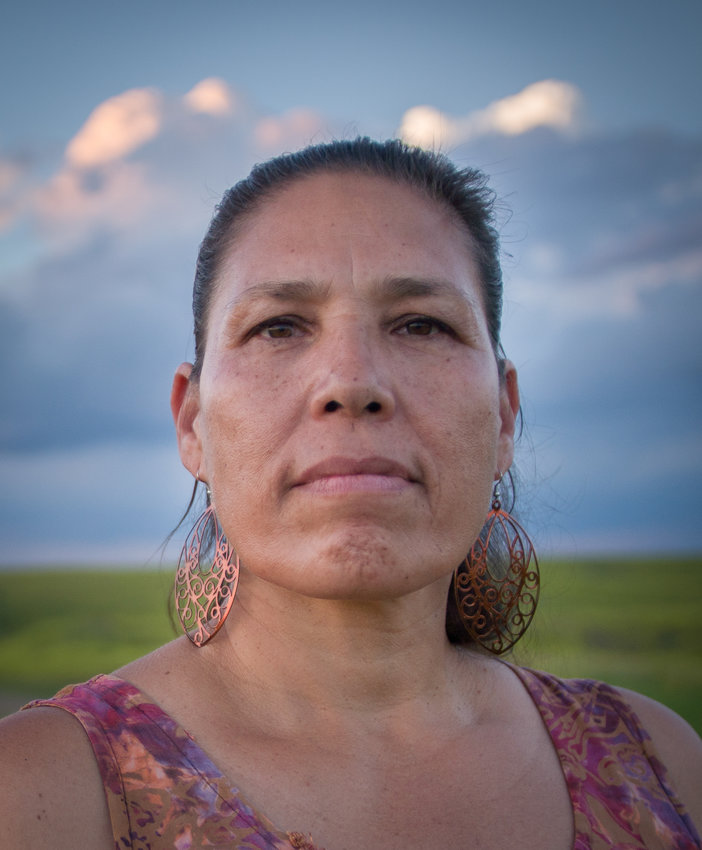 Marcy Gilbert, a key figure in the film "Warrior Women," will attend the Indigenous Women's Voices panel via videoconference on October 8.

In addition to her work in AIM, Thunder Hawk co-founded Women of All Red Nations, which focuses on Indigenous women’s issues, and the environmental coalition Black Hills Alliance, according to her bio.

For Thunder Hawk and Gilbert, the struggle goes on, for Indigenous rights and cultural values, and against projects like the Dakota Access Pipeline, according to an HPAC press release.

The film is about activism and motherhood, about legacies and how they change “in the context of [a] colonizing government that meets Native resistance with violence,” according to a synopsis at warriorwomenfilm.com. “Warrior Women” is produced and directed by Christina King (Creek/Seminole) and Elizabeth Castle. 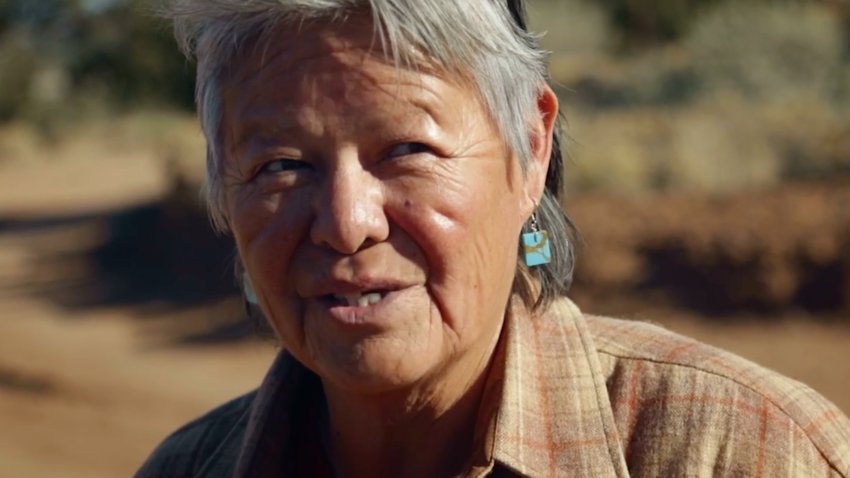 The second film, “Powerlands,” will be shown on Saturday at 5 p.m. It tells the story of a young Navajo filmmaker investigating environmental and cultural crisis on Indigenous land. It describes displacement and exploitation, about the need to remember where our energy comes from, and how that relates to environmental justice. And it looks hard at the impact that energy companies have had on tribal lands.

The film has won multiple awards, and is directed by Ivey Camille Manybeads Tso (Navajo), who also directed “In the Footsteps of Yellow Woman” at the age of 13. That movie was based on the true story of her great-great-great grandmother, who survived the Navajo Long Walk of 1864-1868.

The panel discussion begins after “Powerlands.” Among the panelists are Manybeads Tso, as well as Thunder Hawk and Gilbert from “Warrior Women.”

The films are “devastating and hard to watch,” said Dudley, “but I find inspirational and powerful.”

Also that day, the Akwesasne Women Singers will perform. The group is composed of female singers from the Mohawk Nation territory at the St. Lawrence River. In 2020, the singers performed at an outdoor event; this year, they’re back with a live performance at the end of the summit.

After the panel and performance—in fact, through November—attendees can stop by Gallery 222, also on Main Street, to view LaTocha’s work “La Bajada Red.”

“I am just beyond excited to show this woman’s work,” Dudley said.

“La Bajada Red” is a 30-foot-long piece, floor-to-ceiling in height, “that’s made of earth. You walk in and will be immersed. The thought and the care she brings to this piece” is overwhelming, she said.

It was originally created for the IAIA (Institute of the American Indian Arts) in New Mexico.

LaTocha “worked with the physical earth there. She wanted to understand that land and earth and space.”

“A 30-foot-long painting made partially of Earth,” Dudley wrote later. “In our little town!”

The summit and the art are meant for all, but the arts center’s goal is “to be able to offer this to the Indigenous community,” Dudley said.

“HPAC’s founder really wants to create a place where representatives of all different tribal organizations, whether federally recognized or not… [to] come together, to share a meal, to share ideas,” she wrote later, then added, “I think anyone new to this summit will walk away feeling inspired and grateful to have had the opportunity to meet and connect with this art and the incredible women who created it.”

As befits a summit dedicated to Indigenous women’s voices, though, it’s ultimately about what those women have to tell each other, their communities, and the rest of us. To learn what the women have to say, “you have to see the films, you have to experience the art,” Dudley said. “These are people who are powerful.”

Or, as is said at the Warrior Women Project, they “work to illuminate the past in a way that inspires a radical present.”

The Nutcracker comes to the Delaware River Valley and more

The Golden Girls of Sullivan County

Don’t judge a book by its cover

'Art in Sixes' at the DVAA and more