HONESDALE, PA — After riding motorcycles for three decades, first racing them on tracks and then in hill climbs for the last 20 years, Bill Marshall figured it was time to put the brakes on his …

RR photo by Ted Waddell
A radio-controlled legend. Eighty-two-year-old Bill Marshall and his wife, Dot, opened up Marshall’s Hilltop Hobbies in 1987 after he put the brakes on racing motorcycles.
Posted Wednesday, November 25, 2020 11:19 am
By TED WADDELL

HONESDALE, PA — After riding motorcycles for three decades, first racing them on tracks and then in hill climbs for the last 20 years, Bill Marshall figured it was time to put the brakes on his racing career.

In the summer of 1987, he and his wife, Dot, decided to open up a hobby shop and radio-controlled race center. At the age of 82, Bill and his partner of 60 years are still going strong in the world of RC racing.

On the weekend of November 7 and 8, they hosted their annual open house under the banner of the Billy Aldinger Memorial Race, in honor of their friend from Milford, PA who passed away on July 11.

The weekend of RC racing drew 87 entries, with 47 drivers at the helm of their small, but speedy, cars. Racing around the carpeted indoor track, the drivers logged a total of 15,281 laps in 24 hours, 12 minutes and 5 seconds, making for a full two days of competition. 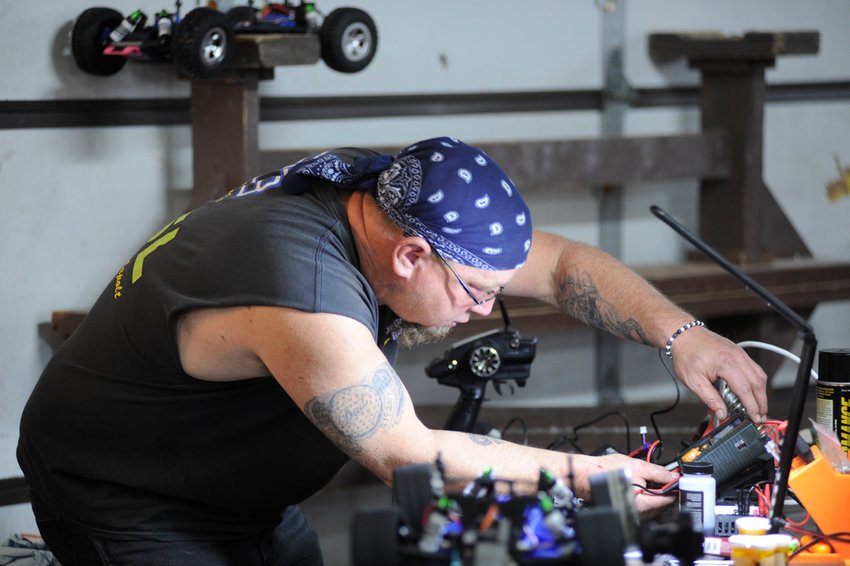 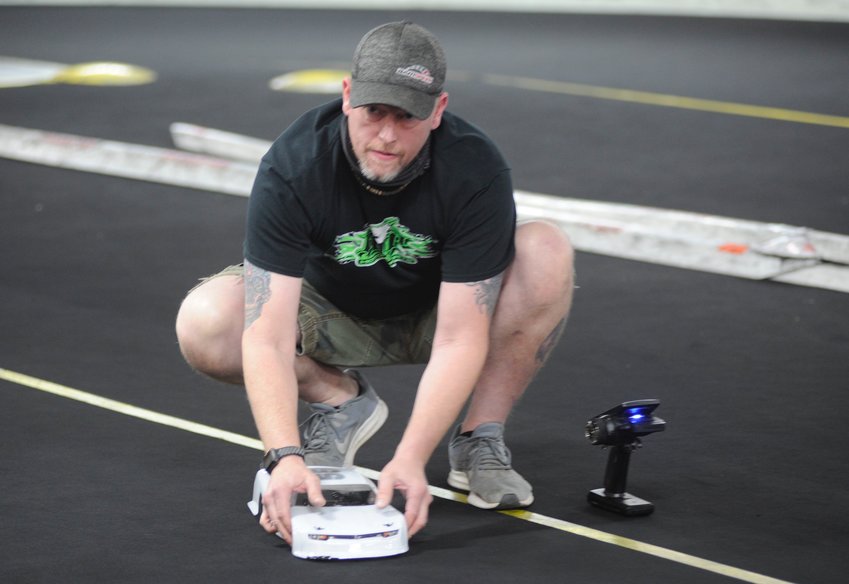 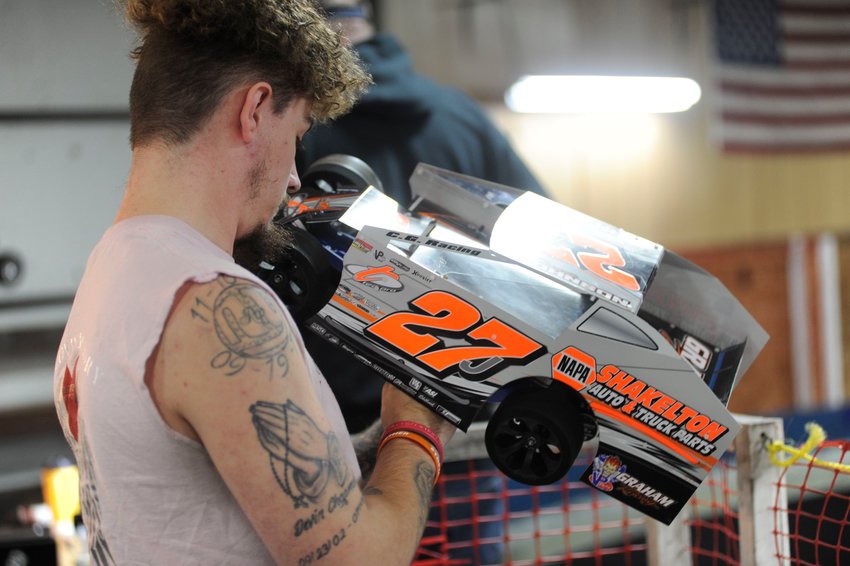 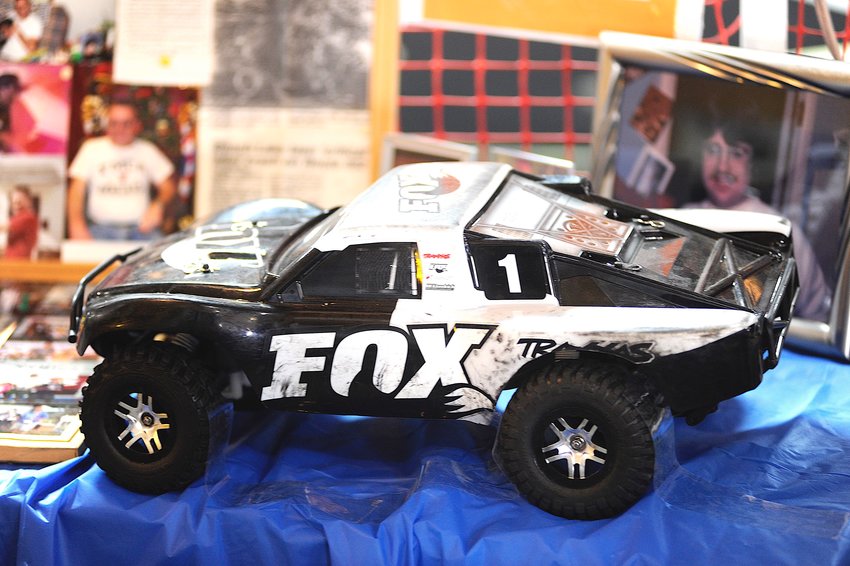 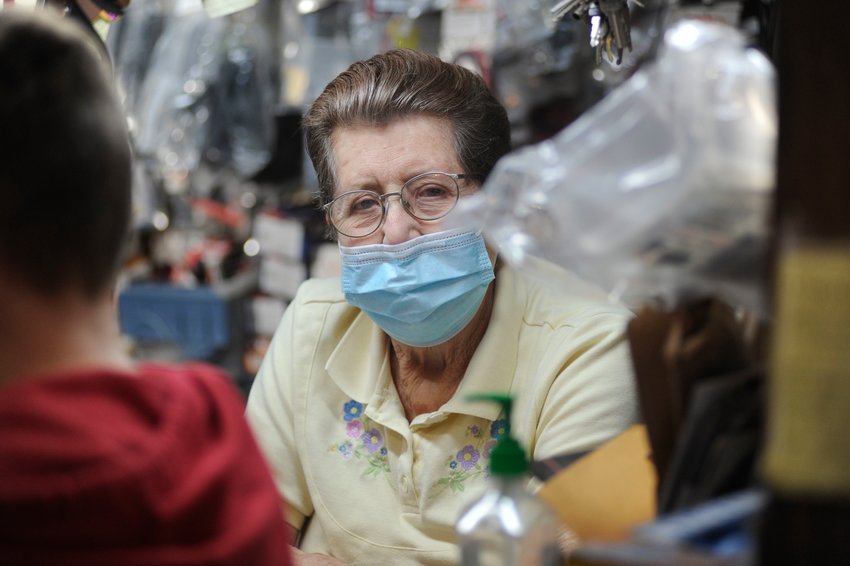 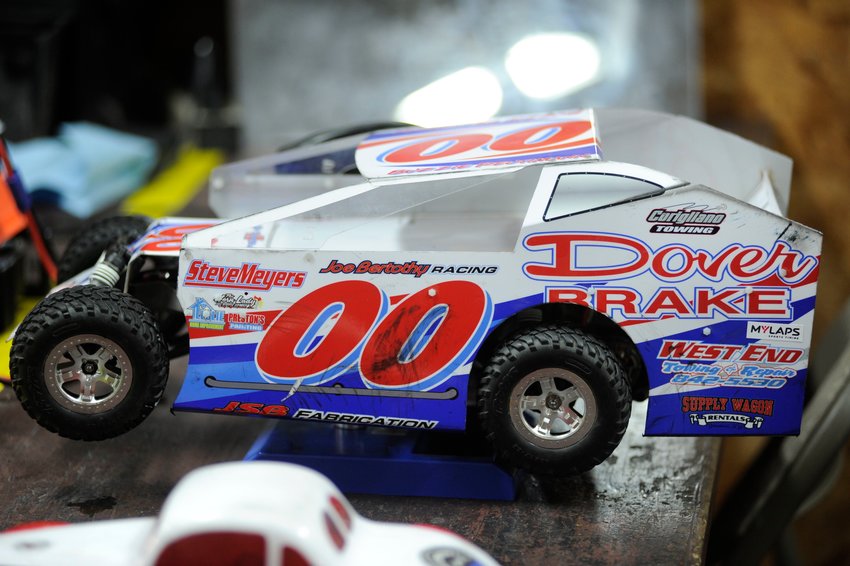 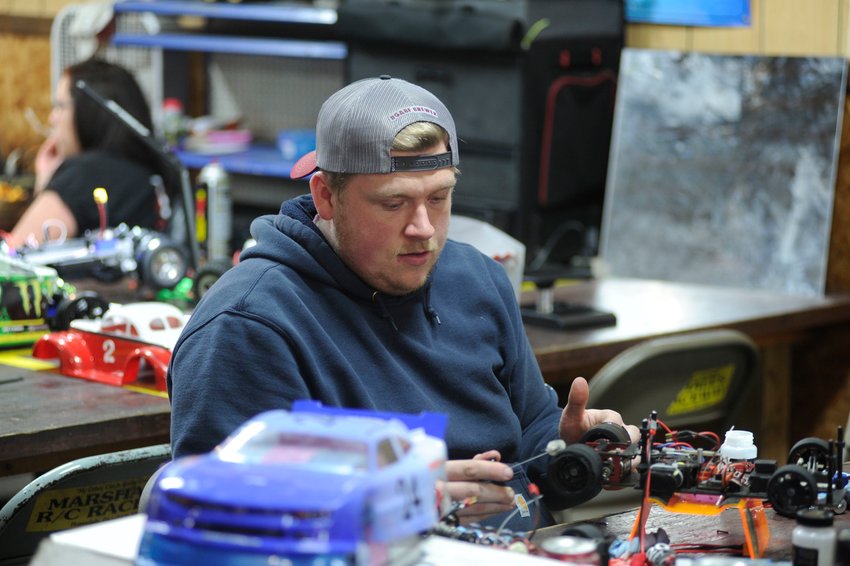 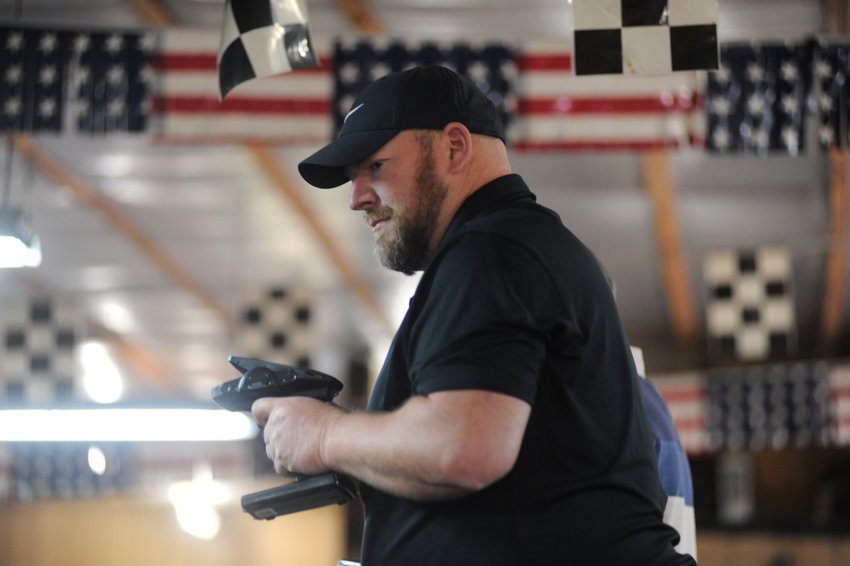 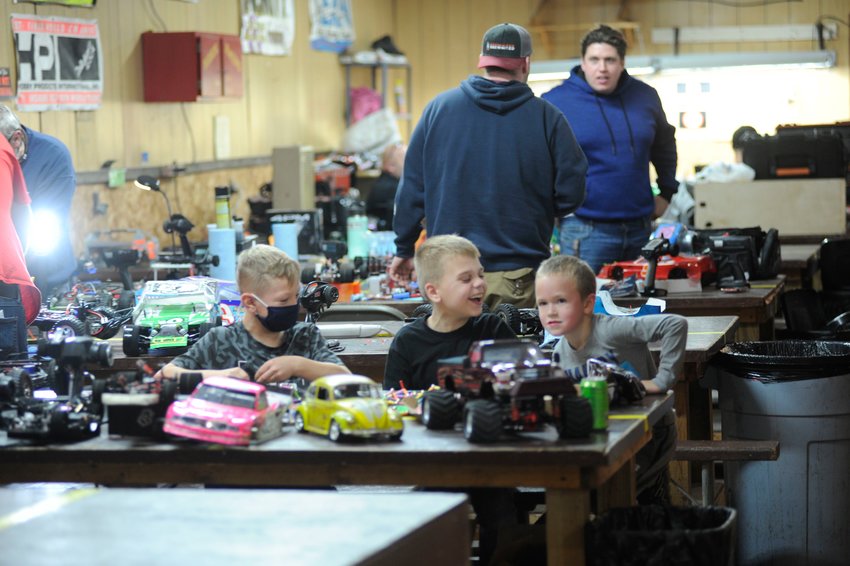 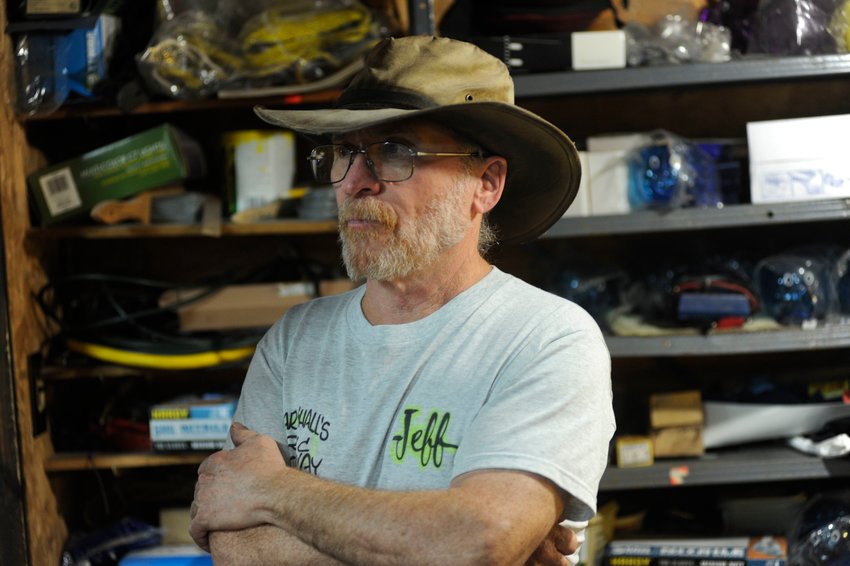 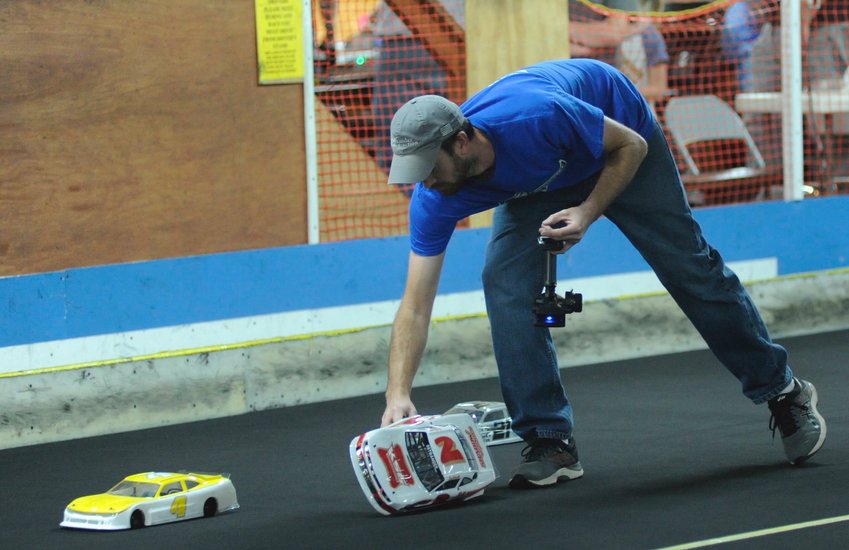 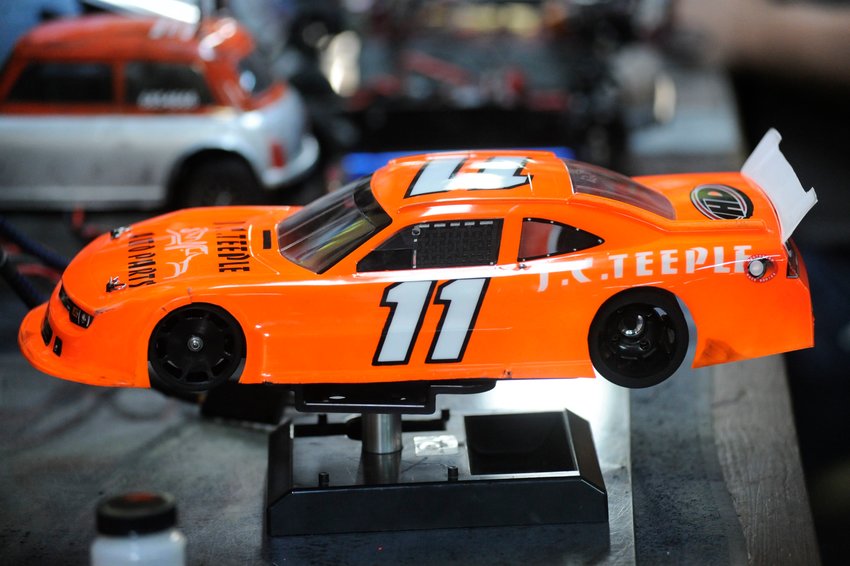 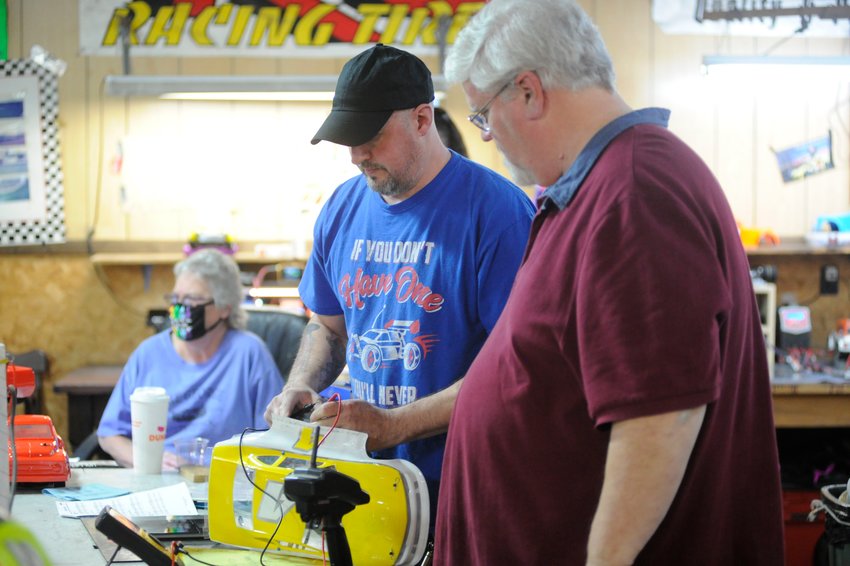 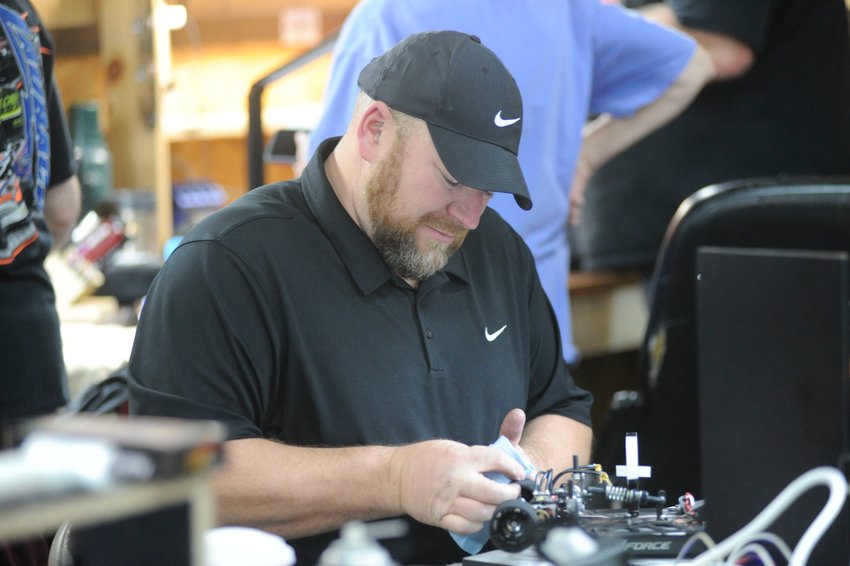 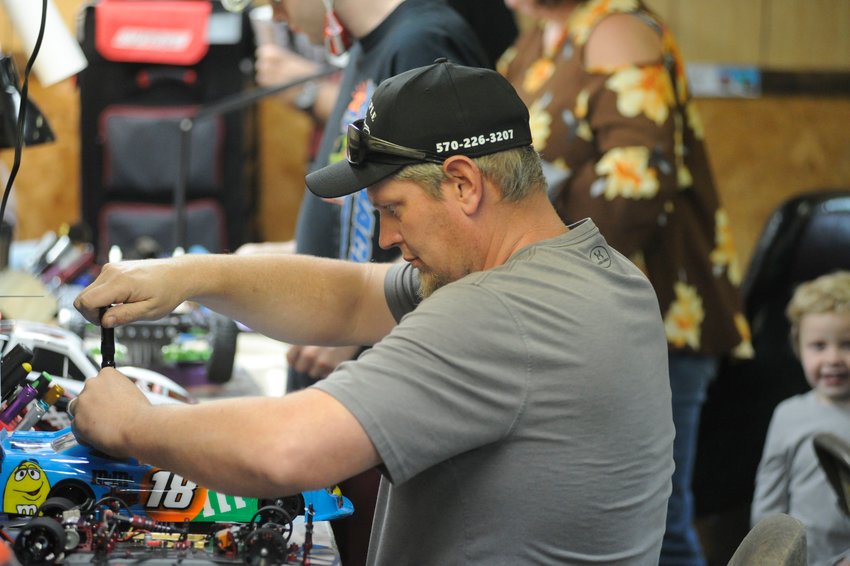 “It’s like having a tavern, but without the booze,” joked Bill Marshall.

The world of motorsports at Bethel Motor Speedway (BMS) in Kauneonga Lake, NY intersected with the realm of radio-control at the local hobby shop, as several of the quarter-mile asphalt racers switch over to RC-model racing after the oval shuts down for the season.

Terry Houghtaling of Youngsville, NY is a second-generation racer at BMS, following his father. He is now looking toward the third generation in the clan; his 10-year-old son, Easton, plans to get behind the wheel of a Bandit Bandolero next season on the pavement. “It’s time to pass the torch to the next generation,” Houghtaling said.

Houghtaling said he prefers the dirt to the hardpan, as he thinks it’s more challenging and less predictable.

While waiting in line at Dave’s Devil Dogs BBQ Mess Hall, posted just outside the hobby shop (they served up some really fantastic pulled pork and barbecued chicken and, best of all, it was on the house), Houghtaling said he started RC racing at Hilltop when he was 14 years old.

“Racing is in your blood,” he said. “I have a damn good time and have made a lot of great friends along the way... You can never replace that.”