LIVINGSTON MANOR, NY — “We live and breathe the rich and colorful history of Catskill fly tying,” reads the first cast of the mission statement posted by the Catskill Fly Tyers …

LIVINGSTON MANOR, NY — “We live and breathe the rich and colorful history of Catskill fly tying,” reads the first cast of the mission statement posted by the Catskill Fly Tyers Guild. The group was founded in 1993 by Floyd Franke and Matthew Vinciguerra, two notables in the world of fly tying.
The guild is devoted to the art of creating life-like replicas of insects designed to draw fish from the sparkling waters of the region into the creels of avid fishermen, along with “preserving, protecting and enhancing the Catskill fly-tying heritage.”
Also on their agenda: working cooperatively to promote the work of current tyers; providing ways for members to share information, including their bi-monthly newsletter, the “Gazette”; and promoting the development of future generations of Catskill fly tyers.
On May 21, the group staged a rendezvous at the Catskill Fly Fishing Center & Museum (CFFCM) at its location along the famed Willowemoc Creek. The creek is one of the most revered spots for cold-water fly fishing in America.
“As an organization, we are devoted to the history of fly-tying in the Catskills, from its earliest days back in the 1850s,” said Joseph Ceballos, president of the Catskill Fly Tyers Guild.
He traces his love of fly fishing back to his grandfather Frank Lsterlic, who came to the United States in 1905 as an Austro-Hungarian emigrant to work in the steel mills of Pennsylvania.
“The purpose of the guild is to document and maintain the history [of fly tying], so we don’t lose it,” said Ceballos.
Prior to the gathering, Peter Leitner, a volunteer with the CFFCM’s archives committee, conducted a tour of the revamped and updated exhibits for members of the New York State Outdoor Writers Association.
“It’s just preserving history,” he said of the museum. “We’re very fortunate to have been bequeathed a lot of personal collections by folks. Every part of it tells a story.”
Back in the 1920s, his grandfather, Bert Leitner, bought property in DeBruce, and “back in the day” was associated with the Beaverkill Trout Club (est. 1910).
A few decades later, the younger Leitner is a member of the DeBruce Fly Fishing Club; its online masthead features a Babylonian proverb, “The gods do not deduct from man’s allotted span the time spent in fishing.”
“It’s just about passing along all this history,” he said.
As this sports scribbler took a shortcut through the lower level of the Wulff Gallery to the floor above, where the rendezvous was being held, a whole new world appeared in the form of a workshop devoted to the almost-lost art and craft of bamboo rod making.
The workshop is equipped with vintage woodworking machines, and yes, the hoary adage, “they don’t make them like that anymore” is really true.
Down in the basement, noted fishing guide and master bamboo rod maker Mike Canazon of Livingston Manor was showing Downsville’s John Flynn a few time-honored techniques of finishing his split-cane fly rod, as part of the CFFCM’s ongoing program to preserve the art of creating classic bamboo fly-fishing rods.
Terry Shultz, a CFFCM trustee from the Beaverkill area, was in attendance at the congregation of fly-tyers, both legendary and those new to the craft.
The globe-trotting fisherman, in addition to wetting a line locally, has ventured to such far-flung fish-rich locales as Antarctica, the frigid waters streaming off the Himalayas of India’s Tibetan Plateau and Papua New Guinea.
A bit closer to home, Shultz was fishing the East Branch of the Delaware River with a buddy under the watchful eye of Capt. Adrian Lasorte, a professional fishing guide. Just before sunset, they landed a trio of truly unbelievable fish, each measuring close to 24 inches.
Additional information about the Catskill Fly Tyers Guild can be obtained, including membership and their “Gazette” newsletter, by emailing https://catskillflytyersguild.org. You can also visit them on Facebook and Instagram.
The CFFCM is located at 1031 Old Rte. 17, Livingston Manor. For information, call 845/439-4810 or visit https://cffcm.com. 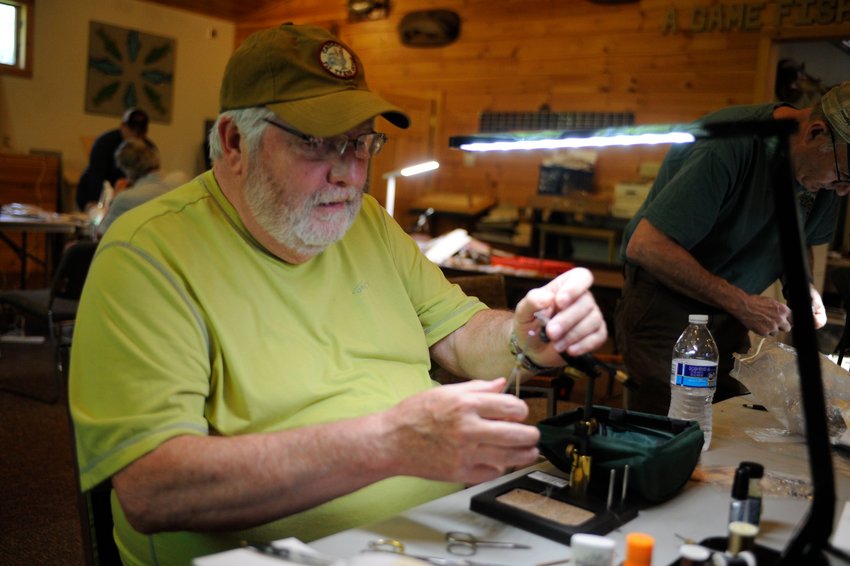 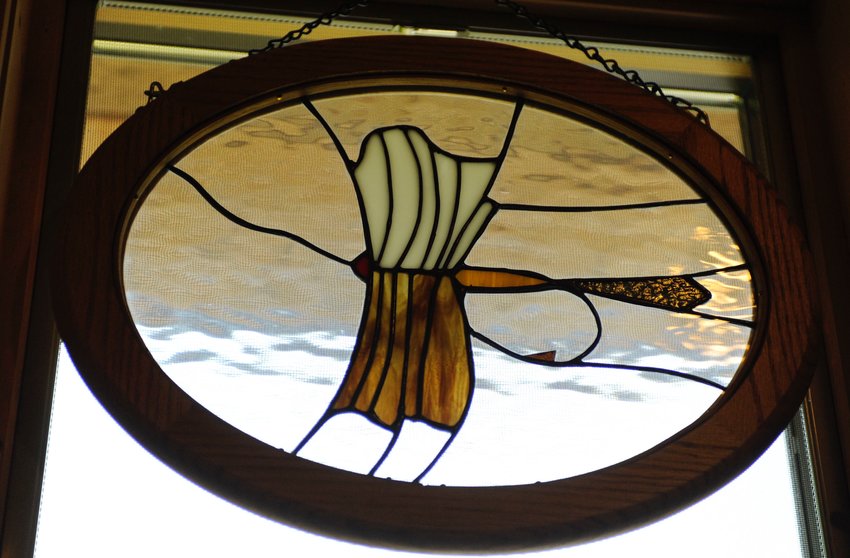 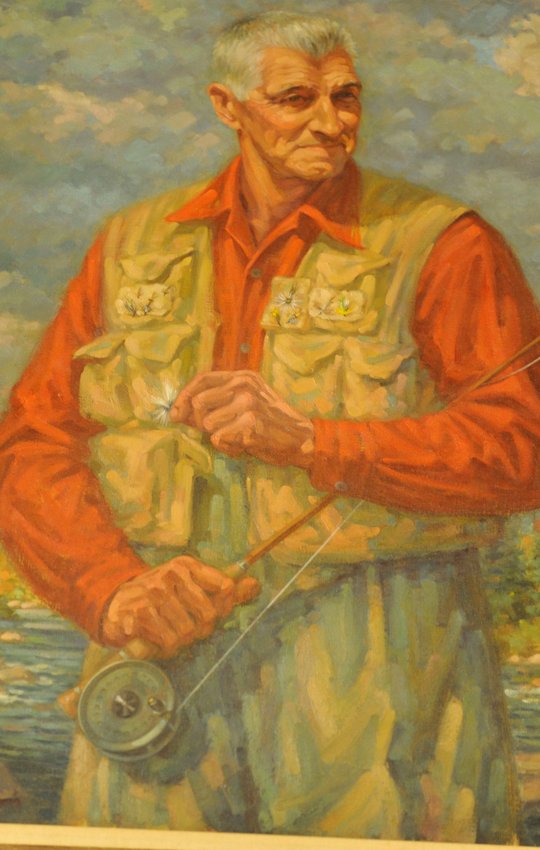 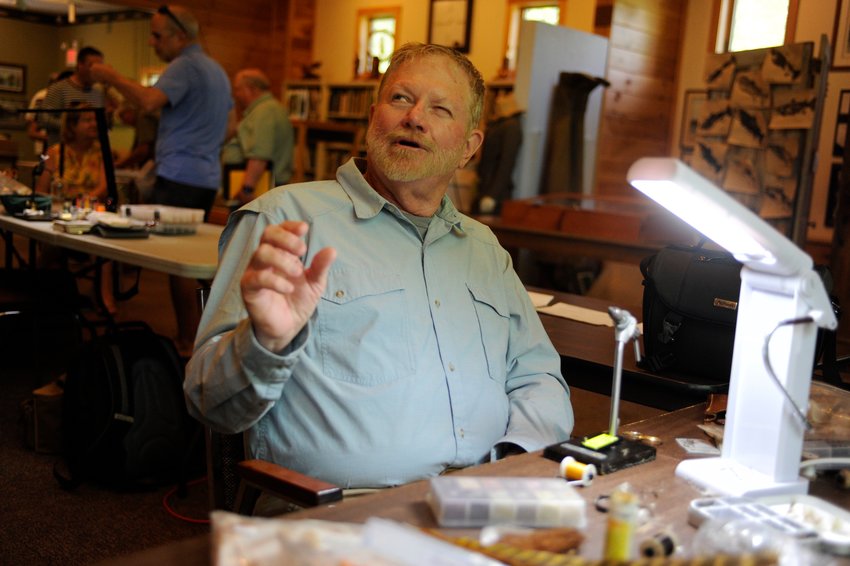 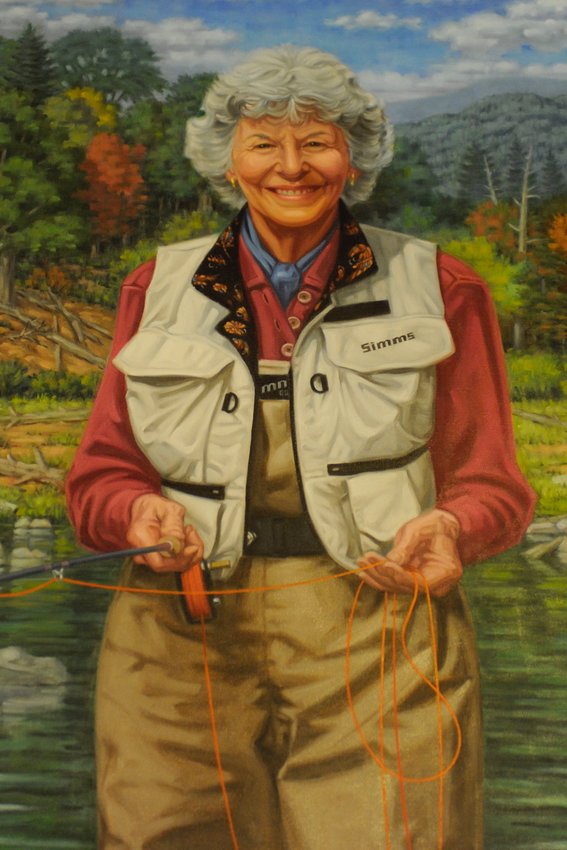 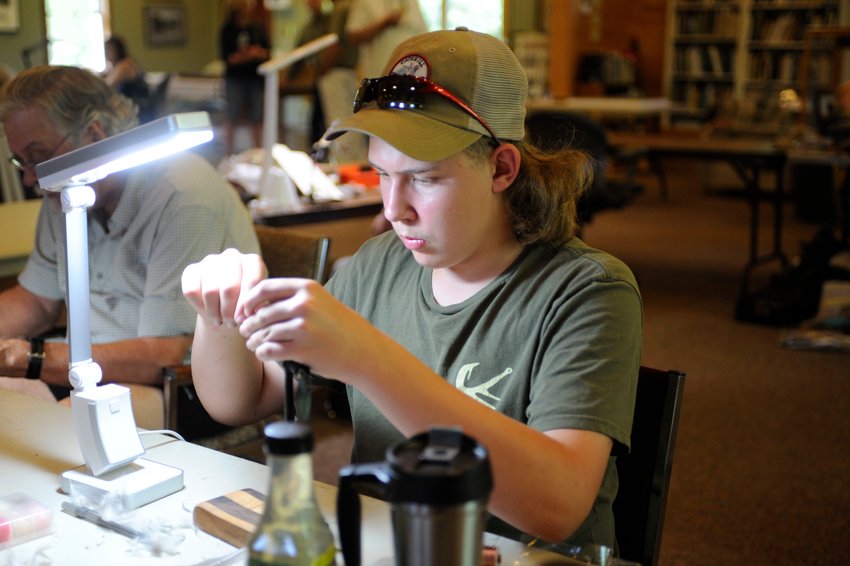 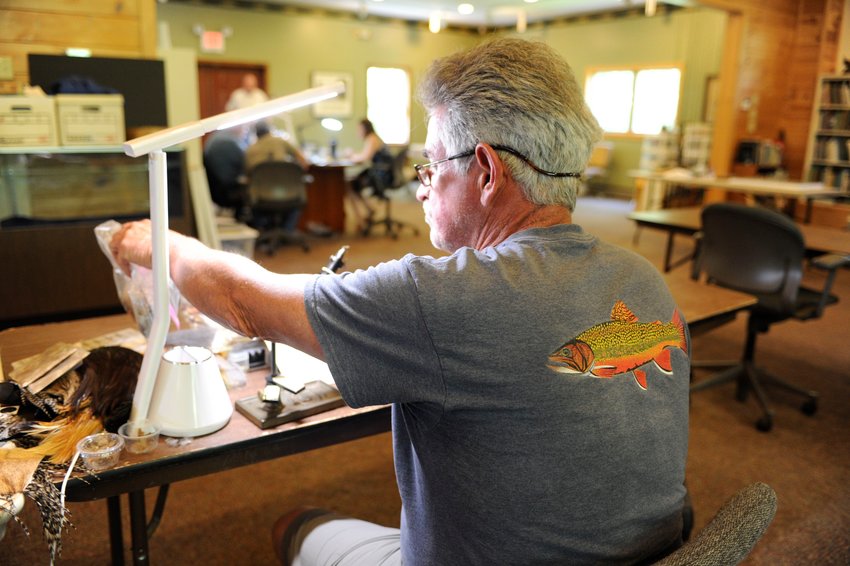 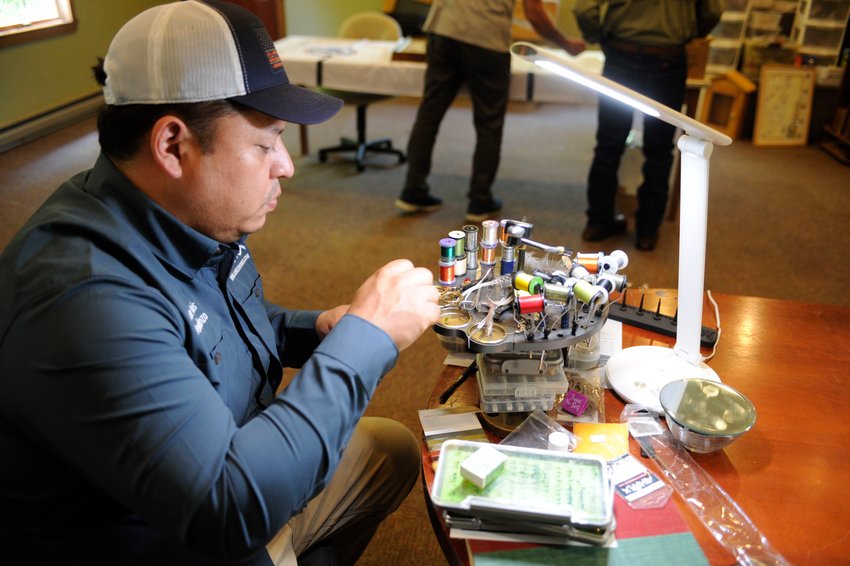 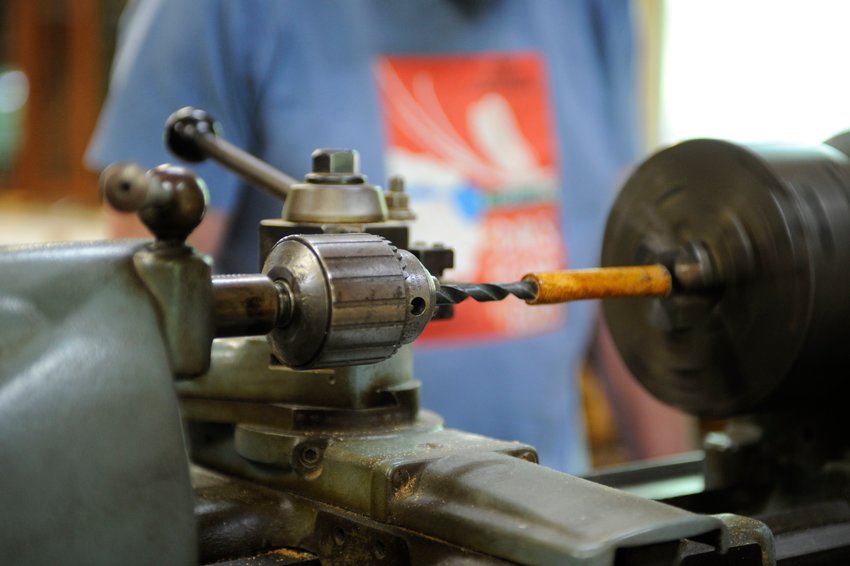 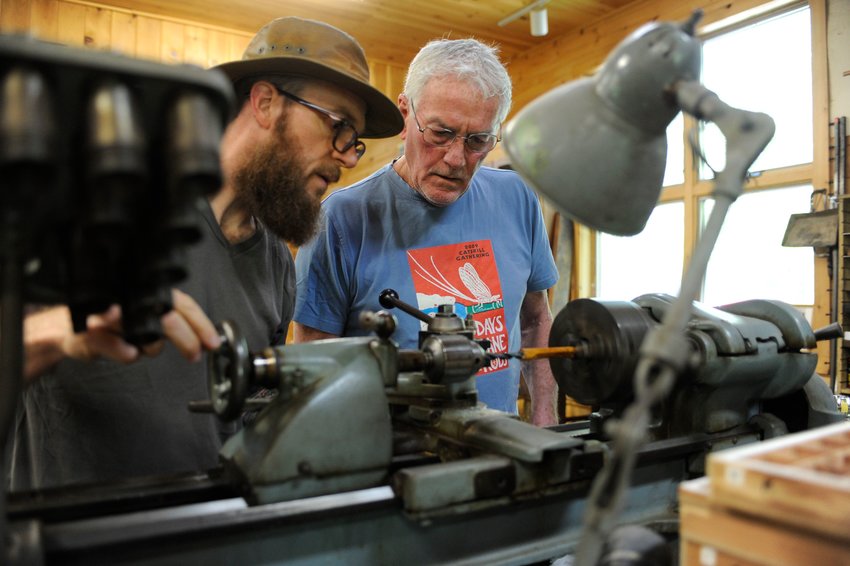 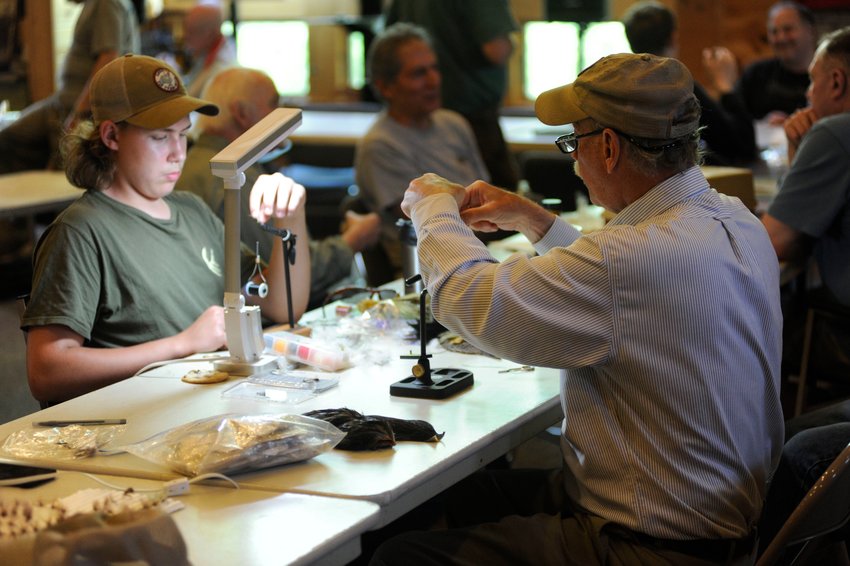 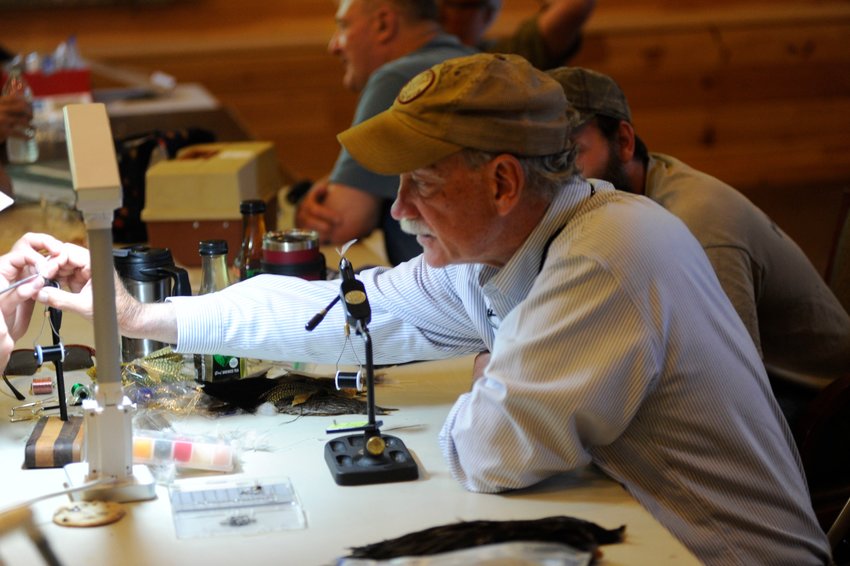 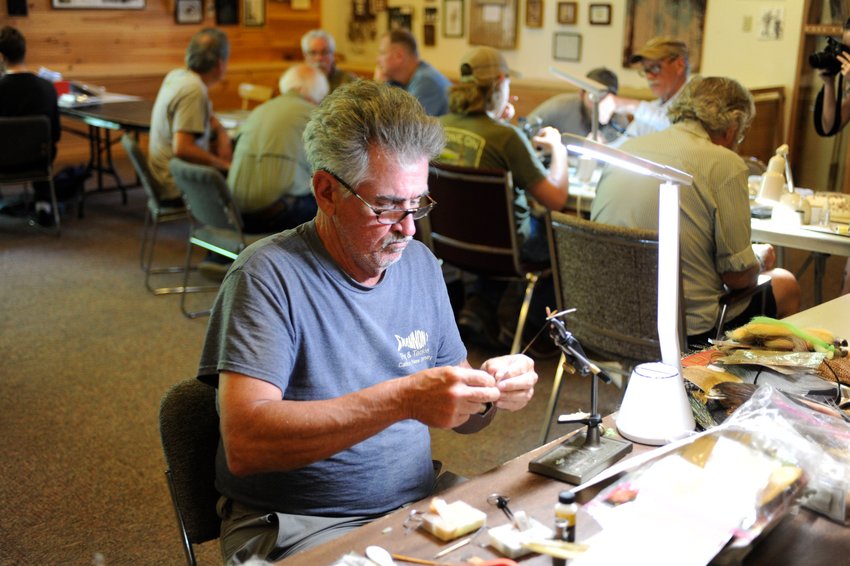 Some grown, some sown

Where have all the trout gone?