Racing against the storm

Racing against the storm

A reel tradition in real time
By TED WADDELL

The races kicked off at the local community center as 203 contestants (151 males, 52 females) in age groups ranging from 9-under to 70+, wound their way up and back again along River Road.

In the female events, Skylar Musa of Grahamsville, NY came in first in the 5K run, while Helen Rados of Harris, NY took gold in the 5K walk.

In the men’s, Tyler Eckhoff of Grahamsville, NY placed first in the 5K run, and Martin Nowak of Middletown, NY earned top honors in the 5K walk.

“It was wonderful to see so many familiar faces back at the River Run this year,” said race chairman Ann Santoro.

Last year’s popular event was canceled due to the pandemic, and although the 23rd Annual Delaware Youth Center 5K event didn’t attract as many competitors as the previous year, 203 die-hards turned out to help raise $10,000 for the local youth center.

“The Delaware Youth Center is centered around the community, and we love to see our community come out and support us...we are thrilled to begin the journey back to normal,” said Santoro.

Snapshots from the sidelines

Sullivan County Sheriff’s Office Deputy Jack Harb, who is also Sullivan West’s school resource officer, was back in uniform for the day, and posed next to his patrol car with race helpers Calley and Isabella Kutschera; Ron Bauer, veteran teacher and coach at Sullivan West, cheered on all the competitors, especially students from the Home of the Bulldogs.

Team Winglovitz turned out in force, and after their “turn at bat’ the extended clan including Avianna, Ross, Miles and Diane and other team members, staged an impromptu cheering section at the finish line; Marian and James Harrison of Forestburgh, NY gave it their all during the 5K race. Afterward, James, in a signature T-shirt featuring a skeletal cowboy and the words “Broke Down & Busted,” had enough gas left after the race to talk over events of the day with a spectator sporting a black shirt with a logo showing off a brace of crossed AR’s, a red, white & blue stylized skull, and the motto “Second Amendment, Come and Take it. In Defense of Freedom.”

Leaders of the pack: overall champion Tyler Eckhoff of Grahamsville, NY was hotly pursued over the course by second-place finisher Rob Roach, who missed gold by :25 (18:17 vs. 18:42).

And then there were fathers running alongside their sons and daughters: a fraction of a second after 7-year old Carson Salvatore of Honesdale, PA beat his dad Kyle to the finish line, the 35-year father embraced his son in celebration; later in the 5K, 6-year old Addilyn Johnson of North Branch, NY posted matching times with her father, Thelonious, as she fairly danced through the electronic tape at the end of the race, to strike a winner’s pose of childhood delight.

A complete list of the results, compiled by Scott Champagne, is available online at Second Wind Race Timing at
www.secondwindtiming.com. 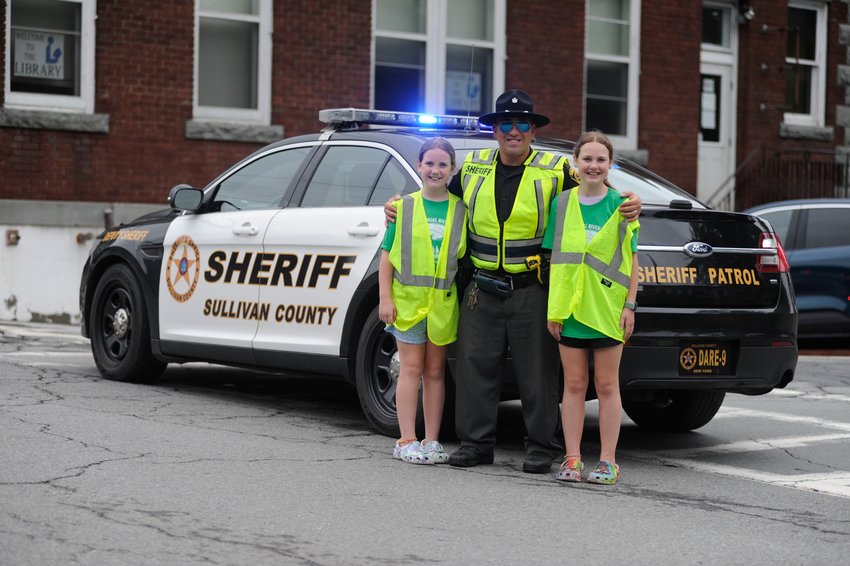 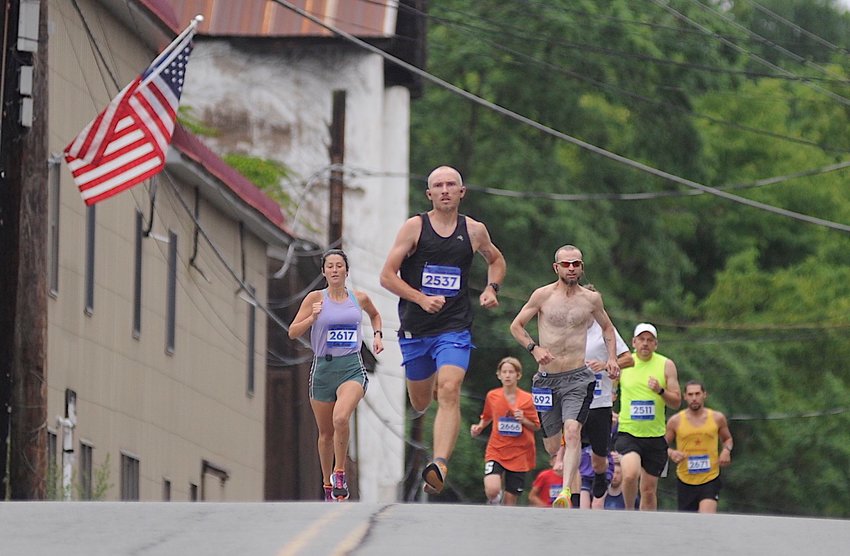 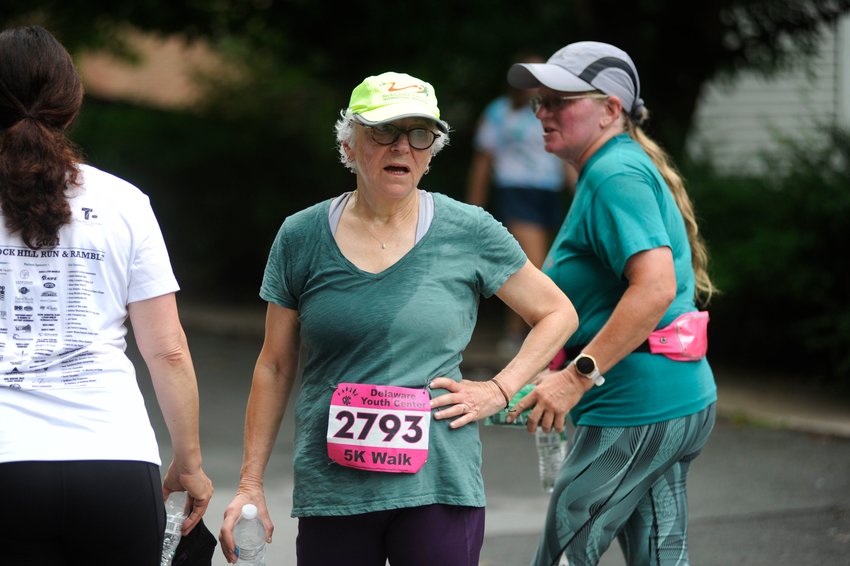 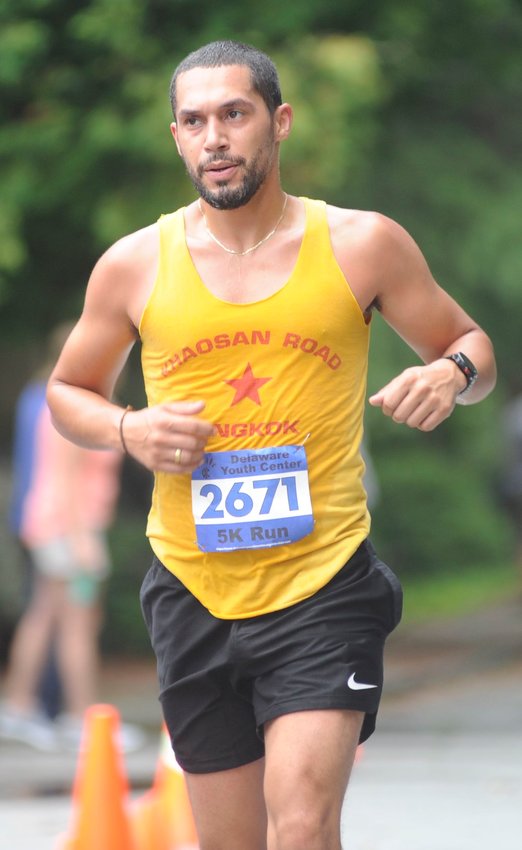 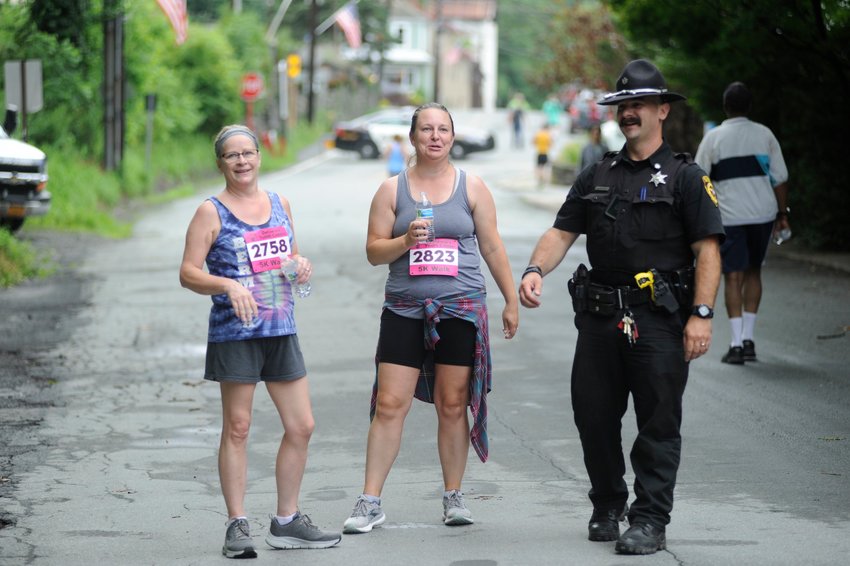 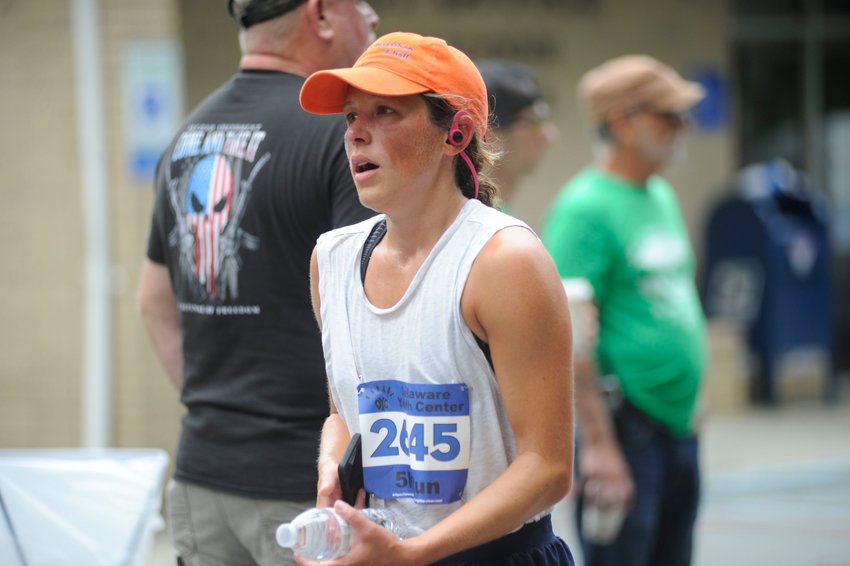 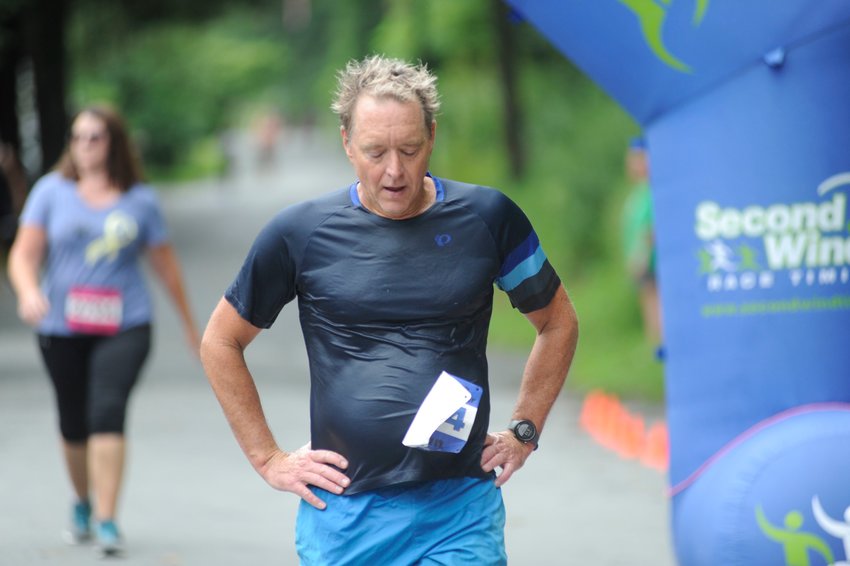 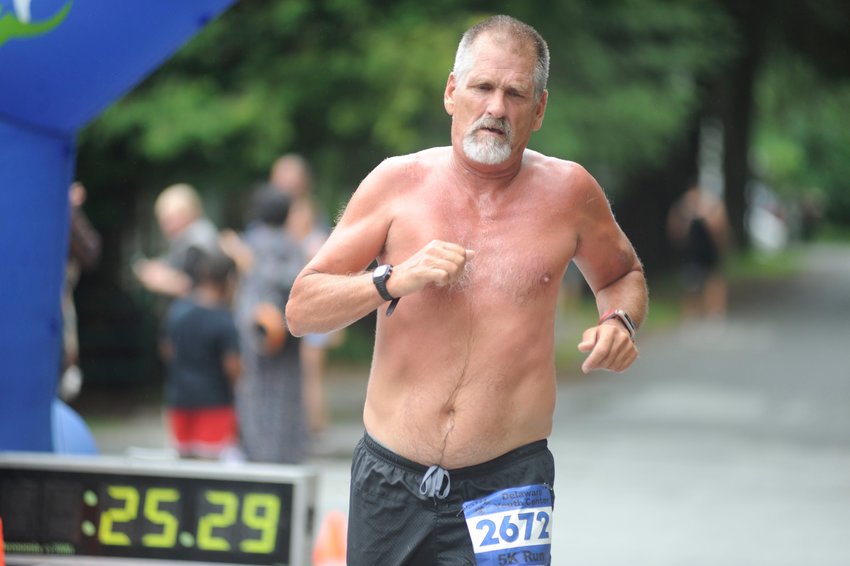 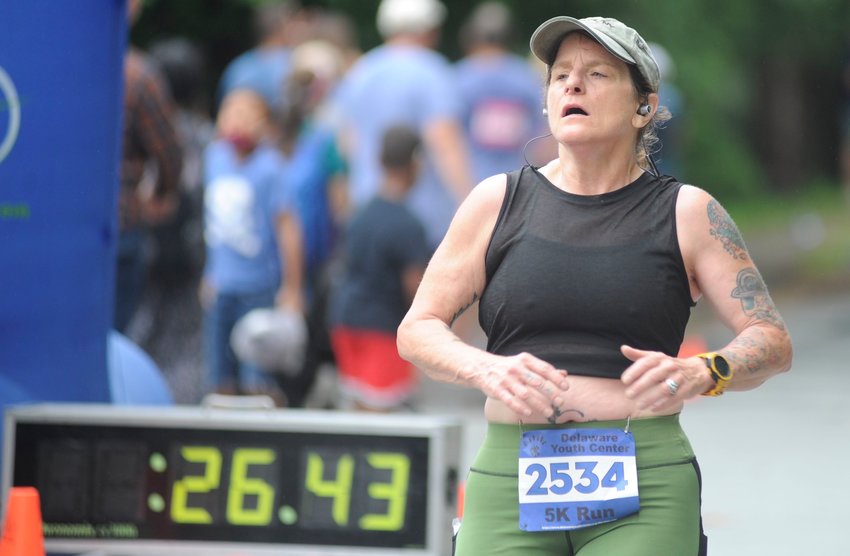 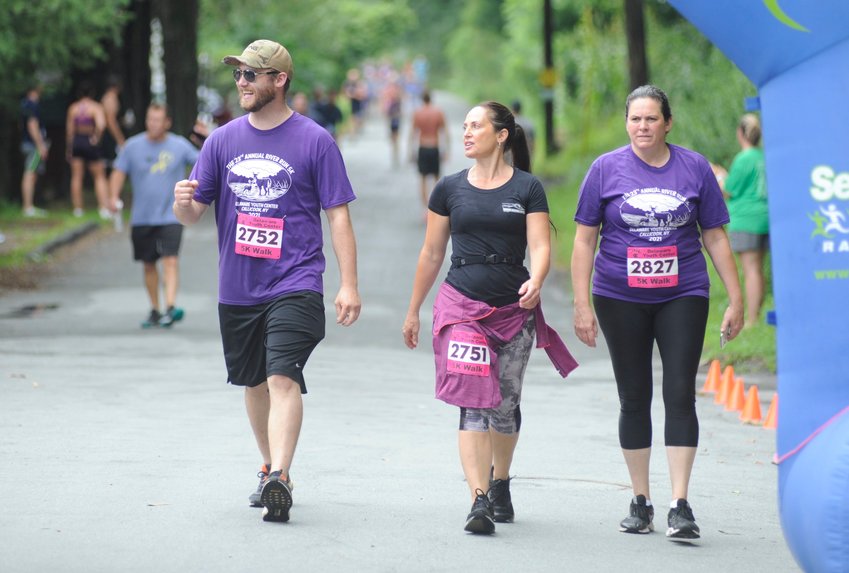 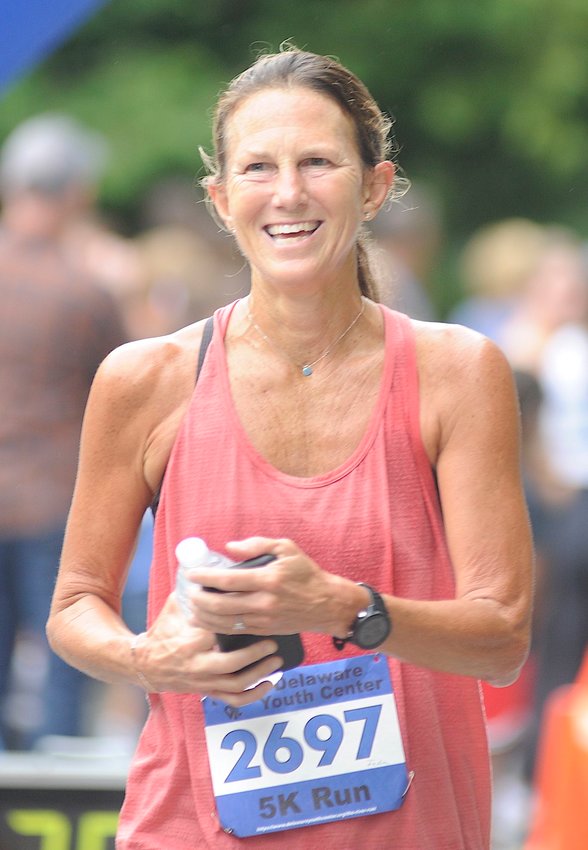 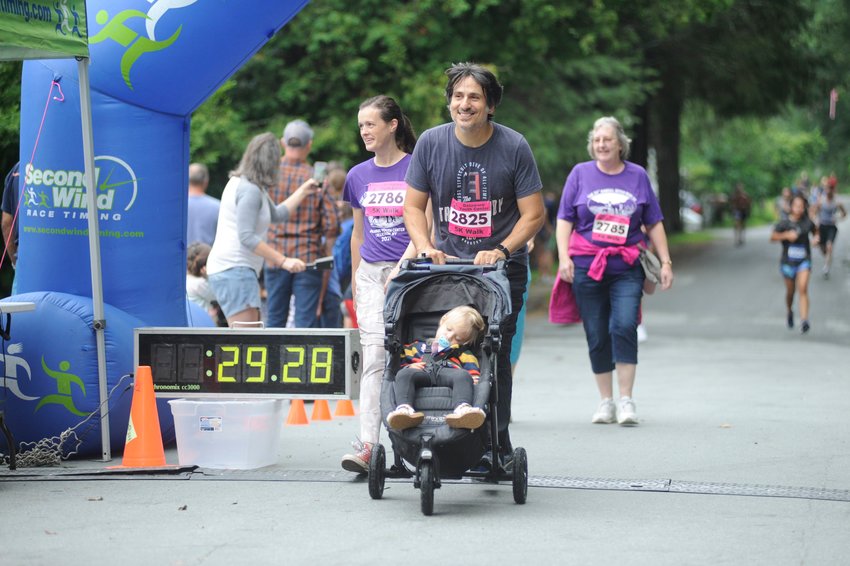 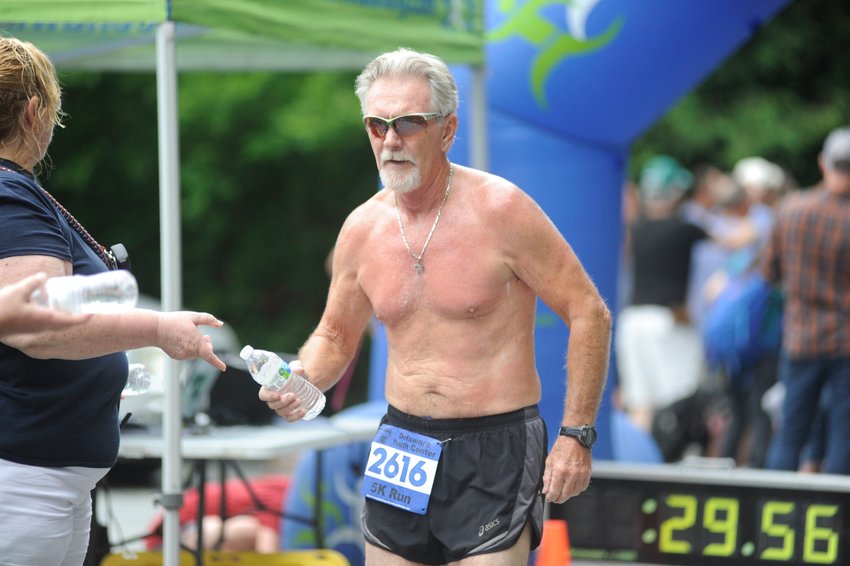 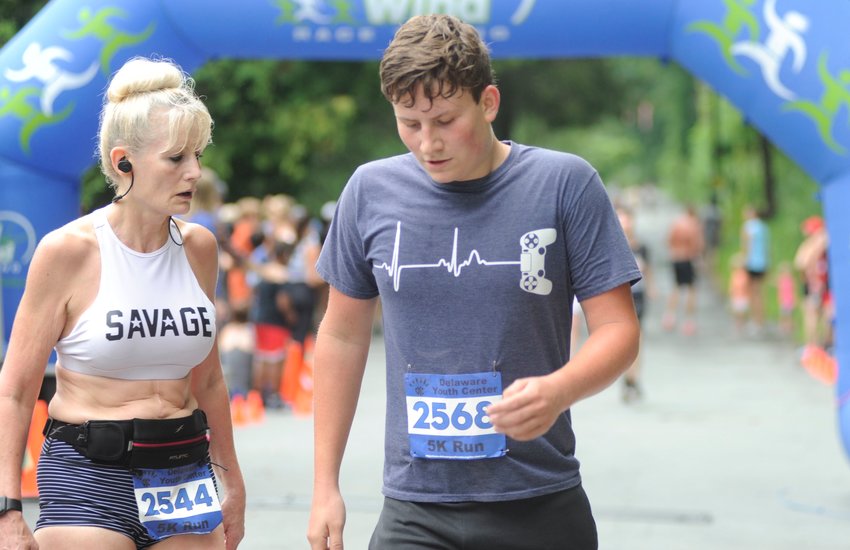 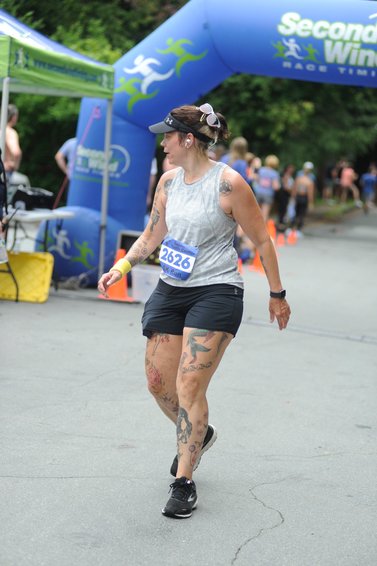 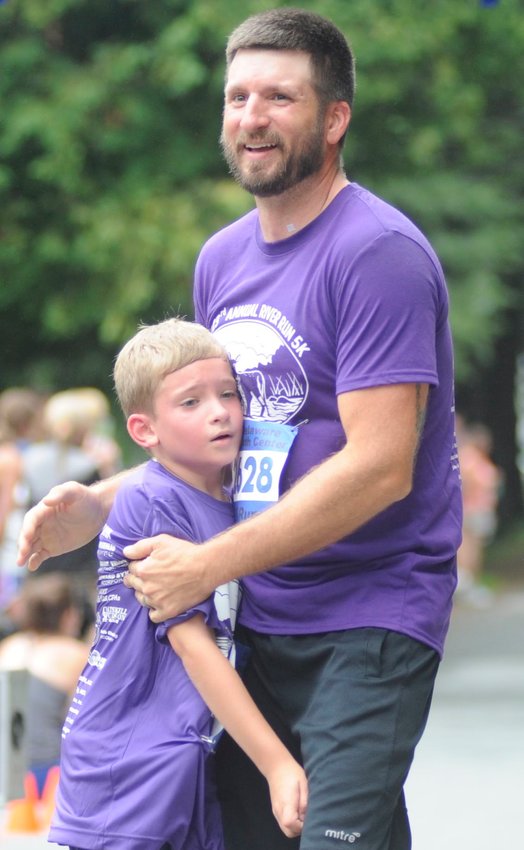 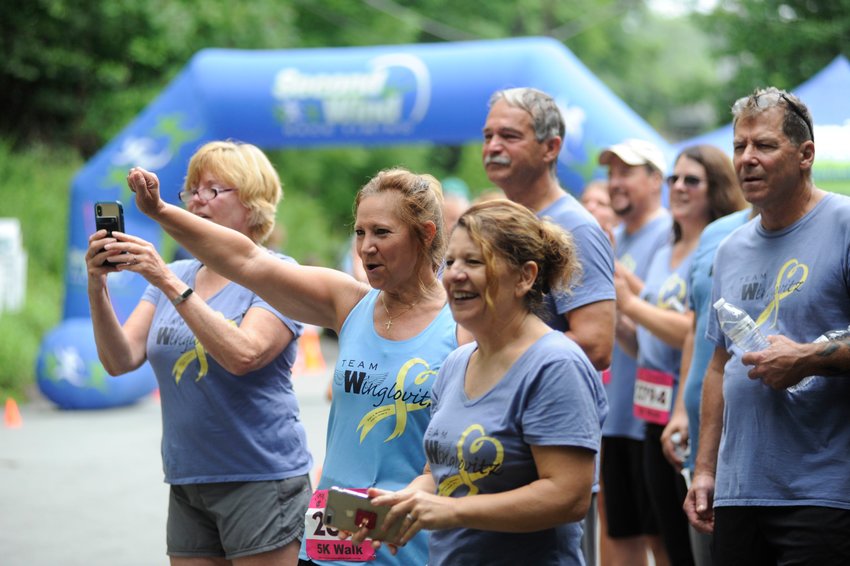 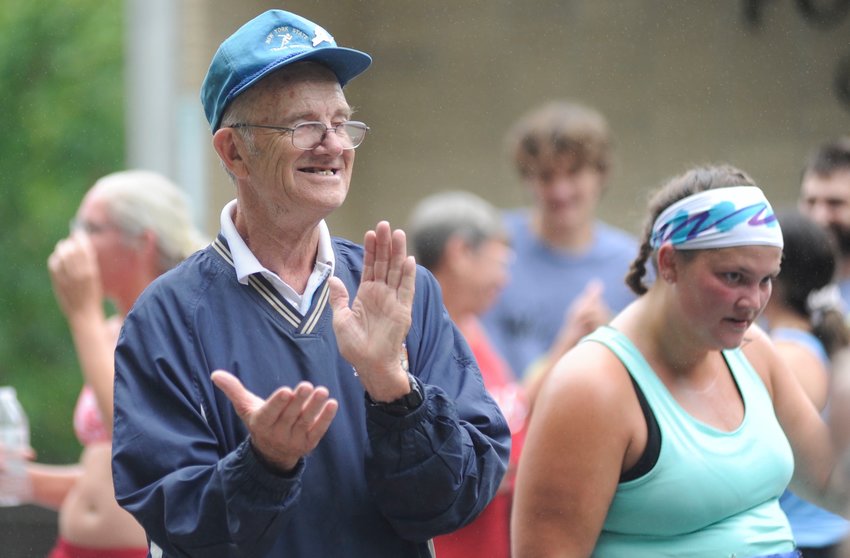 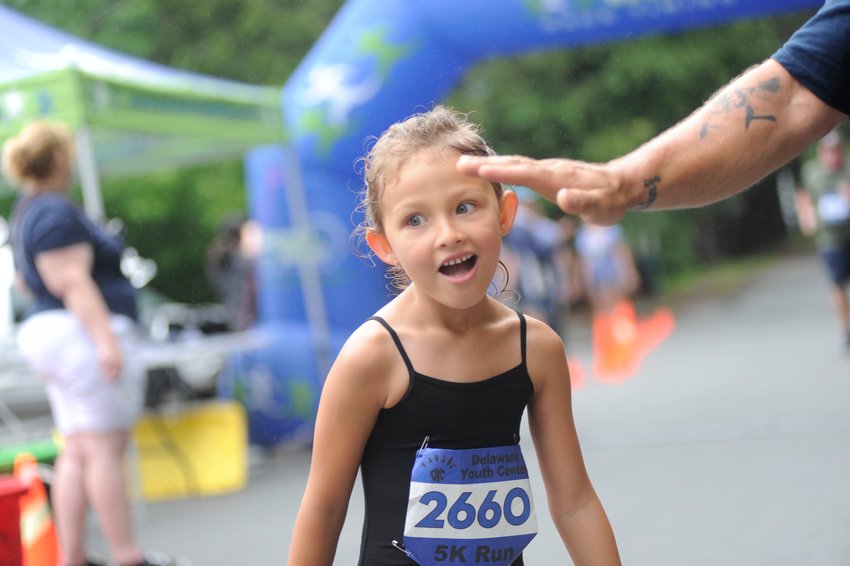