MONTICELLO, NY — Robert “Bob” Lounsbury bought a $2 ticket at the Monticello Raceway—“the Mighty M”—as a teenager back in 1968.

As Lady Luck was riding on …

RR photo by Ted Waddell
Relaxation is a state of mind. Bob Lounsbury takes a few minutes off from training harness horses in his office and tack room...

RR photo by Ted Waddell
A passion for horses. Long-time groom Nancy Fugere and Serious Savannah, one of the horses Lounsbury trains...

RR photo by Ted Waddell
Barb Merton of the Merton harness racing clan poses with Stuben Gladiator, one of the horses Lounsbury trains...

MONTICELLO, NY — Robert “Bob” Lounsbury bought a $2 ticket at the Monticello Raceway—“the Mighty M”—as a teenager back in 1968.

As Lady Luck was riding on his horse, he pocketed $72 when his harness horse took first place in that race of 53-some years ago.

Lounsbury got bitten by the harness racing bug, and over the following decades, the former United States Marine (never, ever say ex-Marine) has maintained two full-time jobs: a local land-surveying business and working as a leading conditioner at Monticello Raceway for several years. 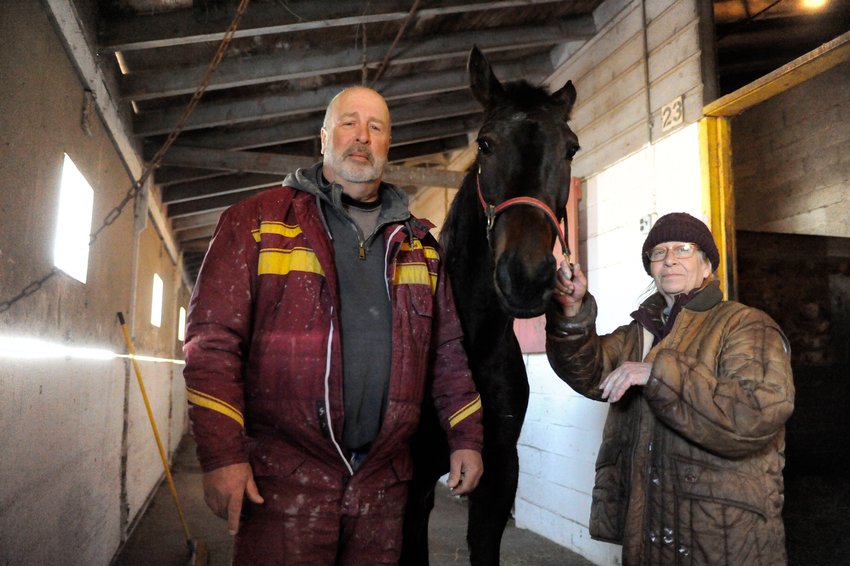 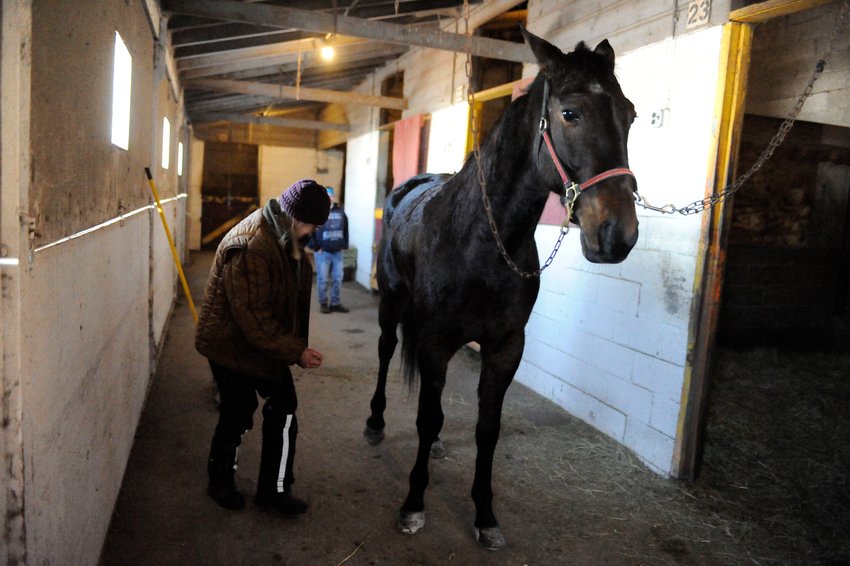 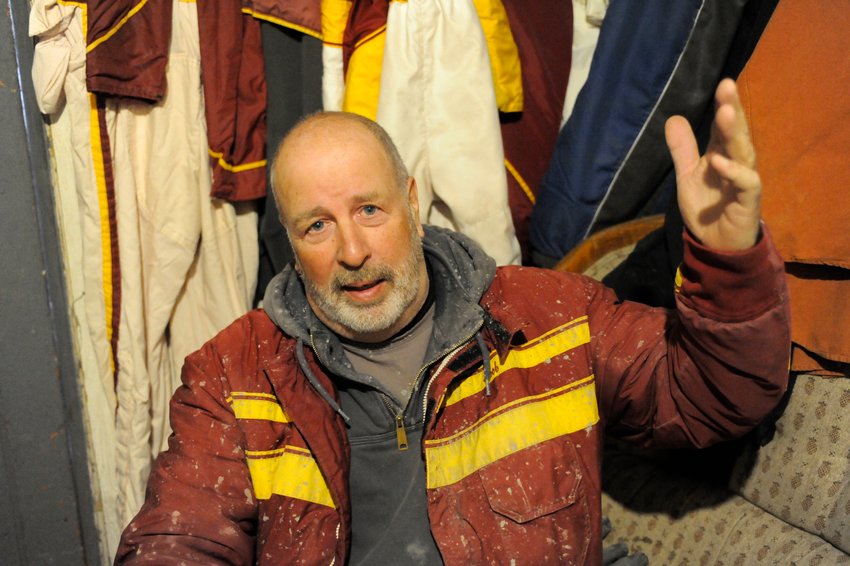 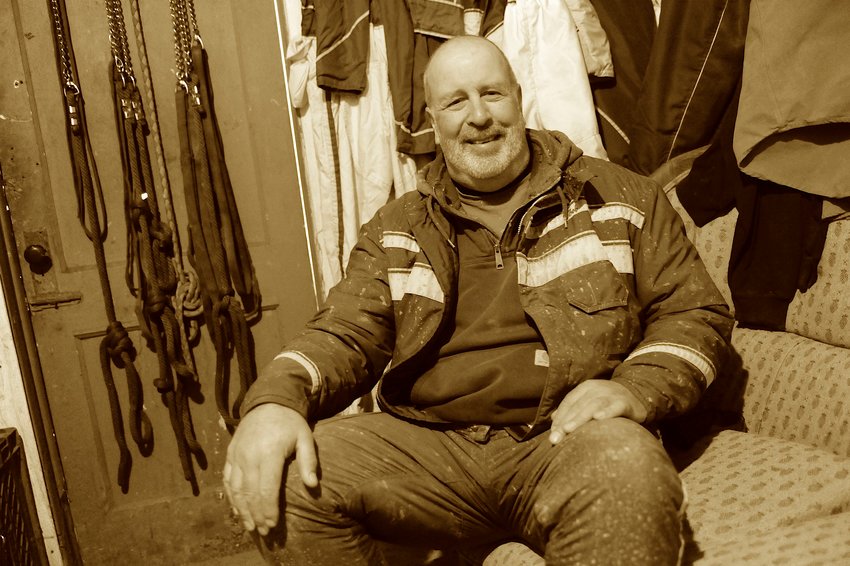 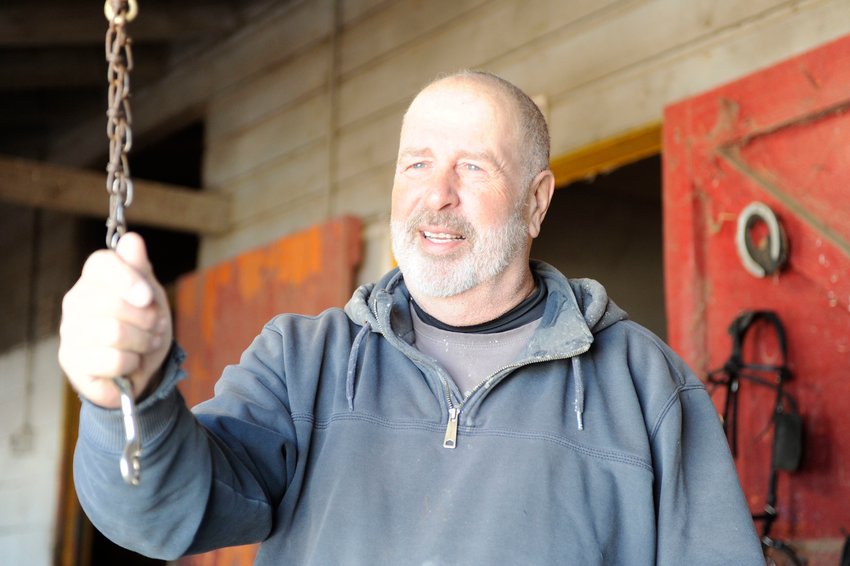 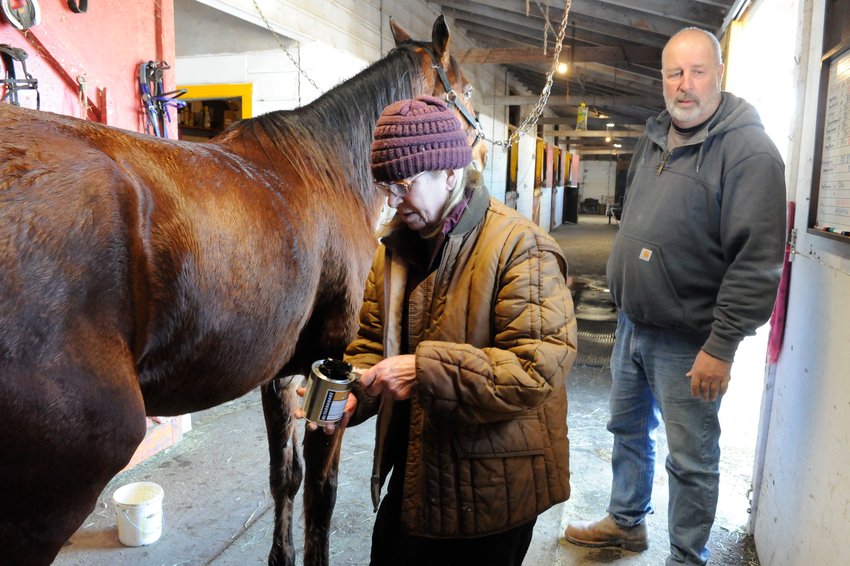 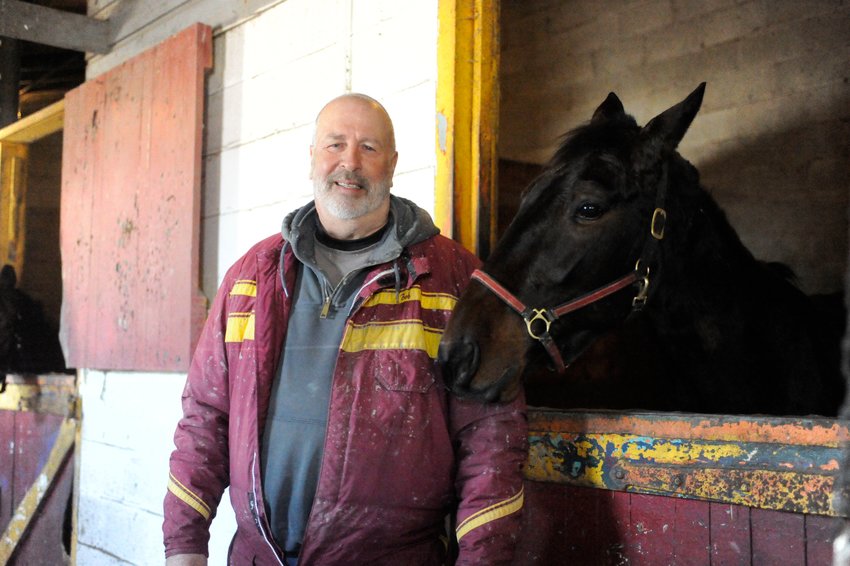 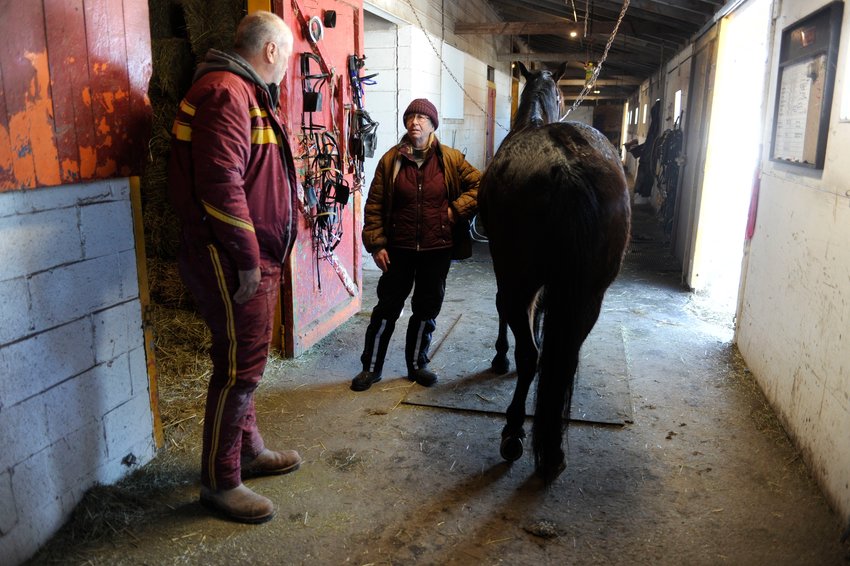 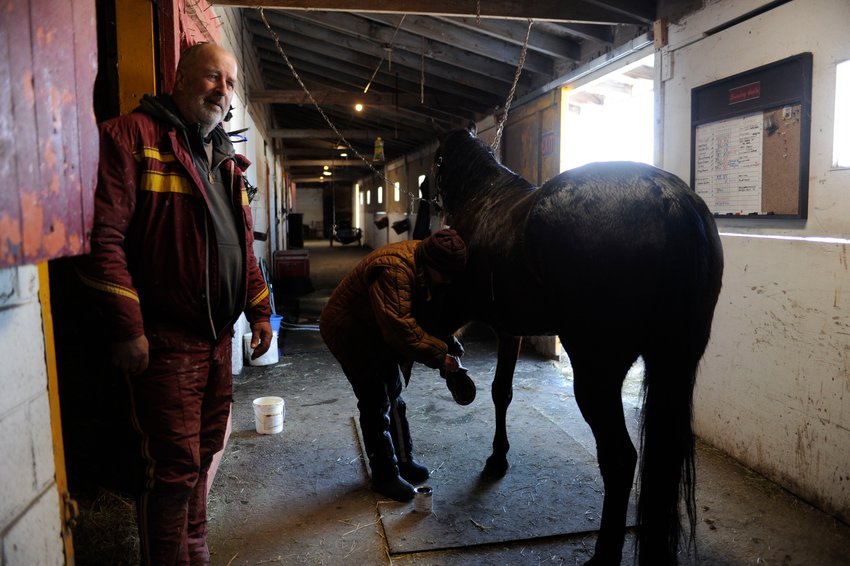 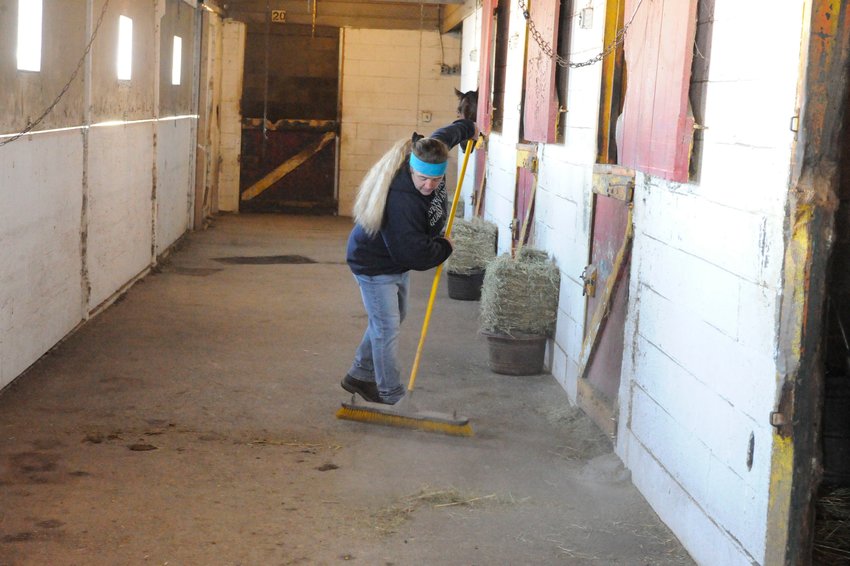 In 2018, he received the local raceway’s Leading Trainer of the Year award, an honor he previously picked up three years running (2013-2015), a time during which he was the percentage-leading trainer in North America with more than 500 starts.

For an in-depth interview with Bob Lounsbury, see next week’s edition of the River Reporter.