My way or the highway

Food writers, chefs, and restaurant critics are a notoriously opinionated gang. Some examples:

In Laurie Colwin’s book “Home Cooking,” she asserts, “As everyone knows, …

My way or the highway

The runaway
By JUDE WATERSTON

Food writers, chefs, and restaurant critics are a notoriously opinionated gang. Some examples:

In Laurie Colwin’s book “Home Cooking,” she asserts, “As everyone knows, there is only one way to fry chicken correctly. Unfortunately, most people think their method is best, but most people would be wrong. Mine is the only right way, and on this subject, I feel almost evangelical.”

A belief of James Beard’s: “The only thing that will make a souffle fall is if it knows you’re afraid of it.”

And three from the inimitable Julia Child:

“If you’re afraid of butter, use cream.”

“I think every woman should have a blowtorch.”

“How can a nation be called great if its bread tastes like Kleenex?”

As for me, I don’t think of myself as particularly opinionated in regard to food and cooking with a few exceptions:

Never, ever refrigerate a tomato. The cold causes the fruit to become mealy in texture and to lose its flavor.

The way to clean mushrooms is with a damp paper towel or a mushroom brush. Do not immerse them in water.

My last job before retirement was at a family-run homemade pasta shop that was in lower Manhattan for more than a century. I did not answer an advertisement to work there; I simply wrote a letter of introduction and placed it, along with my resume, in an envelope. I walked the two blocks from my apartment to the store and handed it to an employee, asking that he pass it along to the owner.

A couple of months afterward I received a phone call requesting that I meet Andrew, the owner, at a local Italian café. Over strong cups of espresso we talked about the neighborhood and the feeling of community around us. He and his older brother, who now ran the factory, had worked for his father and mother in the store since they were kids. He had never been employed elsewhere.

I am certain that I had more experience and knowledge with and about food than anyone hired before me. I soon began ordering all the cheese, dried and fresh sausage, and meat used in the store. I apportioned the cheese, setting up a section in a refrigerated case where we offered two dozen varieties. I sampled each and could explain their nuances to customers. As well, I gave plenty of advice to interested shoppers about how to cook and serve our pasta and also about the many Italian ingredients we sold, such as extra-virgin olive oil, capers, tuna, aged Balsamic and other vinegars, and more.

The matriarch, born in Asolo in the Veneto in Italy, worked in the kitchen, located in the back of the store. There, she cooked and baked and oversaw a small staff of workers who implemented her sauce recipes and other take-out specialties we sold up front. She did not appreciate my food expertise and was in competition with me.

Meanwhile, it galled me that her kitchen helpers, at her instruction, rinsed the mushrooms under running water, refrigerated the crates of tomatoes brought in from the produce store and used only salted butter in the kitchen.

Every morning fresh pasta sheets arrived from the factory in New Jersey. There were flavors like whole wheat, buckwheat, tomato, basil, saffron, rosemary, squid ink and lemon red pepper. We would cut the sheets into linguine, fettuccine and such on an elaborate machine with a guillotine blade. We also sold tortellini and ravioli, the latter of which were filled with truffles, spinach and cheese, seafood, mushrooms, artichoke and lobster. I learned a great deal about pasta that I hadn’t known before, and I found it important to impart that knowledge to our clientele.

One day a young woman walked in and watched me cutting long strips of pappardelle (wide egg noodles) by hand for a customer. I had to use a utility knife because the machine we used for the other cuts didn’t have a setting for pappardelle. Afterward, she motioned me over and said, “I’ve never cooked pasta before, and my boyfriend’s parents are coming over for dinner tomorrow night. They’re from Rome and I want to impress them. Can you help me?”

This was what I lived for—a customer who was interested in my input. “I know nothing about pasta,” she admitted.

“Well, there are a few important things to know,” I began. “Always add plenty of salt to the cooking water or the pasta will have no flavor. And never add olive oil to the pot. This interferes with the sauce clinging to the noodles. Likewise, never rinse the pasta after it’s cooked, for the same reason. You’re removing the starch which helps the sauce to adhere.”

She nodded eagerly as I talked. To my right, I could see my coworker, Adriana, ringing up customers at the register. We smiled at each other. “Don’t over-sauce. Italians consider the sauce a condiment. The pasta is the star.” “What about cheese on top?” she asked. “Always use either freshly grated Parmigiano-Reggiano, or if you like a stronger flavor you can buy Pecorino Romano, which is made from sheep’s milk and has a bit of a tang.” I pointed to the refrigerated case beside us where there were trays of large chunks of both cheeses.

The young woman and I discussed the various types of pasta she might use and discussed whether she should buy one of our prepared sauces or make her own to really wow her boyfriend’s folks. She wanted to make her own and serve it on our mushroom pasta, which she asked me to cut into pappardelle. I told her an easy sauce I liked to make with heavy cream, butter, and parmesan that would be perfect with the mushroom pasta. She could even sauté some thinly sliced cremini mushrooms to toss with the pasta and simply garnish it with chopped fresh flat-leaf parsley.

She thanked me profusely and took her purchases up to the register. “Wow, she was so helpful!” she said to Adriana. “Yes, it’s her way or the highway,” my friend responded. I laughed. I realized then that I was more opinionated than I’d imagined. And I knew that the dinner that woman was going to prepare later that day was going to be perfect. 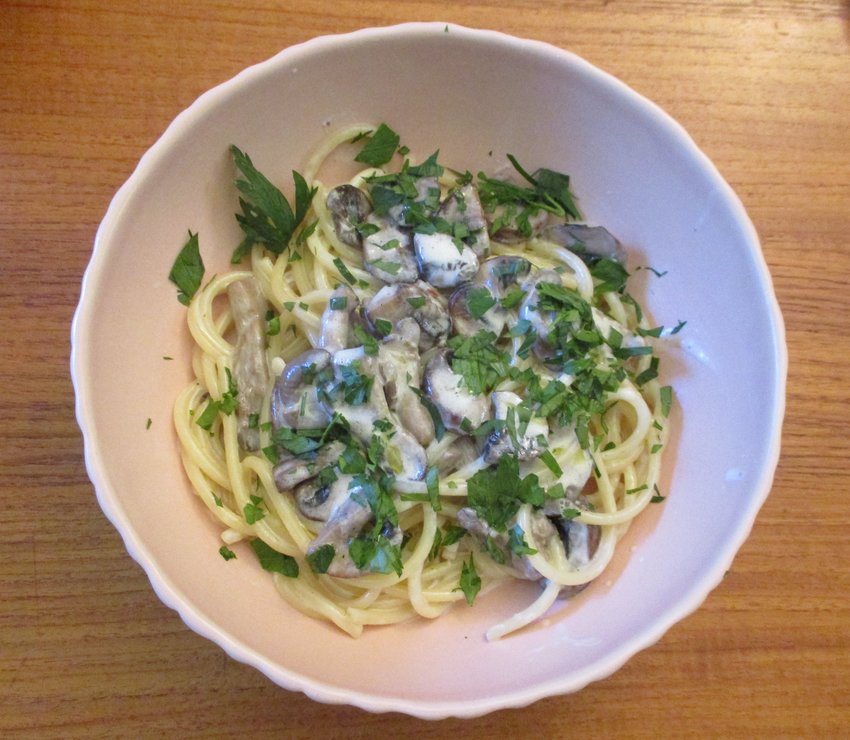 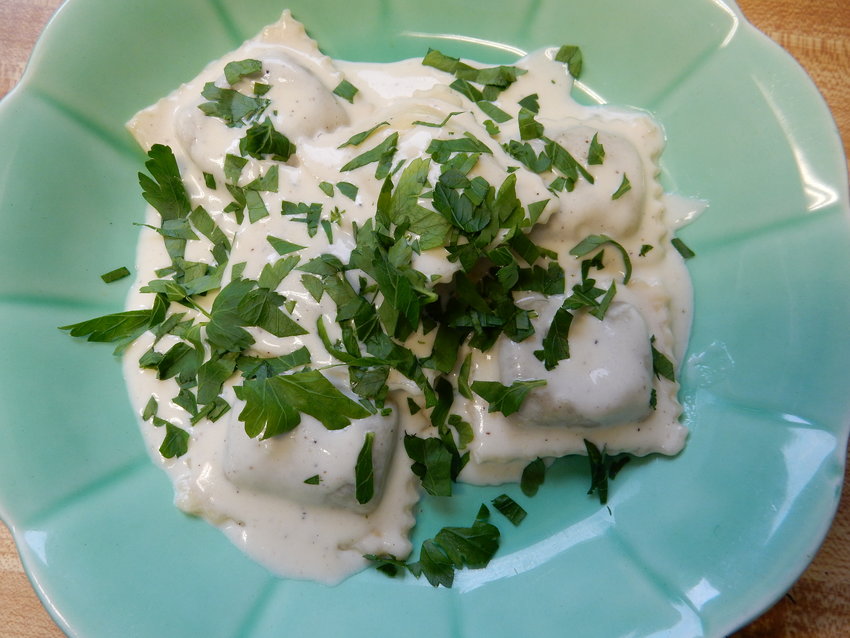 A smattering of tips, hints and truths

Make this holiday gnome out of fondant