HONESDALE, PA – If the fanatic fans of demolition derby at the 159th Wayne County Fair had had their say, former president Donald J. Trump would have taken gold at the ever-thrilling demo …

Trotters set the pace at local fair
By TED WADDELL

HONESDALE, PA – If the fanatic fans of demolition derby at the 159th Wayne County Fair had had their say, former president Donald J. Trump would have taken gold at the ever-thrilling demo derby.

At least that was the impression this sports scribbler had after hearing them roar in approval when a car outfitted in red, white and blue stripes, featuring “TRUMP 2024” painted on the sides, passed in review before the sold-out grandstands on Saturday, August 14, the final day of the local county fair.

Lanza #81 was driven by 13-year-old Bobby Lanza of Honesdale, PA, while his father, Brian, hitched a ride on the hood. His son drove the car to a lineup of cars, where several of the drivers in the youth compact division were interviewed by the track announcer from Spinning Wheels Productions, a group of diehard demo derby folks.

Afterwards, Bobby’s father, as per the rules of the division, got into the shotgun seat, while his son battled hard against the other youthful drivers, only to be sidelined about midway through the race, after #81 was put out of commission.

After the mud settled, both young drivers embraced in a show of sportsmanship, and later posed with trophies as their smoldering wrecks were winched onto trailers for the trip home, or most likely the junkyard—or perhaps Craigslist.

Before the races, several kids got to play demolition driver, as they bumped into each other with tiny battery-powered monster trucks, which were the closest things to kid-sized demo cars that you could find at the toy store.

Piper Hansen, five, and her nine-year-old sister Makenzye teamed up in a much-scaled-down version of the Grave Digger, and later listened to their mother, Melanie Hansen, of Damascus, PA, perform a patriotic song. 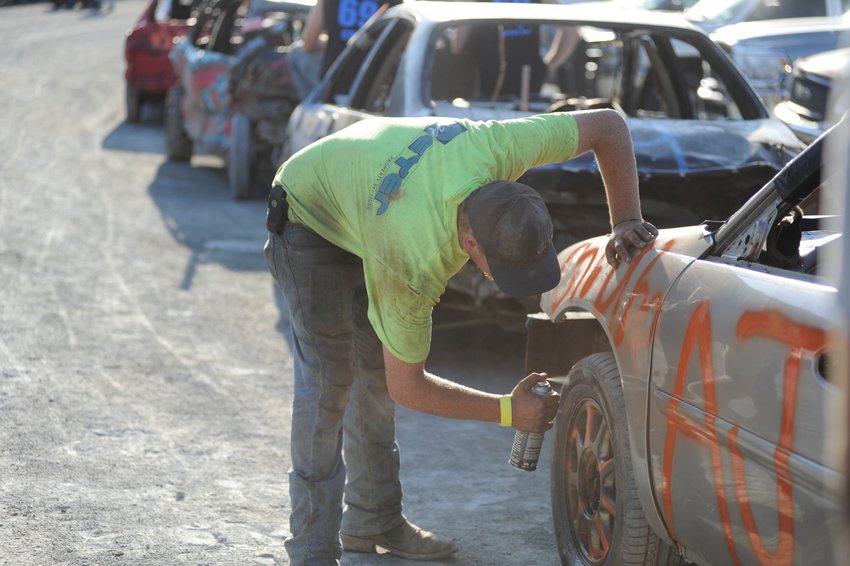 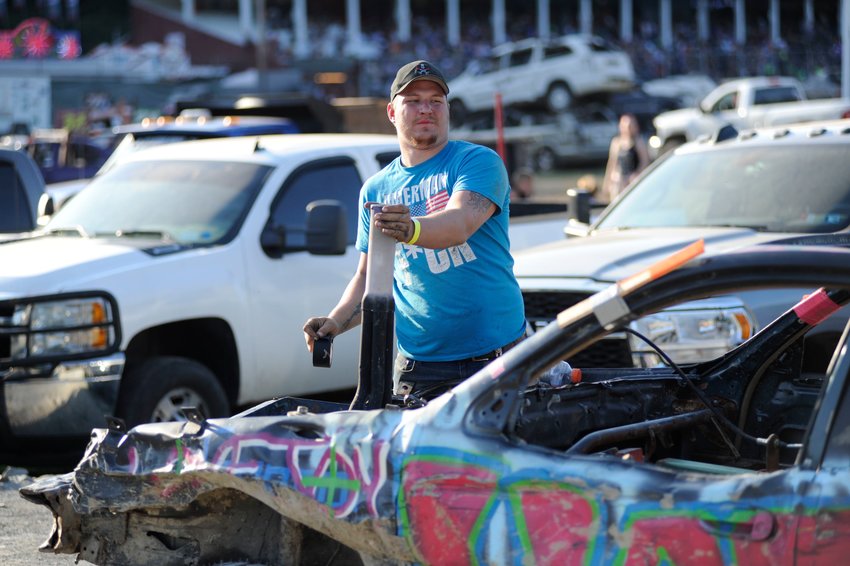 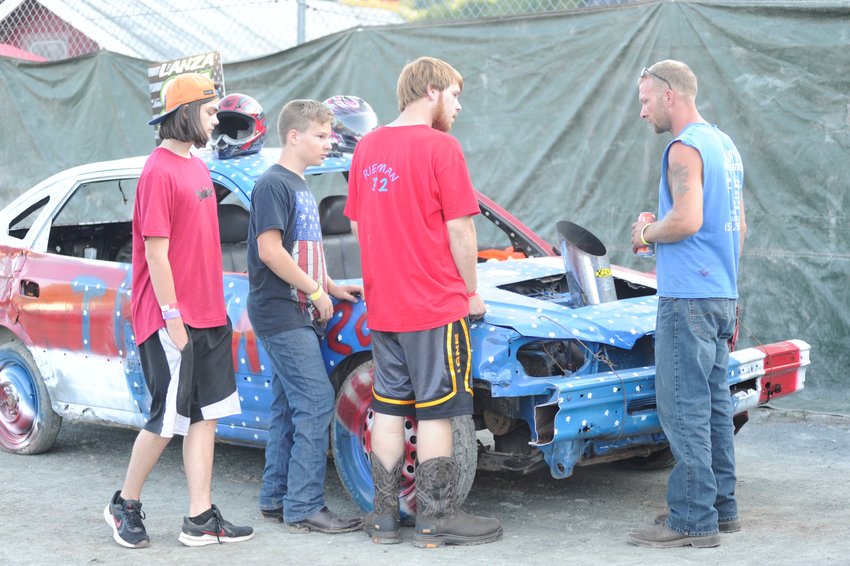 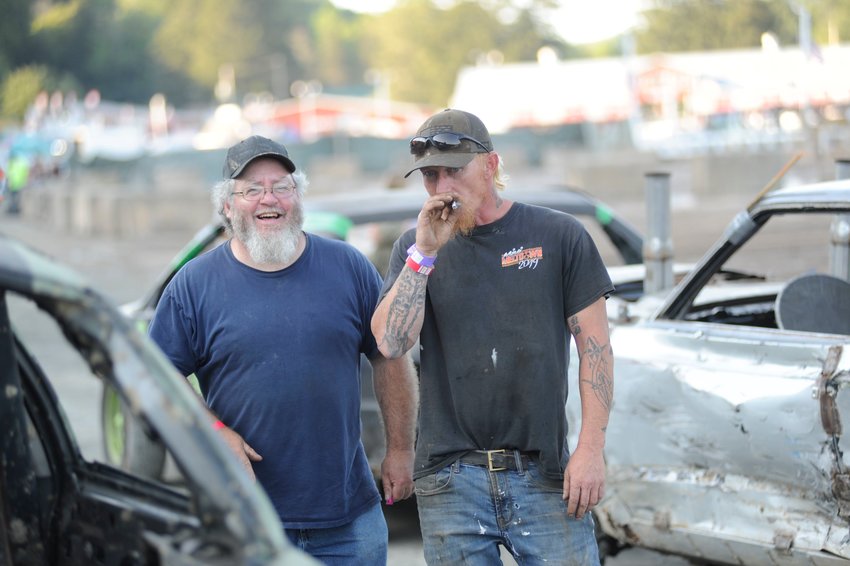 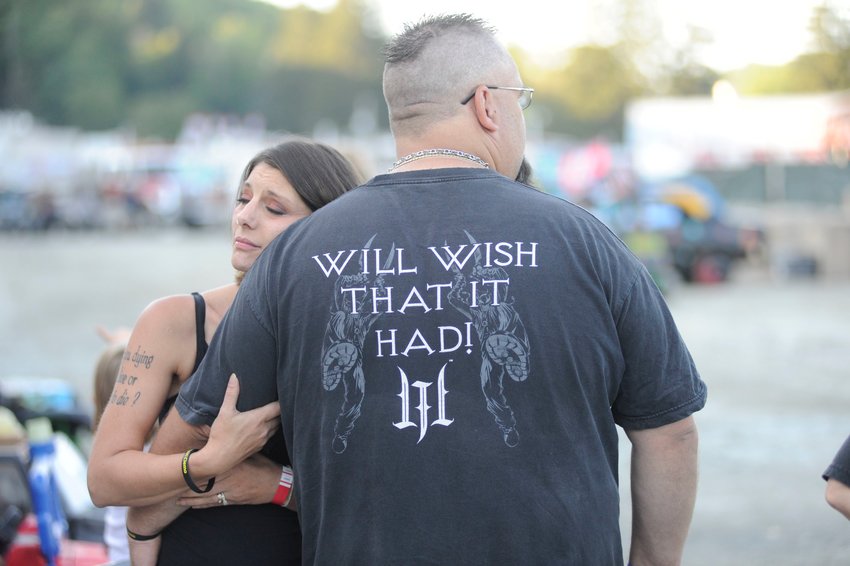 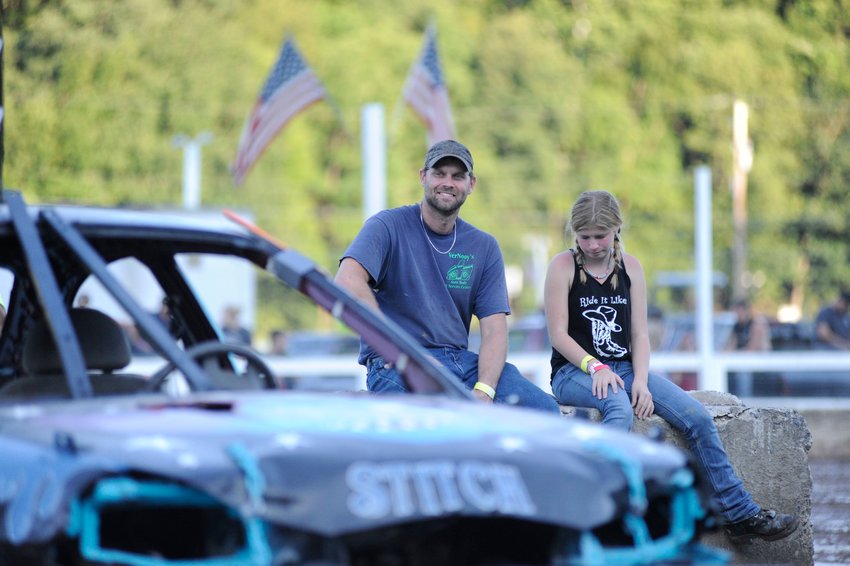 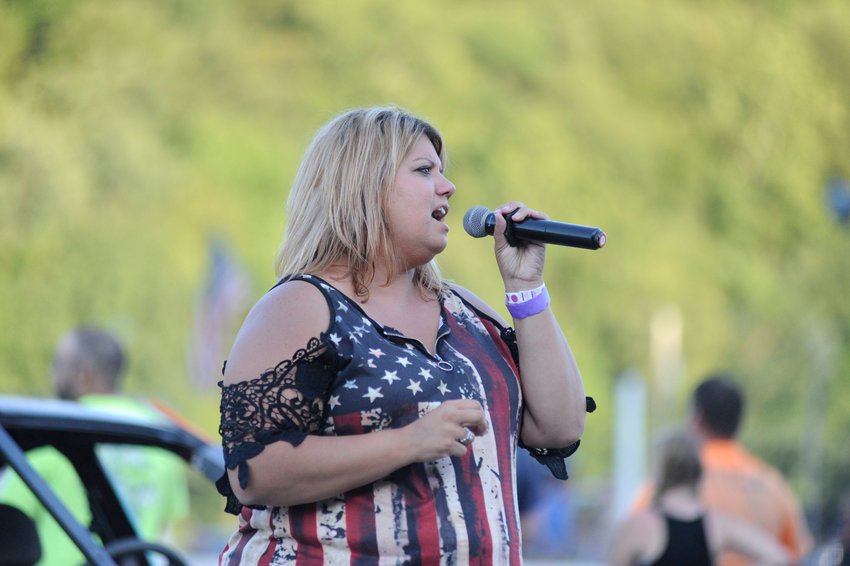 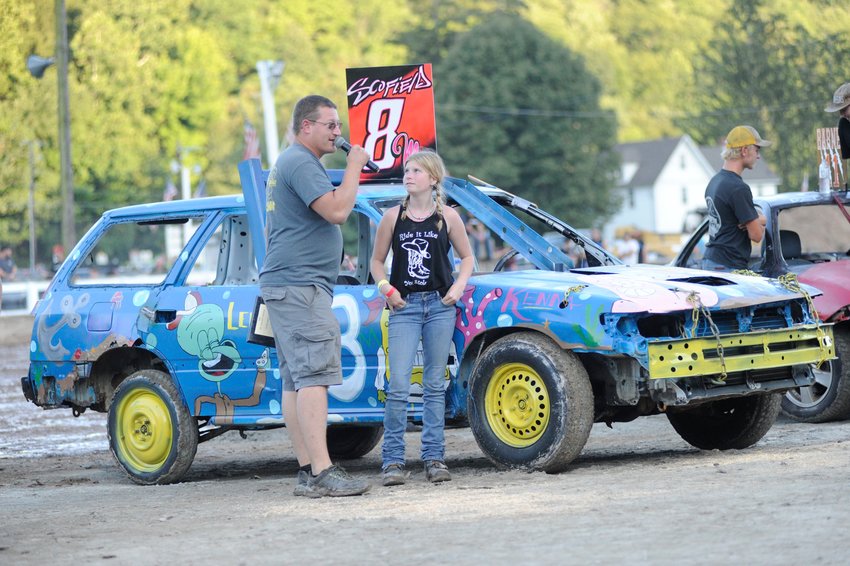 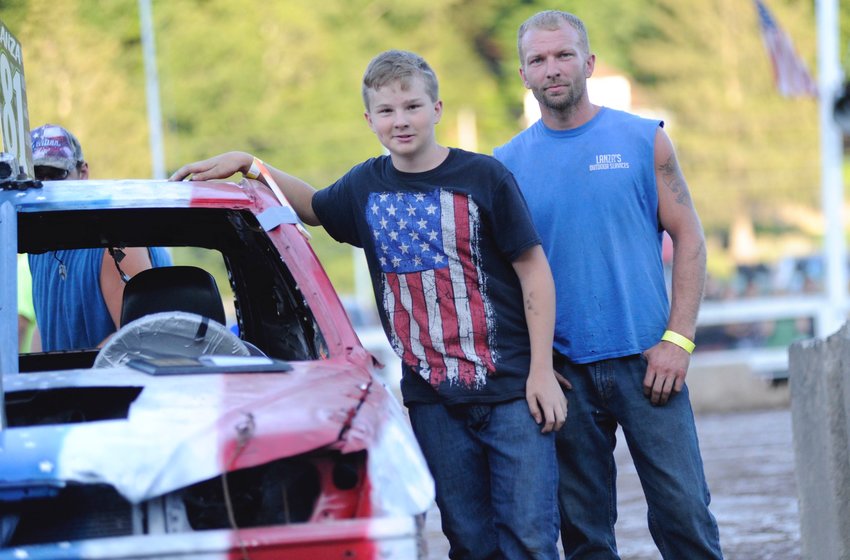 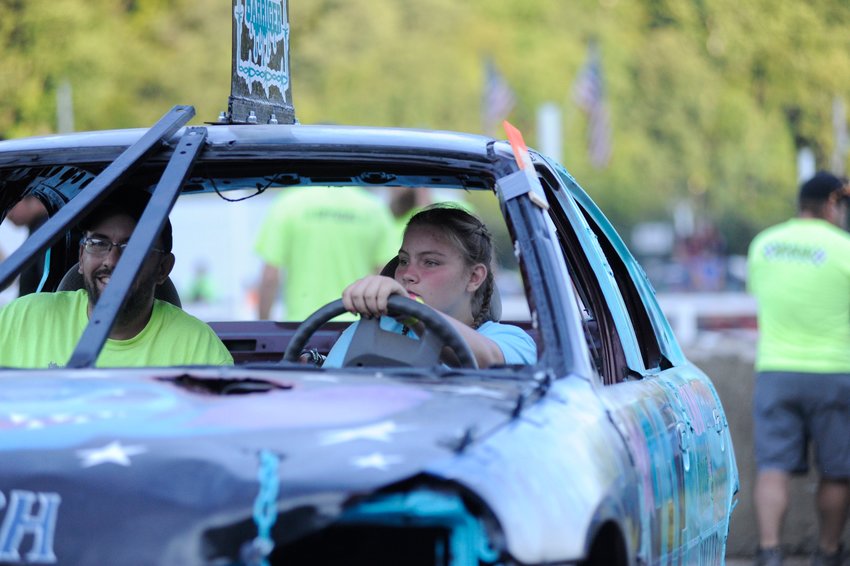 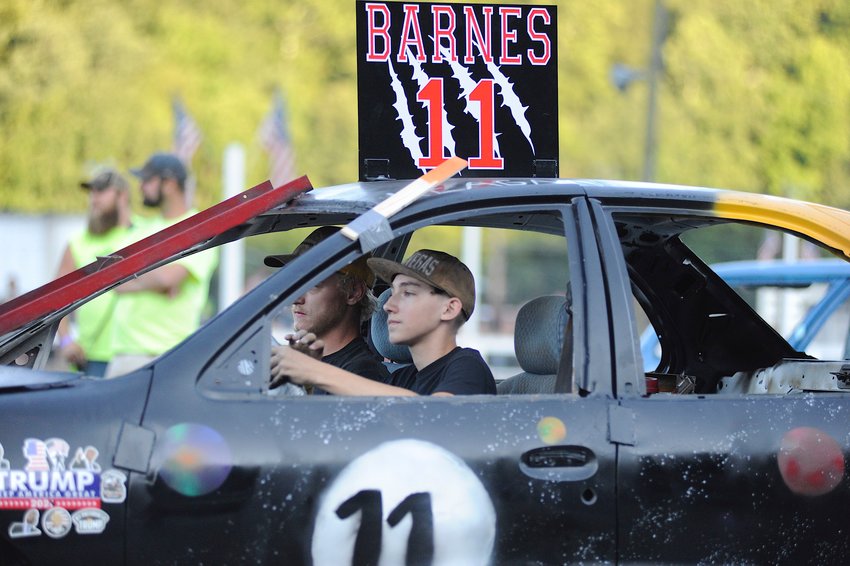 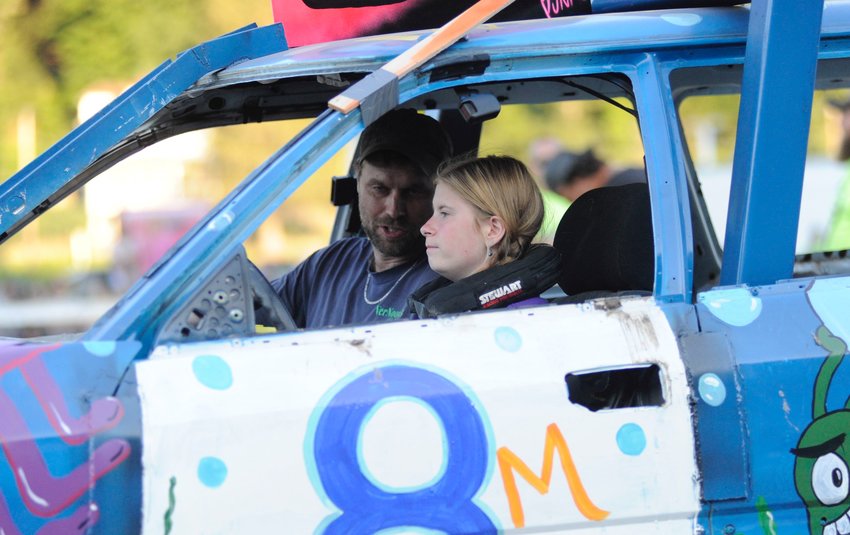 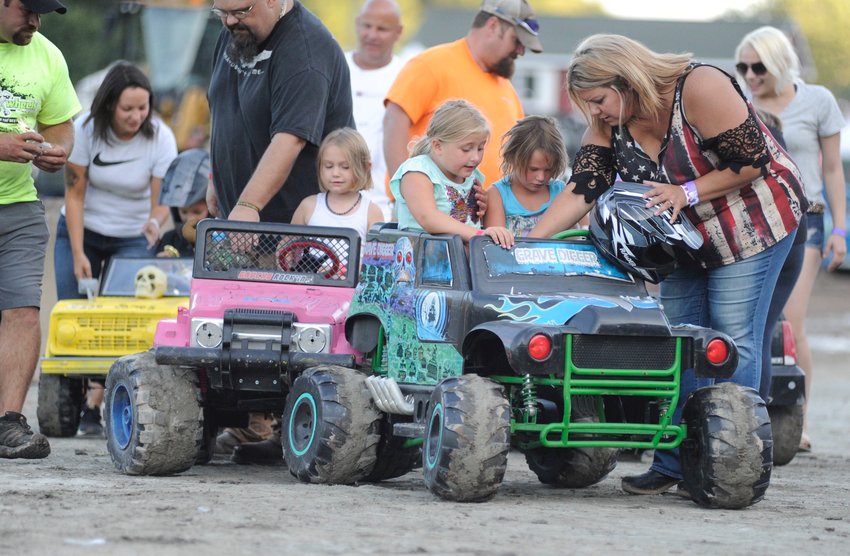 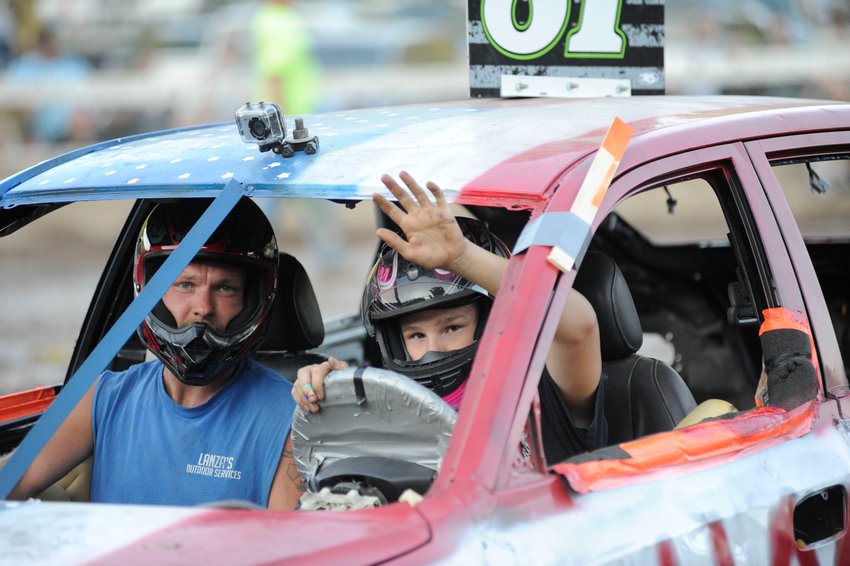 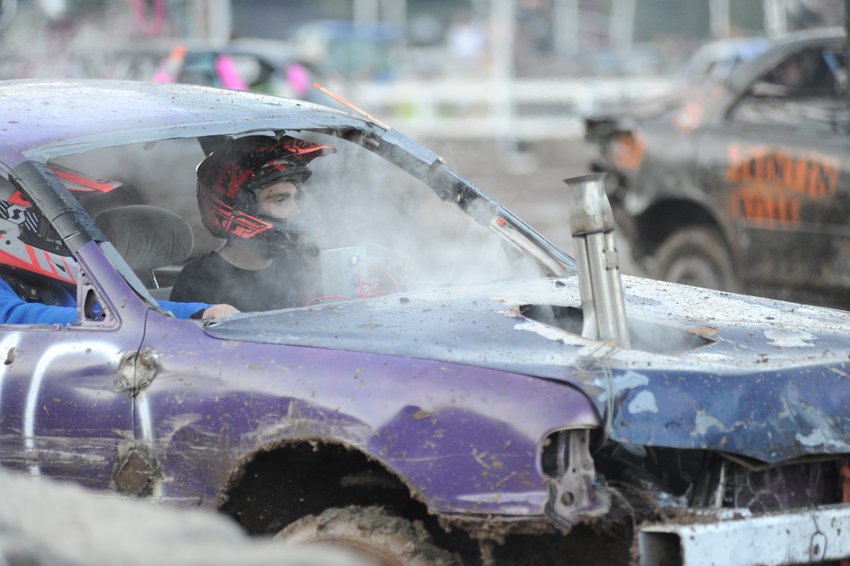 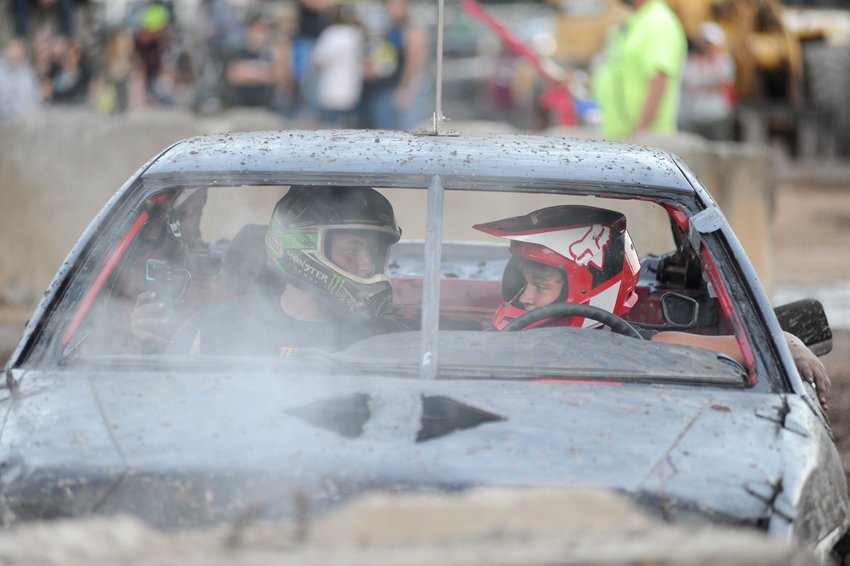 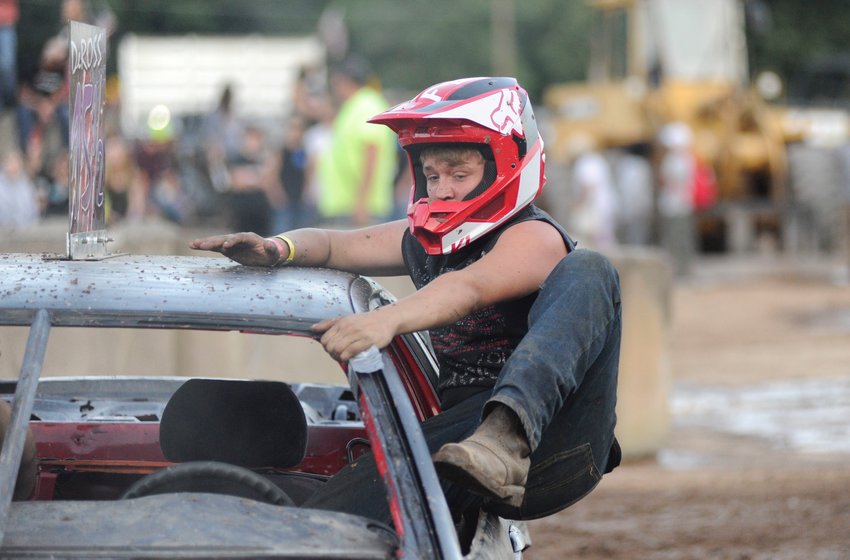 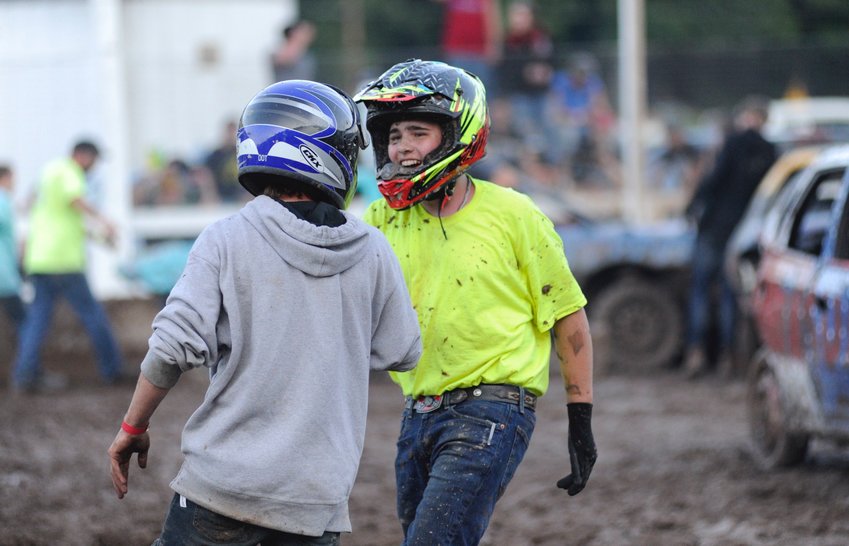 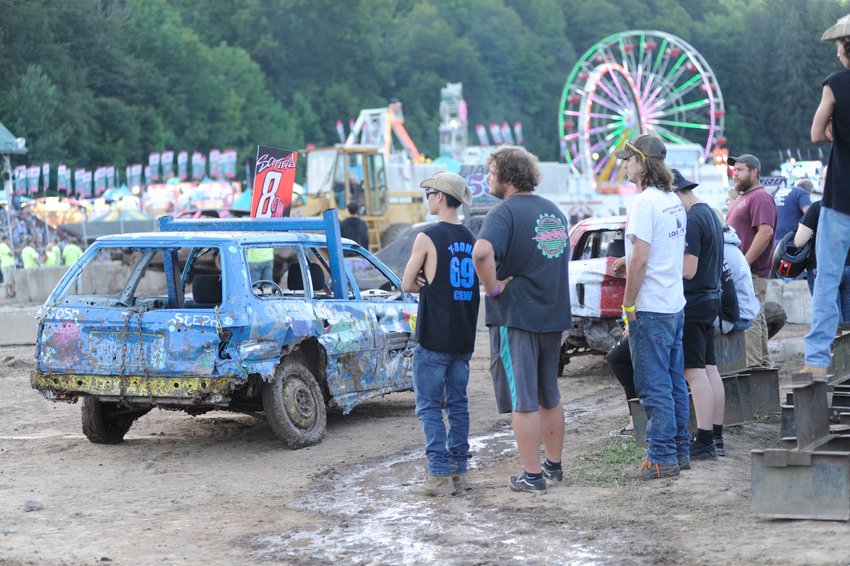 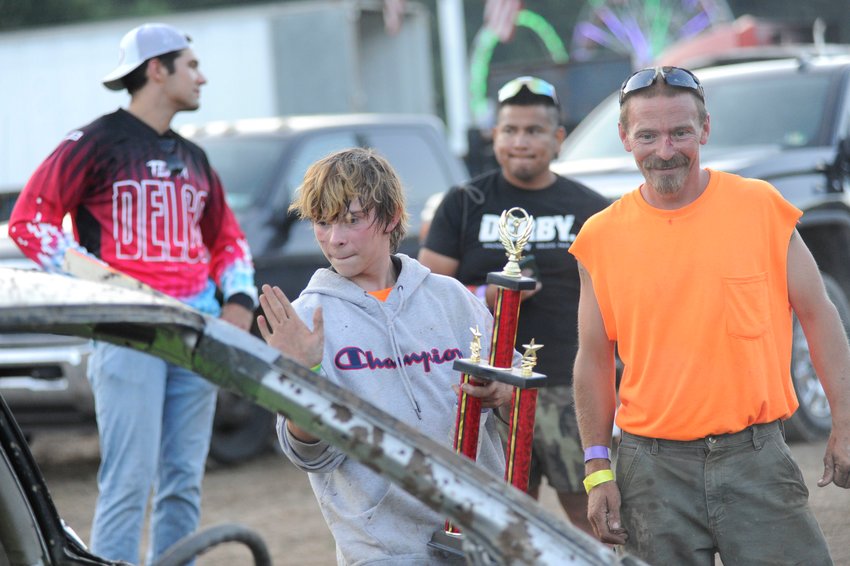 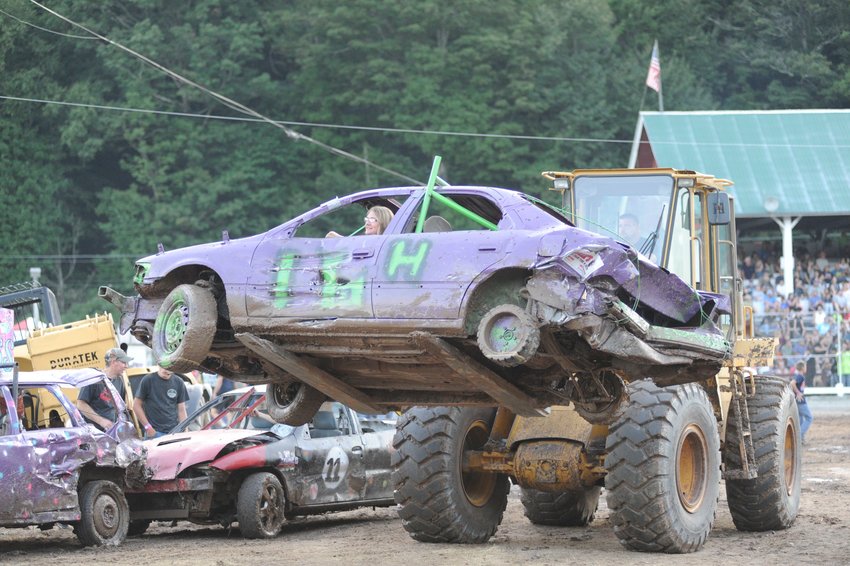 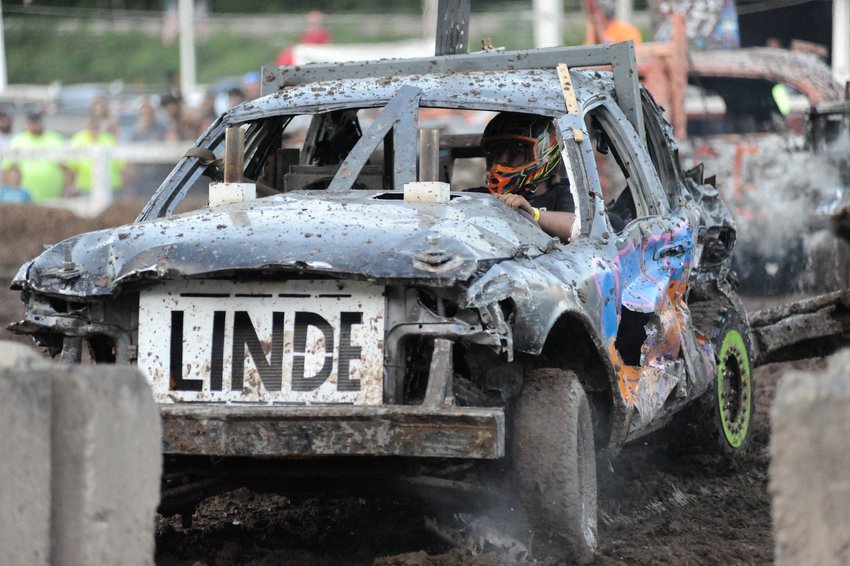 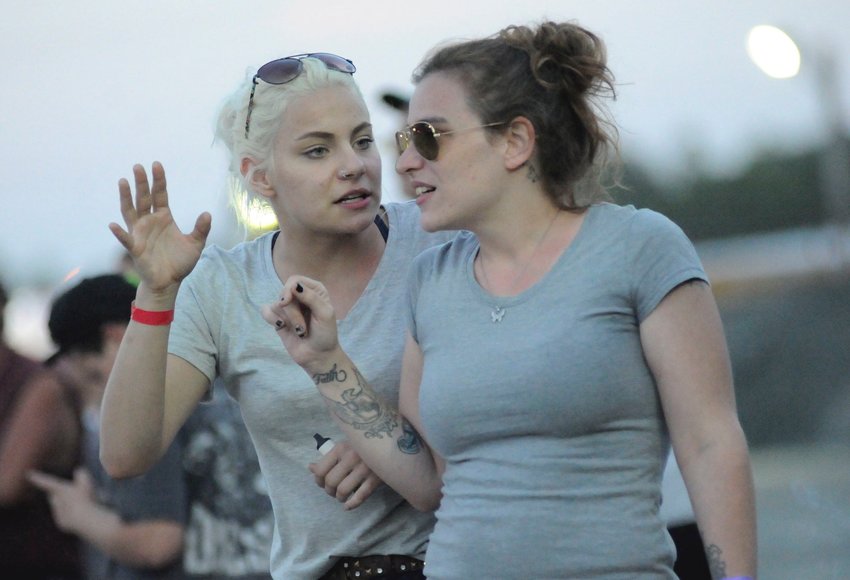 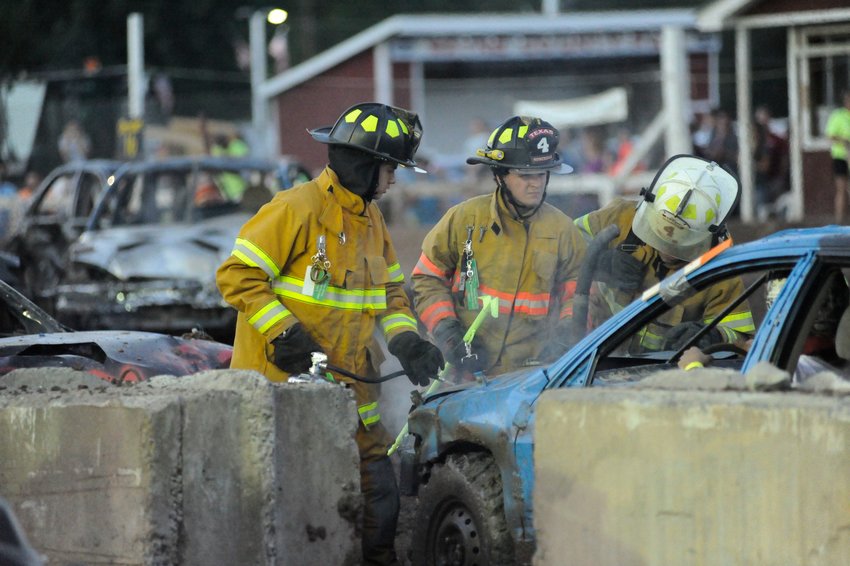 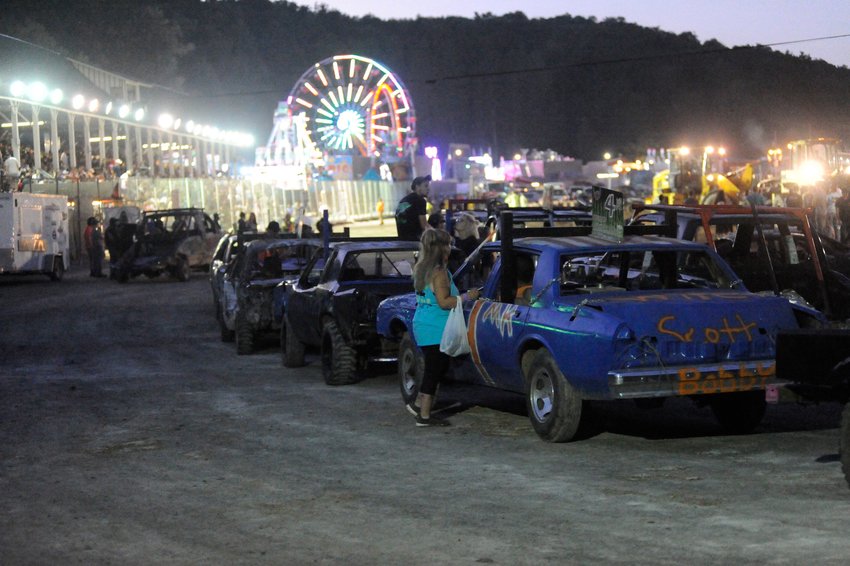